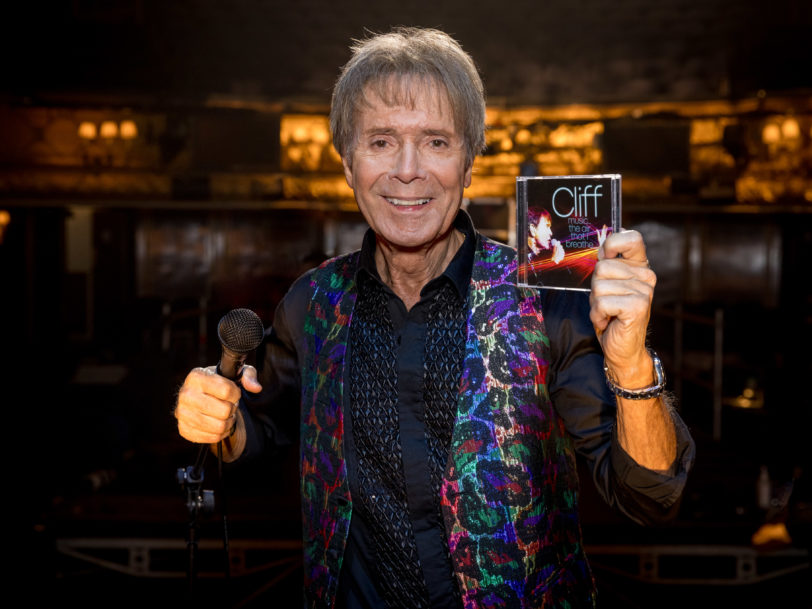 Cliff Richard: Why The British Rock’n’Roller Lasts Beyond A Summer Holiday

As Cliff Richard enters his ninth decade, the British rock’n’roll pioneer has transcended trends, becoming one of the most beloved artists of any era.

Cliff Richard first sang of a summer holiday way back in 1963, enticing fans to join him on a trip “where the sun shines brightly”. Wimbledown fans weren’t so lucky during the summer of 1996, however, when serious downpours threatened to make a washed-out of Wimbledon’s men’s quarter-final. Brightening everyone’s day, however, Cliff Richard – a longtime Wimbledon fan who for the first time that year, had become a member – stood up in the Championship stands to lead the crowd through a six-song singalong, after Radio Wimbledon asked him.

In his light linen suit and mint-green tie, he was every bit the star, still mastering the hits that made him a national treasure, among them Living Doll, The Young Ones and, of course, Summer Holiday. He’d come a long way from the rebellious teenager who, in the 50s, proved Britain had what it took to compete with the likes of Elvis Presley and that other rock’n’roll Richard – Little. Undoubtedly, Cliff aced it and saved the day, ensuring that his contribution to British culture remained undimmed. As John Lennon once said, before Cliff Richard “there had been nothing worth listening to in British music”. After him, a whole new world of rock and pop became possible.

Cliff Richard’s breakthrough was sandwiched between Elvis’ pelvis and The Beatles’ mop tops; nowadays he sits behind only those two trailblazers as the third biggest-selling artist in the UK singles charts. When he released his debut single, Move It, in 1958 – two years after The King’s epochal 1956 recordings, and what now feels like a lifetime before The Beatles burst onto the scene – Britain finally had a rock’n’roll icon they could claim as their own.

Born Harry Webb, on 14 October 1940, the budding singer performed in pre-rock’n’roll-era skiffle groups before changing his name and heading in a dynamic new direction with Move It. “Cliff” conjured up images of a cliff face – solid as a rock for this new rock’n’roll pin-up – but it just as easily made people think of “chiselled”, like the cheekbones he sported which would soon send girls starved of any direct contact with Elvis (who never performed in the UK) into frenzies up and down the country.

On a roll, Richard scored further UK hits, among them Mean Streak and his first UK No.1 (of a current total of 13), Living Doll – all echoey vocal and laidback charm that proved he was a versatile singer who could – and soon would – tackle a wide range of styles. Taking him into the US Top 40 (it peaked at No.30), the song also found the British newcomer holding his own in the home of rock’n’roll. (In just a few years he would start recording German-language versions of his songs, creating a parallel discography stuffed with further hits.)

The 60s may be most often remembered as the era of The Beatles, “flower power”, peace’n’love and hippie hangouts, but it was also Cliff Richard’s decade. As his backing band, The Drifters, morphed into The Shadows, they also gave the UK another rock’n’roll hero. Bespectacled guitarist Hank Marvin came on like the UK’s answer to Duane Eddy, influencing everyone from Queen’s Brian May to singer-songwriter Richard Hawley. Recording both as Cliff Richard’s group and under their own name, The Shadows also bequeathed a lasting legacy to hip-hop, in the shape of the twangy guitar instrumental track Apache. Later given a frenetic makeover by Incredible Bongo Band, who, in 1973, slathered it in horns and percussion while replacing Marvin’s guitar lines with Hammond B3 organ riffs, Apache become one of the most-sampled tracks in the history of hip-hop.

With that musical revolution still over a decade away, Cliff Richard was starting a different kind of insurgency back home. Taking lead roles in film musicals The Young Ones (1961) and Summer Holiday (1963), he proved that he could easily dethrone The King as an actor. Quickly storming to the top of the box office in the UK, in the early 60s Richard was a bigger cinematic draw than even James Bond.

If the events of 2020 have completely altered the concept of what a British summer holiday looks like (at least for now), Summer Holiday itself remains a perfect escapist vehicle in which Cliff and a cast of eager companions bomb it around Europe in a double-decker bus. And while The Young Ones’ theme song had been his best-selling single, the anarchic 80s sitcom of the same name took the opportunity to update it for a whole new cultural milieu, transplanting Richard’s dreamy original to a student digs. The show’s bratty housemate Rick was an avid Cliff Richard fan, and the series was shot through with references to the singer, who, in 1986, performed Living Doll with the cast of The Young Ones for Comic Relief.

The association ensured that Cliff Richard connected with a new audience. If such acts as Shakin’ Stevens and US rockabilly outfit Stray Cats were looking the original 50s rock’n’rollers for their 80s-styled tributes, then here was Cliff, a direct connection to that bygone era, providing all the inspiration you could need: classic songs, longevity, and the respect of his peers. (Stars were lining up to work with him, including Bryan Ferry, who provided backing vocals to Cliff’s 1979 UK No.1, We Don’t Talk Anymore; Kate Bush, who performed a live duet with him as part of the London Symphony Orchestra’s 75th anniversary; and classical soprano singer Sarah Brightman, with whom Richard took the Andrew Lloyd Webber co-write All I Ask Of You to No.3.

In 1995, more accolades came Cliff Richard’s way when he became the first pop star to be knighted, leading the way for an elite group of British musicians that now also includes David Bowie and Mick Jagger. That bad boy of rock’n’roll may have broken all the rules in the 60s and 70s, but Cliff Richard made British rock’n’roll credible long before The Rolling Stones started up. Keith Richards, too, was watching – in a half-hearted ruse to make it seem as though the Stones’ notorious guitarist was related to his rock’n’roll forbear, he briefly dropped the “s” from his surname.

Part of the fabric of our culture

Now entering his ninth decade on this planet, the octogenarian Cliff Richard is a survivor who can claim to have truly made his mark. He is the only artist to top the UK singles chart in five consecutive decades, and, along with Elvis, the only singer to score a chart hit in every decade from the 50s to the 2000s. His new album, Music… The Air That I Breathe, which features covers of The Beatles’ Here Comes The Sun and Bee Gees’ Too Much Heaven, along with a guest spot from Mark Knopfler on PS Please, could add to that tally in the 2020s.

While Presley has had a healthy posthumous career to sustain him through various reboots, Cliff Richard remains alive and well; he’s always been there, part of the fabric of our culture, every time we’ve needed him.

And he’s there still. If the Wimbledon performance proved that, in later years, Richard actually has nothing to prove, it also gave us an insight into a man who is as committed to lending a hand as he has been to cultivating one of the longest, most successful careers in the history of music – and having fun as he does so. Splitting his time between Barbados and Portugal, Richard’s COVID-19 lockdown surely looked very different to the one many of his fans experienced back home in the UK during the spring of 2020, but a knowing video of We Don’t Talk Anymore was more than a money-raiser for Shooting Star Children’s Hospices. With a large grin and little ego, it was a genuine, light-hearted attempt to reach across the oceans and connect with a fanbase that has always remained fiercely loyal to him, from the first guitar twang of Move It to the final strains of Mistletoe And Wine, the perennial Christmas hit that brings every year to a close for families throughout the world.

Though officially an expat, Richard “will always be British and proud of it”, he once told The Daily Telegraph. And Britain will always be proud of him.

Cliff Richard’s new album,Music… The Air That I Breathe, is out on 30 October and can be ordered here.