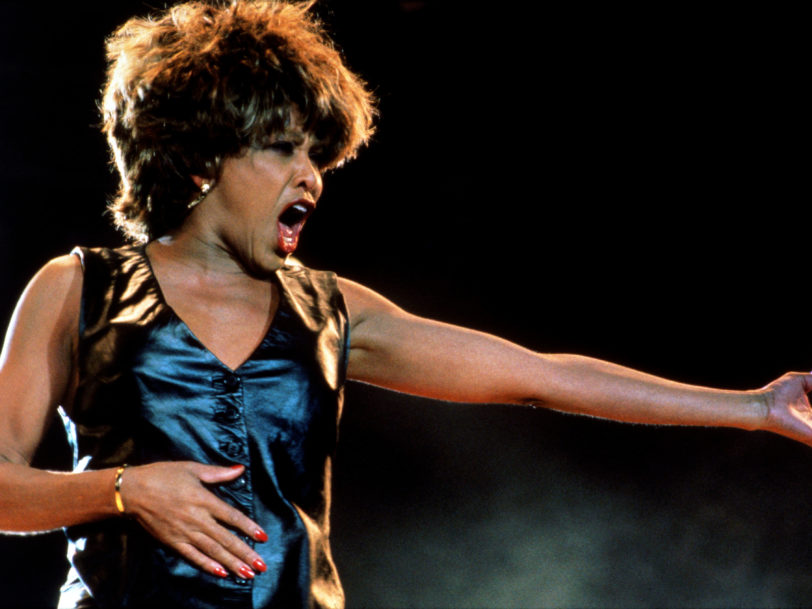 Tina Turner: Why The Queen Of Rock’n’Roll Is Still Simply The Best

Smashing boundaries, surviving abuse and inspiring generations of musicians, Tina Turner remains one of the most impactful singers in history.

Few musicians can be identified by a simple sketch. Think Mick Jagger and The Rolling Stones’ tongue’n’lips logo; or a quick-draw thicket of sideburns and a quiff to suggest Elvis Presley. Sure, he was The King – but how about The Queen Of Rock’n’Roll? A scribble of electric-shock hair and a slash of red lipstick can only signify one artist: Tina Turner. More than a singer, she coursed her way through half a century of music-making, smashed boundaries for both female and black artists, inspired a movie biopic, a West End musical and future generations of stars, and, though she bowed out of live performances in 2009, at the age of 69, her relevance persists. Many have come for her throne, but Tina Turner remains simply the best.

Though Tina Turner left the spotlight over a decade ago, you don’t have to look far for evidence of her cultural impact. Remember the early days of Beyoncé’s solo career – her 2004 Grammys appearance with Prince? That’s all Tina Turner, from the spangly minidress to the whiplash headshakes. When, four years later, Queen Bey took to the Grammys stage with The Queen Of Rock’n’Roll herself, it was clear who left holding the crown.

Having been part of almost every key musical development since the birth of rock’n’roll, it’s impossible to overlook how pervasive Turner’s influence has been. As one of Ike Turner’s backing singers in the late 50s, Turner learned her stagecraft with the man credited with recording the first rock’n’roll song, Rocket 88. Central to The Ike & Tina Turner Revue throughout the 60s, she helped shape soul music while showing a generation of women how to develop a powerhouse presence – and, as fans learned following shocking revelations in her 1986 autobiography, I, Tina: My Life Story, how to survive an abusive relationship.

What’s love got to do with it?

Going public about the abuse she suffered at the hands of her ex-husband (Ike and Tina’s divorce was finalised in 1978) was an act of bravery and defiance, the impact of which can still be felt in the #MeToo era. To speak up, unafraid, against a powerful male in the industry, Turner blazed a trail as hot as any her fiery live performances left on stage. But here was an artist who knew how to survive unspeakable clashes with insecure bullies and turn them into great art: throughout the 60s and early 70s, it was Turner’s voice that drove a fading Phil Spector’s most notable singles of the era: River Deep – Mountain High (1966), the Grammy-winning Proud Mary (1971), Nutbush City Limits (1973). Revisiting the latter in 1991, she took it into the charts once again, but this time as a solo artist, under her own steam.

By this point, Tina Turner had smashed boundaries all over the place: she’d been the first black artist and the first female artist to be given a Rolling Stone cover (for the magazine’s second issue, published in 1967). She’d risen from the old-school soul world of gruelling tours around the Chiltin’ Circuit to breaking a Guinness World Record for attracting the largest paid audience in history. She’d dropped hits like What’s Love Got To Do With It, Private Dancer, We Don’t Need Another Hero (Thunderdome) and The Best, making the “world of dreams” she sang about a reality. And when Mick Jagger needed to reassert his R&B credentials in the mid-80s, who did he call? Having recorded State Of Shock in the studio with Michael Jackson, there was only one other star who could give the supercharged performance Jagger needed in order to bolster his Live Aid appearance.

Tina Turner’s rise from picking cotton as Tennessee-raised Anna Mae Bullock, to dominating pop culture with her music and fashion, seems like the stuff of movies – and, indeed, her life inspired one, What’s Love Got To Do With It, for which Angela Bassett, in the lead role, tapped into the pure emotion at the heart of everything the singer has done, winning a Golden Globe in the process. But Turner herself made inroads into Hollywood, too, most notably as the unhinged Acid Queen in The Who’s 1975 silver-screen adaptation of Tommy, and as Aunty Entity in 1985’s Mad Max Beyond Thunderdome; not content with drawing down accolades for her music, she smashed it on screen in the latter, winning the NAACP’s Image Award for Outstanding Actress In A Motion Picture. A decade later, she received one of the ultimate film honours for a musician: being asked to record a Bond theme, for 1995’s GoldenEye.

It’s no surprise, then, that when new generations of artists seek inspiration, they turn to Tina Turner. Her ornate minidresses – evolving over the years from sequins and feathers to leather and chain mail, simultaneously asserting her sexuality and her you-can’t-fuck-with-me resilience – gave Beyoncé a model to follow. When Missy Elliott sampled Ann Peebles’ soul classic I Can’t Stand The Rain for her breakthrough hit, The Rain (Supa Dupa Fly), it was doubtless Turner’s 1984 cover version that she remembered from childhood; having played no small part in the birth of soul music, Tina Turner indirectly influenced a new breed of hip-hop star at the turn of the millennium.

With Norwegian DJ Kygo remixing What’s Love Got To Do With It in July 2020, taking it to No.1 in the US iTunes chart and scoring a Top 40 hit in the UK, Turner’s pop-cultural dominance stretches into its seventh decade. Calling her “an icon who I grew up listening to”, Kygo has ensured that, as she turns 80, the singer has lost none of her relevance. And she just keeps surviving. Having bounced back from “some very serious sicknesses” in the last decade, she puts it better than anyone else could: “I look great, I feel good… it’s like having a second chance at life.”