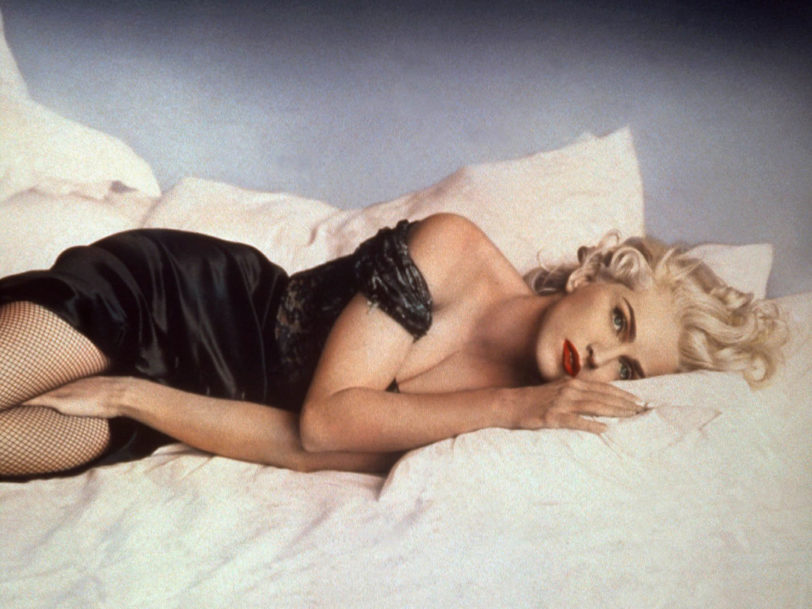 ‘Madonna: Truth Or Dare’: How The Queen Of Pop Revealed All On Tour

The year is 1990. Madonna, Queen Of Pop, embarks on her Blond Ambition tour followed by documentary filmmaker Alek Keshishian and his camera. The end result is Madonna: Truth Or Dare (released as In Bed With Madonna in the UK), an insight into fame and superstardom which will influence reality TV and celebrity shows forever, and become an instant classic in the gay community – and beyond.

Truth Or Dare documents the reality of Madonna’s highly controversial Blond Ambition tour. A couple of shows in Italy are cancelled due to a boycott campaign by Pope John Paul II because of the video for Like A Prayer – he widely condemned the use of Ku Klux Klan imagery with burning crosses, stigmata and Madonna kissing a black saint. The Toronto police threatens to arrest Madonna for lewd sexual misconduct because of her infamous masturbation choreography while performing Like A Virgin on that iconic bed in that iconic Jean Paul Gaultier corset with these iconic breast cones. Even the pop star’s own father criticises the burlesque aspects of the show. Behind the scenes, Madonna is as unapologetically explicit as she is on stage, as we see from the notorious “Truth Or Dare” scene with the bottle, which gave the documentary its name.

Another side of Madonna

But Keshishian’s movie reveals another side of Madonna: a much more human, sensible side, exposing her flaws and showing her physical weakness. Throughout the documentary, we see how the signer is deeply attached to her dancers. She meets with their families. She gets upset to lose touch with them when she has to stay locked up and mute due to throat problems. She hangs out with them playing games, as friends do. We also witness private moments of her love life; with her then boyfriend Warren Beatty, annoyed at her behaviour around Keshishian’s cameras; while trying to set a scheme to seduce Antonio Banderas at a party in Madrid throw by Pedro Almodóvar; confessing to her crew during a game that the only love of her life is Sean Penn. She is also seen visiting her mother’s grave, chatting with her father, Tony, and his wife, Joan, having a deep talk with her brother.

Truth Or Dare is about more than Madonna herself: we are taken on the road with her whole crew. And the documentary reflects anyone and everything else, including the freedom of the people surrounding her as gay and HIV-positive men at a time when it was enough of a stigma to be gay, let alone infected with the virus. The “Truth Or Dare” sequence, for example, shows two of her dancers, Salim Gauwloos and Gabriel Trupin, being dared to kiss and subsequently executing the order. Gauwloos, in particular, embodied three of the biggest social issues in the US at the time: he was gay, HIV positive and an illegal immigrant. Even though some of the dancers were unhappy with Madonna and her team using such candid footage of their life backstage – even going so far as to sue her for it – having their stories shown in such a way, carried by the weight of Madonna’s superstardom, contributed to making LGBTQAI+ and HIV communities more visible.

Truth or Dare was released on 10 May 1991, two weeks after being screened out of the competition at the Cannes Film Festival. Despite the many controversies surrounding it, it remains, three decades later, a milestone in Madonna’s career and a legendary story about how celebrities and artists, as well as the people surrounding, them handle fame.

Shop for Madonna on vinyl here