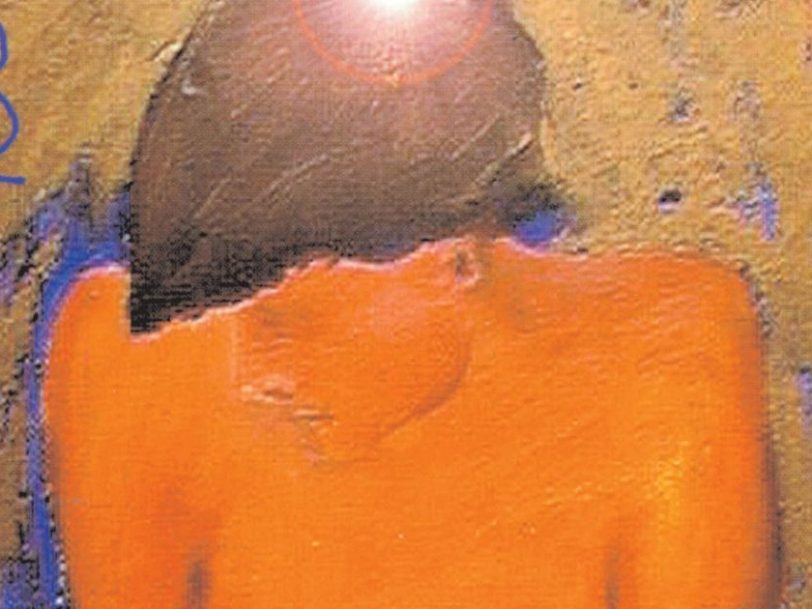 ‘13’: The Story Behind Blur’s End-Of-A-Century Masterpiece

Blur ‘found a sound to match their name’ with ‘13’, an album that took an expansive journey across precarious emotional terrain.

For British culture, Blur had been as defining a part of the 90s as Trainspotting, Girl Power and TFI Friday. As they bowed out of the decade with their sixth album, 13, they also delivered a work that captured a new zeitgeist as it approached. Fractured, exploratory and painstakingly created from hours’ worth of recordings, 13 is the sound of the nascent digital era manifest in album form. It was also an intense journey across precarious emotional terrain at a moment of crisis for frontman Damon Albarn. Yet this, too, chimed with wider global anxieties about the “Y2K bug” and the approaching millennium.

“My life was not right. Not in harmony”

Released two years earlier, in 1997, Blur’s self-titled album had forced a rethink of everything the group had become known for: Albarn’s lyrics took a more introspective turn, and the band’s music expanded to encompass influences from US alt-rock while also incorporating new working practices that found them recording songs piecemeal in the studio. Shaped by two external factors – a relationship breakup and a cutting-edge new producer – 13 would double down on this new creative process.

Like the music they would record over the latter half of 1998, Blur themselves had been pulling in different directions, with guitarist Graham Coxon’s debut solo album, The Sky Is Too High, further embracing his love of US indie-rock, and Albarn working in secret on a dubby mash-up of styles that would soon emerge as Gorillaz’s debut album.

The latter came together in Albarn’s new flat – a place he shared with illustrator Jamie Hewlett, Gorillaz’s visual foil. Albarn had moved in with Hewlett since breaking up with Justine Frischmann, his longtime girlfriend and then lead singer with Elastica. “A lot of 13 stems from that period,” the singer told Blur biographer Stuart Maconie. “My life was not right. Not in harmony. Everything stems from your emotional life, and mine just wasn’t working at all. It was really dysfunctional. So I was misfiring everywhere.” Suffering from panic attacks, Albarn began working on a song whose lyrics would serve as a salve: “Tender is the day/The demons go away/Lord, I need to find/Someone who can heal my mind.”

“It was the best thing we’d ever done”

Titled Tender, the finished version of the song would be as startling an album opener to 13 as Beetlebum had been to Blur: Coxon’s opening lo-fi guitar melody sounded all the more fragile for having been recorded through a Dictaphone, while the band created a beat by dropping planks of wood on the floor. Realising he needed to bring something entirely new, bassist Alex James swapped his patented pop bounce for a more sensitive bassline played on a double bass, while Albarn – having reportedly immersed himself in Otis Redding’s music – delivered a devastating vocal. Bringing the song’s soulful undertones to the fore, the group topped it off with a guest turn from the London Community Choir, whose repeated encouragement, “Come on, come on, come on/Get through it,” added to the fervour of a song Albarn described as “a celebration of love found and lost but not forgotten”.

“As soon as they started singing, it was instantly and obviously a No.1 record,” James wrote in his memoir, Bit Of A Blur, rightly clocking Tender as one of the best Blur songs of all time. “I’d never been so certain of anything.”

Released as 13’s lead single in February 1999, just three weeks ahead of its parent album, Tender was kept off the top spot by Britney Spears’ … Baby One More Time. But, having nailed the song early in the album sessions, it gave Blur the confidence to keep pushing forward.

“Everyone encouraged the emotional blood-letting”

Further encouragement came from their new producer, William Orbit. Fresh off the back of his work with Madonna on the all-conquering Ray Of Light album, and delivering what Blur felt were the standout moments on their then recent remix collection, Bustin’ + Dronin’, Orbit’s background in electronica helped take the group’s new material far beyond anything they had released before.

Though there was some trepidation about leaving their longtime producer Stephen Street (The Smiths, Morrissey) after a career-defining five-album run together, Blur also knew their new material needed an outsider’s ear. “It was such a personal thing going on, we needed to have someone who didn’t really know us,” Albarn said at the time. “William was a bit like a psychiatrist through all of this. Everyone encouraged the emotional blood-letting.”

If 13’s penultimate song, No Distance Left To Run, distilled those emotions into the most fragile-sounding Blur song to date, the album’s more uncompromising moments came out of hours’ worth of lengthy jams worked up in a drab warehouse in East London (the specific room they’d hired, Unit 13, gave the record its name) and the group’s adopted safe haven of Reykjavík, in Iceland. With Orbit then editing the recordings into something more closely resembling structured songs, the band were, Coxon realised, hearing their music “as someone else would hear it”. The experience was “a revelation”.

Under the strain of such emotional intensity and the demands of trying to keep their music unified amid an increasing number of new influences, experimental recording techniques and disparate individual interests all jostling for space on one record, Blur’s interpersonal relationships began to suffer. But while all involved have agreed that 13 was a challenge to complete, a decade together as a band had honed their musicianship to near-perfection. When they all plugged in, they managed a unity rare in even the most road-hardened of groups. Alex James recalled Orbit’s later admission that “the way we were able instantly to conjure an arrangement without talking about it had completely knocked him out. It had taken us a long time to be able to do that.”

One of a clutch of songs to look to faraway horizons, Battle sounds like a missive from an interplanetary craft, circling around a looped drum beat, mumbled lyrics and Coxon seemingly running a one-man insurgency with an array of combative guitar noises. Floating up from the melee, Albarn repeats the title word in falsetto, giving way to the suggestion – or perhaps decision, or capitulation – “Battle someone, ooh.” Elsewhere, Caramel takes Battle’s space-rock into zero gravity and Trimm Trabb lays these excursions on top of a mournful melody in which Albarn, though namechecking a pair of “flash boys” vintage Adidas trainers in the title, concludes, with bereft lethargy, “I’ve got not style/I’ll take my time/All those losers on the piss again/I doze, doze away/That’s just the way it is.”

“I wasn’t even looking at the guitar, I was just stomping on pedals”

Admitting to displaying erratic behaviour during the 13 sessions, Coxon later recalled, in the documentary No Distance Left To Run, “I was really out there around 13, which made for some pretty great noise, but I was probably a bit of a crap to be around.” But while the guitarist thrashed it out on the Blur-patented pop-punk of Bugman and B.L.U.R.E.M.I., he also delivered a slice of perfect pop balladry with Coffee & TV.

With lyrics that found the guitarist seeking a quieter life far from the damaging circus of fame – “Take me away from this big, bad world/And agree to marry me/So we can start over again” – Coffee & TV nestled just outside the UK Top 10 when it was released as the second single from 13. Its promo video, in which an anthropomorphised milk carton struck out in search of a “missing” Coxon, became an instant hit, winning Best Video at both the MTV Europe and the NME awards. Perhaps wary of making the song sound too sentimental, Coxon deployed a freewheeling guitar solo that hit like a caffeine rush, and which was later praised by NME for being “a string of discordant notes, building to a storm of haywire string-bending”.

The guitarist himself had a more nonchalant appraisal: “I just put something there because we wanted to fill a gap, and said, ‘We’ll come back to it,’ and the song developed, so we kept it… I wasn’t even looking at the guitar, I was just stomping on pedals.”

“Blur have finally found a sound to match their name”

Released on 15 March 1999, 13 was, in Alex James’ words, “as highly acclaimed as it was difficult to make”. Topping the charts in the UK, the album’s success also suggested that Blur’s fanbase – having gleefully accepted the earlier challenge of the Blur album – were willing to follow the group wherever they wished to go. With brief instrumental interludes providing handbrake turns at the end of songs – such as the 30 seconds of mangled funk-rock that snuck up at the end of Caramel, or the extended organ loop of the album’s closing track, Optigan 1 – clearly, there was even more in the can. Meanwhile, Albarn, who had obliquely namechecked Sun Ra’s free-jazz classic Space Is The Place during Bugman’s coda, gave a hint of the altogether new direction he’d be going in the following year, delivering Trailerpark in a narcotic half-rap that would be further developed for Gorillaz’s 2-D character.

With just months left until the dawn of a new age, 13 was as much a manifestation of pre-millennium jitters as it was a glimpse of a world to come: fragmentary, built upon a collision of sounds, data, images and yowls from the void. As timely as anything Blur had released during their breakthrough years, it also, as Pitchfork observed, “kept one step ahead of expectations” as the group “finally found a sound to match their name”.

Visit the Dig! store to buy Blur vinyl and more.