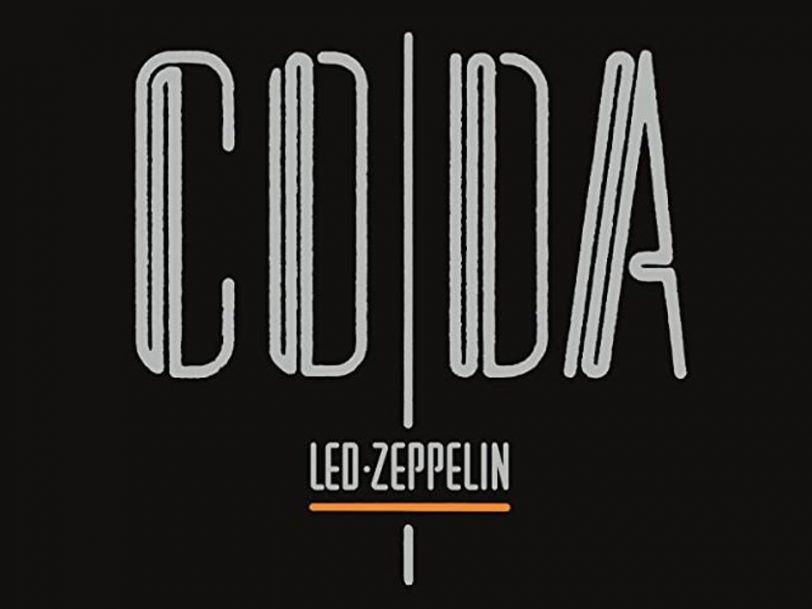 If you look up the definition of “coda”, most dictionaries suggest it means “a concluding event” or – in the sonic sense – “a piece of music at the end of a longer piece of music”. With that in mind, it’s entirely apt that Led Zeppelin chose to name their final album Coda. An archival release from November 1982, it came two years after drummer John Bonham’s sudden death brought the band to an end.

Had things been different, Coda may never have seen the light of day. Despite the stylistic storms of the late 70s, Led Zeppelin’s triumphant Knebworth shows and 1979’s chart-topping album, In Through The Out Door, suggested the group had plenty more to offer in a rapidly changing world beset by punk and new wave. Had their mercurial drummer lived, the group would undoubtedly have produced more new music during the 80s.

“I do look back on it with some sadness,” bassist John Paul Jones reflected in an interview with journalist Ritchie Yorke in 1991. “Because it was really the start of a whole new era for us that never got going.”

After Bonham’s untimely demise, in September 1980, Led Zeppelin officially disbanded, yet they were still required to submit an album to fulfil their contractual obligations – which was where Coda came in. However, while the collection was the result of a trawl through the group’s archives, it was anything but an exercise in barrel-scraping. The iconic rockers had stowed some extremely tasty rarities and outtakes in their vault – and compiling Coda also gave them an opportunity to beat the black market.

“They were good tracks… We used everything”

“Coda was released, basically, because there was so much bootleg stuff out,” guitarist Jimmy Page told Classic Rock in 2015. “We thought, Well, if there’s that much interest, then we may as well put the rest of our studio stuff out officially.”

“They were good tracks,” Jones added. “A lot of it was recorded around the time punk was really happening… there wasn’t a lot of Zeppelin tracks that didn’t go out. We used everything.”

Coda was sequenced broadly chronologically, kicking off with the exuberant, low-riding rocker We’re Gonna Groove, loosely adapted from Ben E King’s Groovin’. A staple of the band’s live set during the early 70s, its studio counterpart dated back to the sessions for Led Zeppelin II during the summer of 1969, and its power and panache suggest it would have enhanced that already stellar album. Elsewhere, the folk-flecked Poor Tom would have fit Led Zeppelin III like a glove, while the explosive Houses Of The Holy outtake, Walter’s Walk, stood shoulder to shoulder with staple cuts from that same era such as The Song Remains The Same and Dancing Days.

The album also featured a potent Bonham showcase, Bonzo’s Montreux: a neo-symphonic percussive workout recorded in 1976 and which Page treated with various electronic effects. Vastly superior to the standard, clichéd drum solos from the period, it still sounds good against the In Through The Out Door outtakes that sat either side of it. These included the crunching, Physical Graffiti-esque Ozone Baby; the catchy, 50s-style rocker Darlene; and the abrasive Wearing And Tearing, which shows the band had absorbed plenty of punk’s energy and aggression. Taken as a whole, this final cluster of Coda tracks were revelatory, and the fact that none of them made the cut for In Through The Out Door now seems hard to fathom.

“We wanted to do something in the best taste possible”

Despite being compiled from a variety of sources, Coda sounded remarkably coherent, and its inherent quality was widely appreciated by fans and media alike. Released on 19 November 1982, the album was helped along by positive critiques such as Rolling Stone’s, which deemed it to be “a resounding farewell”, and The Village Voice’s, which simply stated, “They really were pretty great.”

These notices soon translated into sales, and even though Led Zeppelin weren’t around to promote it with live shows, Coda still went Top 10 on both sides of the Atlantic and yielded a platinum disc in the US. Its stock has remained high ever since, and its expanded 2015 reissue, overseen by Jimmy Page, shows that it remains an essential purchase on its own terms.

“When I started to think about it originally, we wanted to do something in the best taste possible, under the circumstances,” Page told Classic Rock in 2015. “Obviously some people were disappointed, because they’d have liked a new album rather than something posthumous, and they didn’t want John Bonham not to be around anymore. But who did, man?”