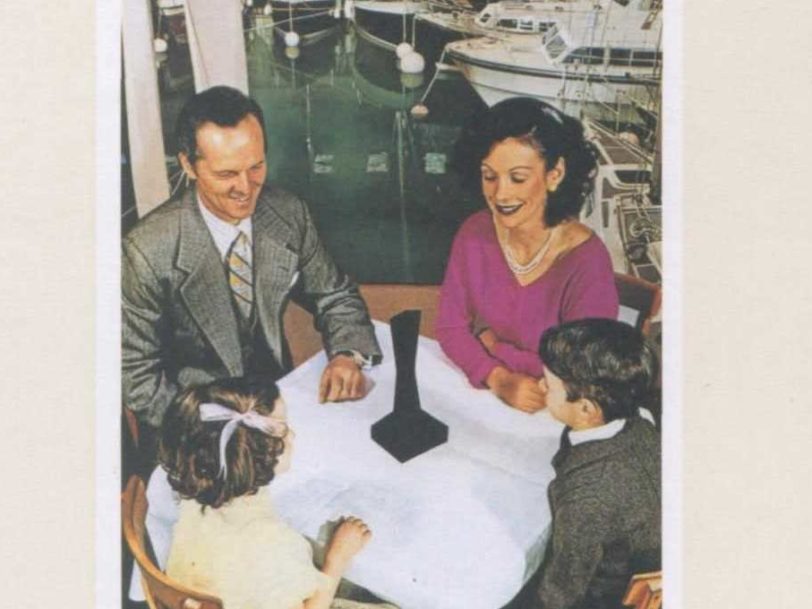 Presence: How Led Zeppelin Pulled Themselves Back From The Brink

Recorded in the wake of a near tragedy, ‘Presence’ was ‘a cry from the depths’ that found Led Zeppelin on the verge of a crisis.

Though Led Zeppelin were renowned for their hedonism, 1975 proved to be an especially sobering year for the group. It began in triumph, with the release of their landmark double-album, Physical Graffiti, but ended in near tragedy with Jimmy Page and co fashioning their seventh album, Presence, in especially testing circumstances.

“Presence was a cry from the depths”

Back in the spring of that year, the sky literally seemed the limit for the iconic hard rockers. Physical Graffiti was duly supported by a critically-acclaimed US tour, before Led Zeppelin embarked on a spectacular lap of honour courtesy of a sold-out, five-night stand at London’s cavernous Earls Court Arena in May. Flush with success, all concerned then headed off on holiday while manager Peter Grant laid plans for a mammoth world tour.

Led Zeppelin seemed all but invincible as Page and Robert Plant set off into the wide blue yonder, travelling to Morocco to record with the Berber tribes of the Atlas Mountains, before moving on to meet their families on the Greek island of Rhodes. However, after Page left the island for a sojourn in Sicily, disaster dealt a near-fatal blow. When Plant, his family and Page’s daughter Scarlet were driving along a narrow island road, their car spun wildly out of control and plunged down a ravine, hitting a tree. Thankfully, the children escaped with only minor bruises, but both Plant and his wife, Maureen, were seriously injured.

It took some time for the couple to recover. Plant broke an ankle and elbow – which wouldn’t fully heal for another two years – and he spent considerable time in a wheelchair. The down time also crippled Led Zeppelin’s upcoming plans, including the mooted shows in support of Physical Graffiti. Forced to cancel the dates, the group decided their energy should instead be diverted into making a new album.

“No one knew what was going to happen”

Peter Grant rented a beach house in Malibu, California, for Page and Plant to write new material, but after a storm washed part of the house away, the band decamped to Musicland Studios, a new complex in the basement of the Arabella Hotel in Munich, Germany, to record what would become Presence in just three weeks. However, that deadline wasn’t entirely self-imposed, as Jimmy Page later revealed.

“The Rolling Stones were due to use the studio next,” the guitarist told Radio.com. “So I asked Mick [Jagger] if we could have a couple more days.” The Stones were “trying all different guitarists out” while looking to replace Mick Taylor for the Black And Blue album, so Jagger gave Led Zeppelin the go-ahead.

The pressure of finite studio time added to the already fractious atmosphere within the band. Plant was either in a wheelchair or hobbling around on crutches during the sessions, and he later told Circus magazine, “Presence was an album of circumstances. It was a cry from the depths, the only thing that we could do. I honestly didn’t know what was going to happen and neither did anybody else.”

Despite – or perhaps because of – the circumstances, Presence ended up including some of the most determinedly aggressive music Led Zeppelin would ever make. Primarily comprising no-nonsense hard rock songs, the album was narrower in scope, stylistically, than Houses Of The Holy or Physical Graffiti, but its explosive energy more than made up for its lack of sonic innovation.

“There was a unified will to do this album”

Presence was bookended by its two most outstanding tracks. The epic, ten-minute opener, Achilles Last Stand, arguably remains John Bonham’s crowning achievement, the drummer propelling the song with an animalistic fury and liberally peppering the rhythm track with increasingly muscular rolls around his kit. Yet the musical backdrop was more complex than it initially appeared, with John Paul Jones performing his nimble basslines on an Alembic eight-string bass and Page adding no less than six guitar parts during a marathon overdubbing session.

With Plant adding a lyric relating to his recent North African experience (“The mighty arms of Atlas/Hold the heavens from the earth”), Achilles Last Stand was a tour de force, but its sheer brute force was thrown into sharp relief by Presence’s equally brilliant closing track, Tea For One. A return to the band’s blues roots in the broadest sense, it was also as lonely and dejected a song as Led Zeppelin ever recorded, with Plant’s desolate lyric (“But by my own choice I left you, woman/And now I can’t get back again/How come 24 hours/Sometimes seem to slip into days?”) reflecting the depression he felt during his enforced separation from his wife and family.

The remaining tracks also stacked up. Plant still sounded tetchy on the heavily-phased, blues harp-enhanced Nobody’s Fault But Mine, but he was clearly energised by the swaggering groove of For Your Life and the Sun Studios-style rockabilly of Candy Store Rock. Elsewhere, the whole band sounded like they were having a ball on Royal Orleans (an imperiously funky tribute to the group’s favourite Crescent City hotel) and the infectious shuffle of Hots On For Nowhere.

“It was fast, focused and done for a purpose”

Ultimately, Led Zeppelin grabbed victory from the jaws of defeat with Presence. Housed in a notably enigmatic addition to Led Zeppelin’s album covers (the Hipgnosis- and George Hardie-designed sleeve featured an infamous black obelisk meant to represent the band’s “force and presence”), it was issued through the band’s own Swan Song label on 31 March 1976 and went gold on advance orders alone, debuting at No.2 on the UK album chart and bowing at No.1 in the US. Though Sounds astutely called it “unadulterated rock’n’roll” some contemporary critics were initially underwhelmed, but as Louder noted in 2017, Presence nonetheless succeeded in its quest to “pull Led Zeppelin back from the brink of crisis”, and its best tracks still pack a considerable punch today.

Presence “was fast and focused and done for a purpose”, Jimmy Page told The Guardian in 2015. “Robert was really keen to do the recording, and we all were because there wasn’t anything else that we could do. I mean, he’s singing his heart out and that’s all there is to it. We weren’t thinking about tomorrow, we were thinking about that immediate point in time. There was a unified will to do this album.”

Check out our best Led Zeppelin songs to find out which Presence track makes itself felt.