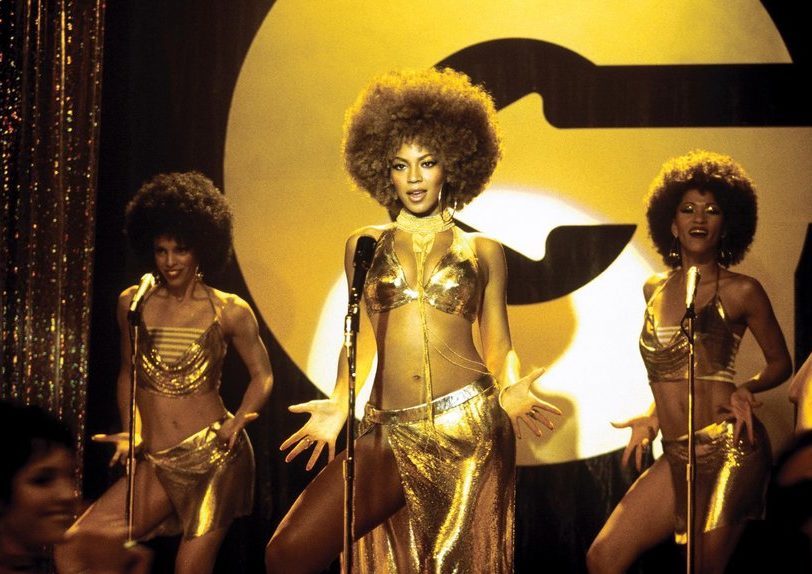 From art-pop chameleons to ska-punk icons, the best 2000s female singers pushed music into new territory at the start of the millennium.

As Y2K fever subsided and a new decade dawned, everything was up for grabs for a rising generation of stars fighting for their place among the best 2000s female singers. Amid garage-rock revivalists, introspective post-Britpop heroes and a new wave of R&B and pop titans, the world readily embraced pop-punk icons, art-pop agitators and classic soul chanteuses alike. A certain long-standing pop princess also rose to claim the crown as queen, proving she had what it took to assert her continued relevance in a rapidly shifting musical landscape. Taken together, these ten 21st-century icons were responsible for arguably the greatest era in the history of pop music.

Canadian-born Nelly Furtado hit the ground running in 2000 with her debut album, Woah, Nelly! After previously experimenting with a trip-hop style with the little-known group Plains Of Fascination, Furtado sought to realise her true singing potential with early chart hits such as I’m Like A Bird and Turn Off The Light. Her later works showed plenty of growth and progression: it’s not easy to churn out both summery radio hits and scorching dancefloor anthems, but with the likes of Promiscuous and Maneater she did just that, securing her status as one of the best 2000s female singers in the process.

Like Nelly Furtado, Shakira is at her most comfortable when fusing Western pop with European and Latin influences. Her best-known song remains 2006’s Hips Don’t Lie, for which she teamed up with legendary Haitian rapper Wyclef Jean; it remains the singer’s only US No.1, but its wider impact cannot be understated – the single won five awards and topped the charts in over 15 countries. It was just the tip of a career that also found Shakira touring the world, collaborating with heavyweights such as Stevie Wonder and crafting a song apiece for the 2006 and 2010 FIFA World Cups – the latter of which saw her meet her longtime partner, FC Barcelona icon Gerard Piqué.

Pop-punk hero Avril Lavigne is primarily known for Sk8er Boi, an anthem for 2000s pre-teens and a staple of everything from school-disco playlists to TV soundtracks. Less recognised is how Lavigne inspired a generation of millennials to pursue the rockier side of mainstream music. Whether they know it or not, dozens of artists – Billie Eilish, Olivia Rodrigo and Paramore among them – have followed the path Lavigne trod from the moment she released her defiant yet fun-as-hell debut album, Let Go.

Gwen Stefani had already achieved stardom in the 90s, thanks to a string of decade-defining releases with her band, No Doubt. If anything, however, her solo career took fans further into her peculiar, ice-cool world. Dropping the ska-punk sound No Doubt had made their own, Stefani churned out hit after hit, from the gorgeously smooth Cool to the massive-sounding The Sweet Escape (featuring Akon in his prime) and the Neptunes-helmed Hollaback Girl. She only released two (thoroughly enjoyable) albums during the decade, but her flamboyant presence was more than enough to cement her place among the best 2000s female singers, proving that mainstream pop can always make room for defiant, leftfield talents.

Before blossoming into the art-pop agitator of legend, Lady Gaga emerged seemingly out of nowhere to release The Fame, her multi-platinum debut album. Rocketing to No.2 in the US and No.1 in the UK thanks to great singles such as Just Dance (written in just ten minutes) and Poker Face, The Fame still stands tall as the first step in what has become a monumental career. Its synth-drenched high points also provided the perfect accompaniment for Gaga’s chameleon-like aesthetic: ever-changing styles and outrageous costumes largely inspired by a certain David Bowie. It’s no exaggeration to say that, in just a few short years, Lady Gaga had redefined what it meant to be a female pop star and raised the bar for countless aspiring songwriters.

Australia’s sweetheart has had a remarkable career. While her original 80s hits (The Locomotion, I Should Be So Lucky) remain cheesy fan favourites, Kylie Minogue’s reinvention at the turn of the century took her to heights few have reached. With the albums Light Years and Fever she established herself as one of the best 2000s female singers: a true titan capable of some of the era’s greatest pop mainstays. Spinning Around, Love At First Sight and Can’t Get You Out Of My Head are the obvious entry points among the best Kylie Minogue songs, while her highly theatrical world tours proved she could bring her A-game to the stage, too. If anyone was the “Queen Of Pop” circa 2000, it was Kylie.

Must hear: Can’t Get You Out Of My Head

Footage exists of a 15-year old Rihanna (then going by her birth name of Robyn Fenty) at a singing competition. There are flashes of brilliance in there, but it’s difficult to imagine anyone in the audience predicting that she would become one of the biggest music stars of all time. And yet this girl from Barbados went on to shake the world with tracks such as Pon De Replay, SOS and Shut Up And Drive, the latter of which is carried by an excellent sample of New Order’s seminal 1986 single Blue Monday. Now considered one of the most influential artists on the planet, Rihanna’s status as a leading fashionista also led her to become the first ever Black woman to lead a luxury brand under the LVMH business group, thanks to her successful fashion house, Fenty.

After shooting to stardom with her 1998 debut single, … Baby One More Time, Britney Spears went on to enjoy huge success throughout the 2000s. Her 2004 UK chart-topper Toxic remains one of the greatest songs of the era, thanks in no small part to its unique fusion of Swedish dance music and Bollywood string sections. Meanwhile, 15 Guinness World Records and a cameo in the Austin Powers threequel, Austin Powers In Goldmember, have long underscored her cultural relevance as one of the best 2000s female singers. Her greatest achievement may, however, lay ahead: ending the long-running conservatorship enacted by her father. Millions have already aligned themselves with Spears’ cause; under the banner of #FreeBritney, fans just want to see their favourite artist reclaim her life.

Essentially the current “Queen Of Pop”, Beyoncé Knowles first found fame in the late 90s with Destiny’s Child. In 2003 she launched her solo career with the Dangerously In Love album, which earned her two No.1 singles and a tied record for most Grammy Awards won by a female artist in one evening. For millions of R&B fans, heartbroken lovers and superstar wannabes alike, Beyoncé is the voice of reason in trying times. Cutting an extraordinary path through everything from contemporary pop to experimental visual records, she even scores points for being the second artist in our list of the best 2000s female singers to appear in Austin Powers In Goldmember, for which she took on the lead female role, Foxxy Cleopatra. Ultimately, though, her unique brand of neo-soul fused with infectious pop envelopes it all.

There isn’t anyone quite like Amy Winehouse. Hailing from Enfield, London, and with roots in the famed BRIT School, the singer set the music world ablaze with just two records released during her lifetime, Frank and Back To Black – the latter of which is sure to remain in all future lists of the greatest albums of all time. Topping this list of the best 2000s female singers, Winehouse completely changed the face of popular music, blending cool jazz and 20th-century blues with intelligent, catchy pop. One of the more notable members of the infamous 27 Club, many have tried to imitate her, but, since her untimely passing, in 2011, Amy Winehouse’s legacy has proven she was one in a million.

You’ve seen the best 2000s female singers, now find out which 90s stars paved the way for them.