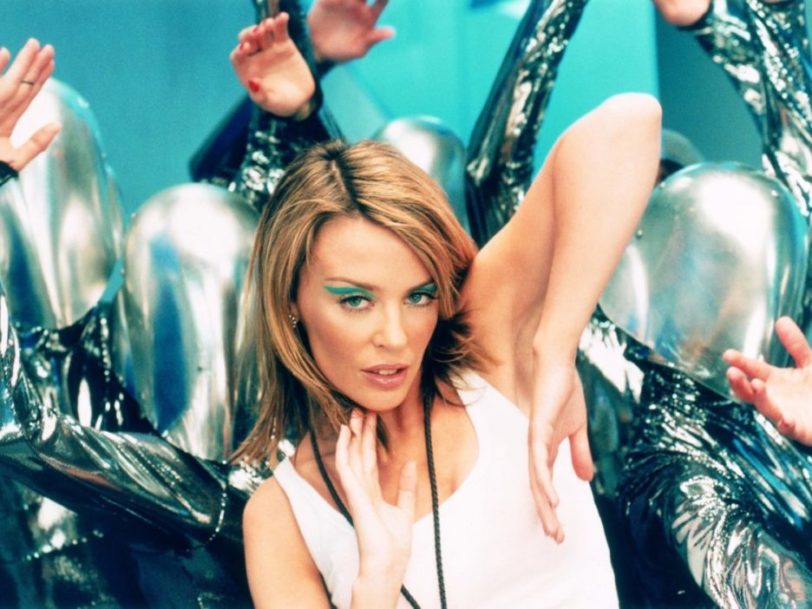 It wasn’t so much the commercial renaissance that surprised, it was the sheer world-class scale of it. For Kylie (finally losing her surname on product branding, like all true music icons, in the early 2000s) to secure her best-selling single at this stage of her career was nothing short of sensational. Standing tall among the best Kylie Minogue songs, Can’t Get You Out Of My Head even took her back into the US Top 10 for the first time since The Loco-motion. It was a phenomenal start to the campaign for parent album Fever, but the challenge was to keep momentum building after such a strong beginning. Fever’s third international single, Love At First Sight, proved she was capable of raising the temperature further still.

A contender for the crown

It was always going to prove impossible to follow such an iconic single with anything of greater impact. In Your Eyes made a decent stab of it, returning Kylie to the top of the Australian charts and hitting No.3 in the UK, but Love At First Sight is now considered the strongest contender for Can’t Get You Out Of My Head’s crown.

As the penultimate single from Fever, Love At First Sight was issued on 10 June 2002 and was another production from Richard “Biff” Stannard, who also secured its principal writing credit. Stannard is one of the big players of the 90s pop generation – working with East 17 and Five while, most notably, co-writing many of Spice Girls’ biggest hits, including their signature track, Wannabe.

The clubby summer cut Love At First Sight was recorded in the summer of 2001, during recording sessions in Dublin, and showcases a warmer production than the jittery electro-pop of Kylie’s two previous singles. It exploded onto radio, becoming a huge hit across Europe, which led to it outperforming In Your Eyes on most of the charts, including in the UK, where it peaked at No.2 after breaking Kylie’s own previous station playlist records.

Kylie has rarely sounded as all-out euphoric as she does here (for something similarly paced, you’re directed to 2008’s The One, again recorded with Stannard), with some magnificent production wizardry playing brilliantly against her vocals, which were gaining confidence with each consecutive release across this era. With a punchy remix, Love At First Sight topped the US Billboard Hot Dance Club Play charts, consolidating Kylie’s reputation as one of the genre’s reliable hitmakers, despite Love At First Sight marking her final entry on the Billboard Top 40 to date (though she would creep into the lower reaches of the Hot 100 on a couple of further occasions across the 2000s).

With In Your Eyes bypassed as Fever’s second stateside single, Love At First Sight ended up scoring Kylie her first Grammy nomination, for Best Dance Recording (she lost to Dirty Vegas and Days Go By, but seized the award the following year with Come Into My World). The strong promo video helped build the track’s profile alongside its phenomenal radio reception, continuing the futuristic theme of Kylie’s previous two clips, with the singer taking centre-stage among a troop of robotic dancers and sharp (but somewhat dated) computer graphics. With those effects and some of-its-moment styling, the video is now perhaps best billed an evocative period piece, directed by Swedish filmmaker Johan Renck, who had been in Stakko Bo (who broke through with 1993’s Here We Go) and cut his directing teeth on clips for Suede and New Order, plus Madonna’s Nothing Really Matters.

A firm fan favourite, Love At First Sight would appear in many of Kylie’s later concert setlists. In 2012, she reworked the dance cut into a country-tinged ballad for The Abbey Road Sessions, demonstrating its versatility, but the original’s impact in the summer of 2002 makes it the definitive article. Kylie’s breakthrough in the late 80s may well have been success at first sight (certainly in the UK and her homeland), but the critical and commercial revival she enjoyed with international hits such as this proved to be sweeter second time around.