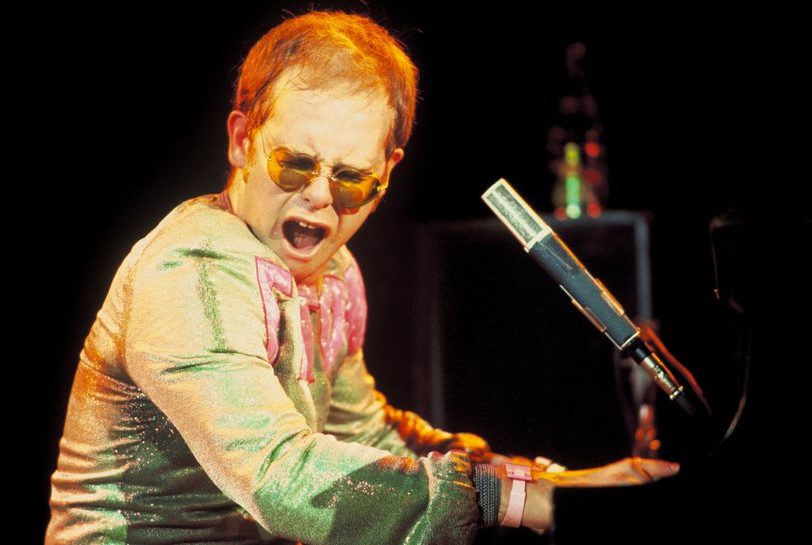 From starting their own clothing line to inspiring fans to dress like them, these music fashionistas have become true icons.

Musicians are among our favourite icons – and not just for their songs. The fashionistas among them inspire us when it comes to choosing what to wear. As well as looking for advice in their music, we also seek sartorial assistance through their outfit choices.

Both music and musicians have influenced designers for many years. For his 2013 spring/summer collection, Jean Paul Gaultier was inspired by some of the greatest music fashionistas, with a runaway show featuring lookalikes of Boy George, Annie Lennox and many more. Most recently, Moschino’s 2020 spring/summer designs hit all the right notes, the company adorning their outfits with musical notations, staves and clefs.

Here are our eight most inspiring music fashionistas.

Put the words “Pharrell Williams” and “fashion” together, and what comes to mind? Hats.

He was one the biggest talking points of the 2014 Grammys, thanks to his oversized Vivienne Westwood hat, given a dark caramel colour – you know the one. He must have liked the way it sat, as he’s since sported variants in grey, red, emerald green and black. Pharrell’s style is quirky and unique, and really varies. From suit jackets with shorts to colourful bomber jackets, he is truly a chameleon among modern-day fashionistas.

Rihanna is as big a risk-taker with her hairstyles as she is with her music. Like all great music fashionistas, she has a different look for each album – from short back and sides, to soft, long brown curls and bold, bright-red waves, she’s had it all.

Taking it right back to the start, when a young Rihanna first burst onto the scene, her style was a lot more casual: halterneck tops and low-rise jeans with a body chain. More recently, she has the elevated the “trendsetter” title to a whole new level by launching her own clothing line, Fenty, making her queen of the fashion world. Dabbling in the more luxurious end of the market (her jackets start from £840), Rihanna has literally taken on the role of fashionista, dominating yet another platform.

When it comes to flamboyancy, only one name springs to mind: Elton John. From feathers to tassels, bright colours and unitards, there’s nothing the rocket man couldn’t pull off. The most extravagantly Elton John thing about it all is, of course, his massive collection of specs, which seem to come in every shape, size and colour you could imagine.

For those of us not old enough to see him perform in these outfits the first time around, as well as watching replays of his performances on YouTube, fans can also catch his film biopic, Rocketman, starring Taron Egerton, who gamely wears John’s most recognisable outfits – including that bedazzled Dodgers one-piece!

If there’s anyone who knows how to attract attention at an awards ceremony, it’s Lady Gaga; whether she’s hailed as the best- or worst-dressed of the night, Gaga always finds herself making headlines around the world.

At the start of her career, the singer-songwriter was mostly known for her controversial looks: platform boots, flares and huge eyelashes were usually paired with barely-there outfits, colourful hair and over-the-top hats. Her most questionable look was arguably the meat dress she wore at the 2010 VMAs. Consisting of raw cuts of real meat, she completed the look with a meat purse and shoes – like a true music fashionista!

Lately, we’ve seen her dial it back, oozing old-school Hollywood glamour with her white-blond locks, her classy long frocks and perfectly-applied red lipstick – a sophisticated style that never goes out of fashion.

“I want to break free” sang Queen’s frontman, Freddie Mercury, on the song of the same name. He definitely went beyond all the norms when it came to fashion. A moustachioed star that made androgyny glamorous, a lover of leather and Spandex, Mercury’s clothes were tight and his look impossible for anyone else to pull off.

Freddie had undeniable star presence, and knew that his stage outfits added extra panache. “It’s not a concert you are seeing, it’s a fashion show,” he once said. Whether he dressed with vibrant, theatrical sleeves, donned a regal cape and crown (emphasising both his band’s name and his place in the rock pantheon), or dressed down in a white vest and denim jeans combo, Mercury’s outfits are just as memorable as his voice.

Not since the mod heyday of the 60s has anyone embodied the dandy philosophy like Prince. His offstage look was the same as his onstage one – flamboyant, precisely arranged – as he constructed his life as if it were a living work of art. Like the symbol he changed his name to in the 90s, Prince merged masculine and feminine in his styles – high-heeled shoes, make-up and lace, worn with the confidence of a man who sang sexually forthright songs that liberated a generation’s sexuality, whatever their orientation.

While most musicians hire stylists to help them create their look, Prince’s fashions were all his own vision. Paisley Park, the epicentre of his creative universe, boasted a wardrobe department that helped turn his ideas into a reality, devising bespoke pieces not just for Prince himself, but his entire band. And while he never ventured as far as launching his own clothing line, he did, in the mid-90s, open a small chain of boutique stores, selling the Get Wild perfume for those in need of some purple pheromones. Prince’s self-expression inspired fans to become fashionistas themselves, turning up to concerts as if they were extras just stepping out of Purple Rain.

At 61 years old, Madonna remains one of pop music’s relentlessly inventive fashionistas. One of her most recent outfits hit the headlines for the wrong reasons (anyone remember #capegate at the 2015 BRIT Awards?) but, like the queen she is, she styled it out and carried on.

Having been in the music industry for over 40 years, this material girl has worn many outfits that have inspired a whole generation to dress exactly like her. From fishnets to white lace, her most iconic look has to be the cone bra, a collaboration with designer Jean Paul Gaultier, which was first debuted in the 90s on her Blond Ambition World Tour, and also appeared in her video for Express Yourself.

The legendary David Bowie was the epitome of self-expression through clothes. Even when he favoured suits, it was always with a Bowie twist. From the classic mod look of his pre-fame years to wearing flowing silks and bigger, bolder prints, he took the original suit-and-tie look and made it his own. (Even in 1974, who else could pull off a mustard-coloured suit?)

The character who captivated fans the most is Ziggy Stardust. The flaming red hair, the quilted jumpsuits and kabuki robes – the sheer extravagance of it all. Ziggy Stardust was a persona brought to life through the music and the fashion choices.