Våkenatt: How bridges “Changed Everything” And Gave The World a-ha

The work of a ‘schizophrenic band’ that ‘didn’t fit’, bridges’ ‘Våkenatt’ album sounded like no other Norwegian music. Then they birthed a-ha.

Think a-ha and you think 80s pop masterpieces – all earworm synth lines and soaring key changes perfectly calibrated to lodge themselves in your brain forever. Yet a far stranger history lies at the heart of the group, straddling psychedelia, prog rock and post-punk at the end of the 70s in Norway. Adolescent four-piece bridges, who included future a-ha masterminds Paul Waaktaar-Savoy and Magne Furuholmen, emerged from Asker, just outside the Norwegian capitol of Oslo, and recorded two cult albums before a-ha’s Take On Me opened a new chapter in pop music history. bridges’ second record, Våkenatt, a “lost” album that had lain unreleased for 30 years, provides the missing link between Norway’s past and the future of global pop. “We wanted to do things our own way,” bridges bassist Viggo Bondi tells Dig! “Norway was too little. We needed to think bigger.”

“It was a schizophrenic band – we didn’t fit in”

“Magne and Paul were very different,” Bondi says. While the bassist saw many bands come and go during his school years, none had the drive and determination of the future a-ha bandmembers, who gathered with Bondi and drummer Erik Hagelin (later replaced by Øystein Jevanord) at Magne Furuholmen’s basement, where they worked on songs for their debut album, Fakkeltog – its title evoking the peaceful demonstrations staged in Norway, during which participants carry torches.

“They had a very clear vision: it was all about music,” Bondi says. But bridges’ music wasn’t like anything else coming out of Norway at the time. “We were not listening to the other bands – for us it was not important.” Singing in English and drawing on influences ranging from 60s US West Coast counterculture heroes The Doors – who chronicled the darker side of the hippie dream – and British prog rock pioneers King Crimson, Genesis and Yes (“The keyboard sound was very similar to Ray Manzarek’s; I was very influenced by Mike Rutherford and Chris Squire”), the group created a wide range of songs that covered baroque pop (Soft Rains Of April), skirted at the edges early Brian Eno (All The Planes That Come In On The Quiet) and found an improbable meeting point between prog rock and Joy Division’s stark, monochrome beauty (Fakkeltog, Waterworks). Throughout it all, there are murmurings of a pop sensibility that would soon take hold in a-ha. “It was quite a schizophrenic band,” Bondi says. “We didn’t fit in.”

“Morten Harket said we changed everything”

Dissatisfied with the way their first album was mixed (“We hired a very cheap studio”), bridges used elements of its songs for Våkenatt’s opening track, stringing them into a nine-and-a-half-minute statement of intent: dark and melancholic, perfect for an album whose title translates as “insomnia”. But as chillingly atmospheric as much of Våkenatt is, the album also contained the seeds of some of a-ha’s finest songs. A poppier version of Soft Rains Of April was re-recorded for their 1986 album, Scoundrel Days; the group attempted to capture All The Planes That Come In On The Quiet for their debut album, Hunting High And Low. “They should have done more of our songs, but for Paul and Magne it was always about going further, making a new kind of music,” Bondi says. “Instead of looking back, they were always thinking about making new songs.”

With the future a-ha duo more interested in spending their time in the studio, as opposed to in front of an audience (“For them, writing songs was as important as playing them publicly”), bridges only performed a handful of gigs. During one show, supporting a local punk band, Kjøtt, the audience began waltzing. “We laugh about it now, but we were a little bit embarrassed,” Bondi says. “It was their fans’ way of saying, ‘We hate you.’” After another show, one local paper suggested that bridges sing in their native Norwegian. “For Paul and Magne, that wasn’t interesting at all. They had bigger plans.”

Those plans started to come together following a show at Bondi’s old high school, in Asker, where future a-ha singer Morten Harket was in the audience. “He said that changed everything,” Bondi says. “He was thinking, They need me.” Harket asked Bondi if he could join the group. “He was quite a strange character at the time,” Bondi says. “He had this Jesus image with long hair and a necklace.” They turned him down; a few years later, Harket was fronting a-ha, sitting at the top of the charts with Take On Me – another song bridges originally wrote together, calling it The Juicy Fruit Song.

bridges’ fate may have been sealed during Våkenatt’s recording sessions. During a break-in at the studio, one of their tapes was stolen, along with Bondi’s bass guitar. The lost songs needed to be re-recorded, but that turned out to be a blessing in disguise: “As a group, we developed so fast that it’s tighter and in all respects a much better recording,” Bondi says. But though Bondi and drummer Jevanord were eager to play their new material live, Paul and Magne were happier keeping their heads down in the studio, writing and recording more songs. “Bit by bit, we just split up,” Bondi says. “It happened slowly. There wasn’t a final decision.”

Våkenatt was ultimately shelved, a piece of rock history – the missing link in the a-ha story –risking obscurity until, in the mid-2000s, the group, concerned about the quality of the old tapes, transferred the recordings to digital. A decade later, in 2016, Waaktaar-Savoy began making new mixes at his home studio in New York. “After a few weeks, he called me and said ‘Viggo, this is fantastic,’” Bondi says. “We were so good.”

The late Terje Nilsen, a Norwegian music journalist and Project Manager at Rockheim, the country’s music museum, agreed. Having already received a wealth of historical material from Bondi – including the bass guitar he recorded Våkenatt with, which had been recovered after its theft, and Bondi’s collection of a-ha paraphernalia – Rockheim released Våkenatt in a limited edition run of just 900 green vinyl copies, which came with a booklet and trifold sleeve, housed in a hand-numbered cardboard box. “It was quite an expensive production,” Bondi says. “He loved the record and said it’s a masterpiece.”

Fittingly, the museum helped turn bridges’ lost album into the sought-after work of art it always had the potential to become. Selling out almost instantly, copies now exchange hands for over £200, making Våkenatt one of the most expensive a-ha-related rarities in history.

“a-ha is not only a pop group,” Bondi says. “They do things differently. They are unique.” Throughout their formative years playing with bridges, Paul Waaktaar-Savoy and Magne Furuholmen learned their craft – not only how to make pop songs, but how to create music that spoke to their higher ambitions. As Nilsen noted, Våkenatt “is an essential chapter in the history of Norwegian popular music”, an artistic achievement in its own right, that “documents the transition from the indie band bridges to the global success of a-ha”. 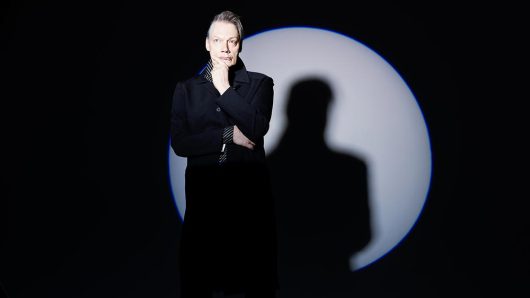