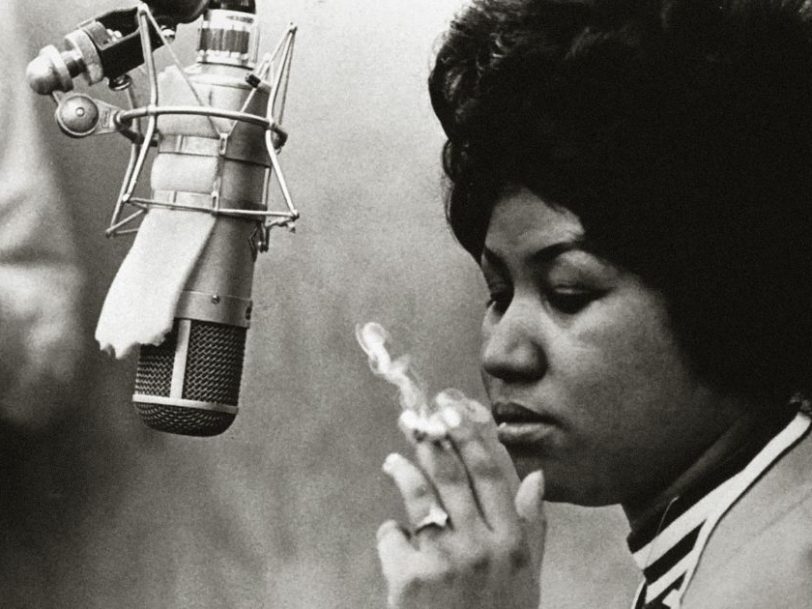 (You Make Me Feel Like) A Natural Woman: Aretha Franklin’s Song Of Discovery

A song inviting multiple readings, (You Make Me Feel Like) A Natural Woman became an anthem in Aretha Franklin’s hands.

The story of the song (You Make Me Feel Like) A Natural Woman, first released by Aretha Franklin in September 1967, is one of duality. There are the two women that birthed its initial success. There are the two men whose ideas were foundation stones. But, most strikingly, there is the dual impetus of the pressing need for a hit, and the song’s grounding in African-American folklore. It is a brilliant example of how depth and immediacy can come together to create something truly unique.

Listen to the best of Aretha Franklin here.

Jerry Wexler, one of the two men in the song’s story, was the co-owner of Atlantic Records, and a producer with an impressive track record. It was Wexler who had brought Aretha Franklin to Atlantic late in 1966, manning the boards for her epochal first album for the label, I Never Loved A Man The Way I Love You. Since then, Atlantic had acted as a showcase for Franklin’s powerhouse voice, a base to develop her nascent production talent, and a space to explore her political consciousness. Franklin felt happy and settled at the label, where her own ideas were taken seriously, and where Wexler, in particular, would also come up with several ideas that suited her.

A conversion from innocence to experience

Wexler was driving around New York City when he saw Carole King. King and her then husband, Gerry Goffin, were the embodiment of Brill Building songwriters. Their songs, such as Up On The Roof, Will You Love Me Tomorrow and The Loco-Motion, had been enormously successful in the early part of the 60s, capturing a sense of teenage hedonism and drama. But as the decade wore on, the King-Goffin marriage was fraying, and their songs reflected this new poignant mood – among them Goin’ Back, which had been recorded by Dusty Springfield and charted the couple’s painful conversion from innocence to experience.

Wexler knew that King and Goffin were consummate pros (whatever the vicissitudes of their personal life), so he wound his car window down and caught King’s attention. He shouted that he needed a new song for Aretha, and that he wanted this to be a “natural woman” song. What Wexler meant by “natural woman” was tied up in his own interest in Black history, and the idea of the “natural man”.

Resonance for the Black community

The “natural man” is associated with the legend of John Henry. Henry, a freed slave living in the 1870s, was a steel-driving man whose prowess was unparalleled. Greater mechanisation of his trade ultimately led to him going head-to-head with a steam-powered rock driller in competition to create a railroad tunnel. Henry won – only to die at the moment of victory, from a stress-induced heart attack, hammer still clutched in his hand.

The John Henry story had particular resonance for the Black community during the civil-rights era. Henry’s story symbolised racial pride and the vast, unacknowledged contributions African Americans made to national infrastructure in the US. He was hailed as a “natural man” – the title of a 1937 play by Theodore Browne that honoured his legend. Henry’s life had come to symbolise the will to endure for a community trying to resist overwhelming oppressive forces.

Carole King was largely unaware of this background when Wexler hollered his request at her – but she and Goffin had been closely associated with several African-American singers and were very attuned to civil-rights issues. When the two of them sat down that evening, King found the chords and Goffin started in with the lyrics, coming up with the opening lines, “Looking out on the morning rain/I used to feel so uninspired.” They completed the song in a single night, demoed it the next day, and gave Wexler a writing credit for his initial idea.

A journey to self-discovery

Wexler was overjoyed at their sensitivity, speed, and brilliance. Franklin thought (You Make Me Feel Like) A Natural Woman was “a natural for her”, as she wrote in her 1999 autobiography, and got to recording the song for inclusion on her Lady Soul album, which would be released in January 1968 as her third Atlantic long-player. The vocals on the track – primarily Aretha’s, but also those of her sisters Carolyn and Erma – perfectly caught the spirit of the song.

While a superficial reading of the lyrics suggest that the singer’s peaceful state of mind is due to a new partner, Franklin’s treatment of the song emphasises the self-discovery of her internal “natural” qualities. Her inner strength was there all along, just waiting to be “named”. The song could easily be read in other ways, too – as a coming-out narrative, or of becoming confident in a new gender identity. Over the years, many have found solidarity with (You Make Me Feel Like) A Natural Woman, understanding their own journeys to self-discovery through its worldview.

Experiences that continue to endure

Carole King herself found new meaning in the lyrics she’d written. Following her divorce from Gerry Goffin, in 1968, King relocated from New York to Laurel Canyon, in Los Angeles, where she enjoyed the company of peers such as Joni Mitchell and James Taylor, and reinvented herself as a post-hippie singer-songwriter. Her 1971 album Tapestry was a huge breakthrough; King’s exploration of unvarnished emotions was by turns weary, hopeful, rueful and intimate, and, though now often thought of as one of the best breakup albums of the era, it also became the standard-bearer for the new genre of adult-oriented rock.

King recorded (You Make Me Feel Like) A Natural Woman to close out Tapestry. She doesn’t try to compete with “The Queen Of Soul” vocally (that would be a fool’s errand, anyway). Instead, her slightly mournful treatment marshals her own history, giving the song a tinge of looking back on something that was wonderful, but has now been lost. The song obviously remained incredibly personal to King: she used it as the title for her 2012 autobiography.

Now regarded as one of the best soul songs ever written, (You Make Me Feel Like) A Natural Woman has been recorded dozens of times – even by men, including George Benson, in 1968, and Rod Stewart, in 1974. Mary J Blige and Céline Dion each had a big hit with it 1995. It’s also frequently sung in TV talent competitions, with Kelly Clarkson delivering a memorable version in 2002. Yet it is Franklin and King, whose very different versions speak to distinctive experiences, that continue to endure.