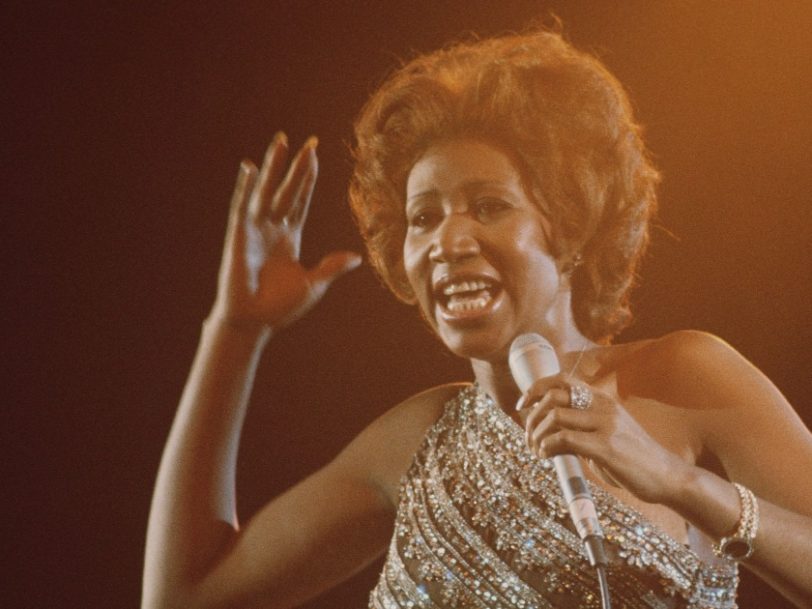 ‘I Never Loved A Man The Way I Love You’: Aretha Franklin’s Soul Serenade

Crowning Aretha Franklin the ‘Queen Of Soul’, the ‘I Never Loved A Man The Way I Love You’ album was ‘the sound of self-assurance’.

It’s a rare thing to have a tenth album that feels like a debut. First albums are full of fire, a roar of artist-unleashing energy that’s so hard to recapture on later recordings. It’s no wonder that the best debut albums are often fan favourites, even if they contain flaws. But Aretha Franklin’s 1967 release I Never Loved A Man The Way I Love You was a tenth album with a difference – and it really was a debut of sorts.

“Soul was the key. There was no compromising”

Aretha Franklin’s previous nine albums were released on Columbia, with very little evidence of artistic growth; the occasional quintessentially Franklin pieces, such as the beautiful One Step Ahead, from 1965, were drowned out by endless jazz standards and big-band arrangements. “I had established a national reputation,” Franklin once said of the end of her Columbia years. “You couldn’t call me a star, but I was surely a working singer. I didn’t have any real hits.”

That might be why I Never Loved A Man The Way I Love You has that rocket-from-a-bottle debut dynamism. Moving from Columbia to Atlantic Records late in 1966, Franklin believed that her new label was far more in line with her outlook and interests. Jerry Wexler of Atlantic, who had personally overseen Franklin’s signing, felt that the albums would only come alive when Aretha herself was in charge. He and Franklin soon got to work, beginning recording at Muscle Shoals Sound Studio, in Alabama. Only one song was recorded – the game-changing I Never Loved A Man (The Way I Love You) – amid a stormy session that jeopardised the new relationship between Aretha and Atlantic, briefly throwing the recording of the rest of the album in doubt.

“I didn’t realise the crucial significance of my function”

Regrouping in New York City, Franklin and the Muscle Shoals musicians – known as The Swampers – worked in earnest on the other ten tracks that would make up I Never Loved A Man The Way I Love You. For additional technical heft, Jerry Wexler brought in recording engineers Tom Dowd and Arif Marden. But, in Franklin’s opinion, one thing about the finished album was “deceptive and unfair”: she was not listed as co-producer. This, sadly, wasn’t unusual for female performers in the 60s: for instance, Bobbie Gentry produced her huge hit Ode To Billie Joe the same year as Franklin’s I Never Loved A Man The Way I Love You album was released, but she did not receive a producer credit either. Franklin later asserted, “I certainly fulfilled a co-producer’s role. At the time I didn’t realise the crucial significance of my function.”

Each of the album’s songs was selected by Franklin and Wexler, with Franklin co-writing four of them (Don’t Let Me Lose This Dream and Dr Feelgood, with her then husband and manager Ted White; Baby, Baby, Baby with her sister Carolyn, and the extraordinary Save Me with Carolyn and saxophonist King Curtis). “Soul was the key,” Franklin said about choosing these songs. “There was no compromising, no deliberate decision to go pop.” The lyrical variety of the album, from the classy Soul Serenade to the full-blooded relationship politics of Do Right Woman, Do Right Man, are all part of this refusal to compromise. The themes are multiplied in their effect by Franklin’s voice of dignity and deep humanity.

I Never Loved A Man The Way I Love You’s standout song, however, was Otis Redding’s Respect. Redding’s original, released in 1965, was a raw, funky thing, but its lyrics very much reinforced traditional gender roles: the man working, supporting his “little girl” and demanding “respect” in return. Franklin’s version, with reworked lyrics, changed it into an anthem of female empowerment and a civil-rights battle cry. Franklin had been performing the song live before she recorded it, and – along with sisters Carolyn and Erma – had gender-flipped the lyrics and added the iconic “Sock it to me” and “R-E-S-P-E-C-T” elements. She also played piano on Respect and led the studio musicians through her arrangement. In claiming one of the best Otis Redding songs as her own, Franklin created the definitive version – even Redding himself subsequently performed the song with her added parts.

“Some were saying that they heard the sound of self-assurance”

Respect wasn’t the only tune that Franklin, with her technical abilities and her incredible knack of finding a song’s heart, put her own majestic spin on. Good Times and A Change Is Gonna Come were originally written and performed by Sam Cooke, who penned the latter as a profound treatise on the experience of racism in the US. Franklin knew Cooke, had toured with him, and had been devastated by his death late in 1964. In her hands, A Change Is Gonna Come – just like Respect – added the anticipation of gender equality to its anti-racism message. Now standing among the best Aretha Franklin songs, Respect and A Change Is Gonna Come bookend I Never Loved A Man The Way I Love You, their optimism for a better world shining through, even though they are utterly different creatures. They are linked as key vocal paeans to the power of hope.

It was this authenticity – as well as the amazingly catchy music – that Franklin’s audience responded to when I Never Loved A Man The Way I Love You was released, on 10 March 1967. A No.1 R&B hit, the album also went No.2 on the Billboard 200, crowning Aretha Franklin not only the “Queen Of Soul”, but also one of the best female singers of any genre.

“Everything about that first Atlantic album pleased me,” Aretha later said. “It was neither my intention nor my plan, but some were saying that in my voice they heard the sound of self-assurance; they heard the proud history of a people who had been struggling for centuries.”

Find out where Aretha Franklin ranks in our best female soul singers of all time.