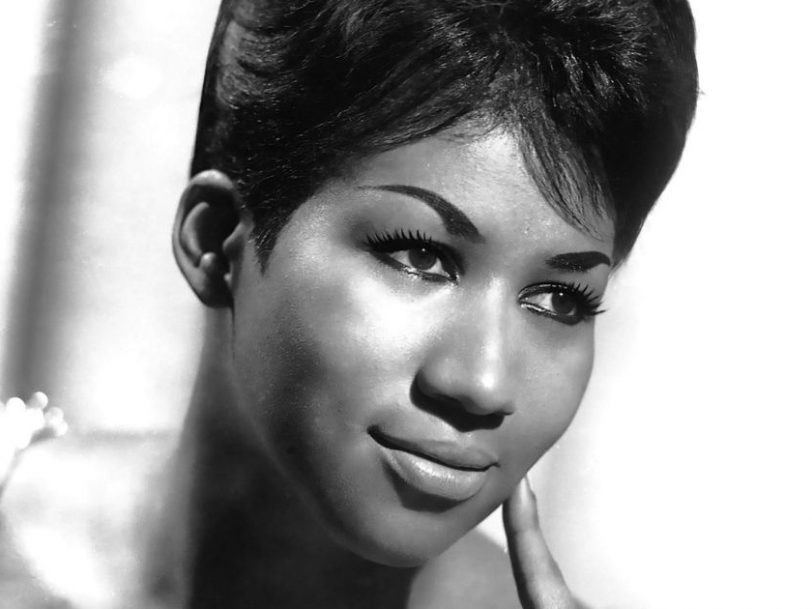 Aretha Franklin: Why The “Queen Of Soul” Will Never Lose Her Crown

Gifting her life to us through her art, Aretha Franklin remains the singer against which all others will forever be judged.

Aretha Franklin’s voice is often described as a “gift”. As if it were something magical that fell from the heavens and blessed her. Of course she was an astonishing singer, but so are many others – none of them, however, were crowned the “Queen Of Soul”. Aretha’s title is down to more than a voice. It’s down to a life, a lot of work, and a set of mental and musical circumstances that meant the sound Aretha Franklin made was hers alone.

Franklin’s father, the Reverend CL Franklin, was a minister and a proud African-American man. He knew the power of the medium as well as the message for celebrating The Word and advancing the cause of civil rights. Over the years, he released more than 70 albums of his own, mostly of his sermons, embracing the celebrity it brought.

CL Franklin didn’t prevent his children from listening to secular music, so pop, jazz and R&B were also in the air. Sometimes this even meant a private audience with musical pioneers. Aretha, born on 25 March 1942 as one of five Franklin siblings, remembered one time, as a child, “seated behind our grand piano was a heavyset man, a cigarette dangling from his mouth. The cigarette ash was incredibly long, yet it never fell as the pianist tilted his head to avoid the smoke floating into his eyes.” It was jazz virtuoso Art Tatum. Soul-music innovator Sam Cooke and gospel icon Clara Ward, among others, were also close to the Franklin family. Since some of North America’s finest mid-century musical innovators and Black political thinkers were part of Aretha’s childhood tapestry, it’s not hard to see how she might have joined the dots between civil rights, musical genius and showbusiness from a young age.

Aretha’s mother, Barbara, died young, of a heart attack, when Aretha was just ten. “I cannot describe the pain, and nor will I try,” Aretha said of her mother’s death. Knowing trauma like that as a child is a scarring experience. Aretha lost someone who nurtured her; she was also denied a future with her mother, the chance to develop an adult relationship with her (something Aretha clearly valued with her father as the years went on). This primal pain forced the young Aretha to confront adult emotions before her time.

She was also sexually active from a young age, first becoming pregnant at 12, and again at 13. Now we are likely to see Aretha as a child being exploited or coerced; Aretha described herself in her autobiography as “a red-blooded African-American teenage girl” who was in love with her babies’ father. The impact of Aretha bearing children from what was essentially her own child’s body was another premature adult experience, opening up a world in front of her eyes that was closed to most.

The complex field of her young life – the losses, the strains on her body and mind, her faith, the pride in her Black identity, the joys that music brought to her – all came to bear on her voice. How could it not? Her experiences brought conviction into her delivery greater than any vocal coach could ever do. As a young teen, she was a soloist at her father’s church; CL Franklin installed recording equipment, and the recordings from this time are of Aretha sounding enormously seasoned already. This voice was not a gift. This voice was the result of practice, of experience and of channelling her life into her words.

It won’t be long: Columbia Records and early albums

The grit of those early recordings was tempered when Aretha signed with Columbia Records in 1960. Her first album, Aretha, recorded with the Ray Bryant Combo in New York City, announced her arrival on its sleeve: “a magnetic new artist… saucy, teasing… rocking, shouting…” but the music inside was mostly genteel, graceful, tasteful. With the exception of her storming version of Won’t Be Long, Aretha was at the supper club for most of this record – a pattern repeated on her other Columbia recordings. There are many gems from these years, but Aretha herself felt frustrated that her personality wasn’t coming through.

She wasn’t shy of expressing her musical and political opinions, and while she would never devalue entertainment as an end in itself, she also knew that there was so much more her music could deliver than simply being a nice song sung well. As a talented pianist and skilled arranger, Aretha could see paths to emotion that weren’t solely through her voice – something very underused during her Columbia tenure.

When she arrived at Atlantic Records, in 1966, the long apprenticeship at Columbia all seemed worth it. Aretha knew what she could do, but she also, crucially, knew what she wanted to do. She was co-producer in all but name of her first Atlantic album, I Never Loved A Man The Way I Love You[link to I Never Loved A Man album (not song) story], which spawned her first huge hit – the title track – and the anthem that would forever remain among the best Aretha Franklin songs, Respect. “It was the need of a nation, the need of the average man and woman in the street,” Aretha has reflected of that song, which had originally been released by its author, Otis Redding, but given a radical overhaul by Aretha. “The song took on monumental significance,” she said. With the grain of her voice and the singularity of her phrasing, Aretha expressed the longing for dignity and equality in both the home and in the streets.

On this album, and the ones that immediately followed – Aretha Arrives, Lady Soul, Aretha Now – there is incredible economy. Few songs topped four minutes, most came in at under three. The product of an extraordinary work ethic and of Atlantic’s desire to capitalise on her success, Aretha turned albums around quickly, sucker-punching with emotional hits and leaving the listener dazed over what just happened. During this late-60s period, Aretha bent songs to her will. The material was mostly not hers, yet it was entirely hers.

Respect: Aretha in the 70s

1972’s Amazing Grace, a gospel album recorded live in church (just as her earliest songs had been), was another watershed. She rejected a more polished studio approach. “Gospel is a living music,” she has said, “and it comes most alive during an actual service.” Mick Jagger and Charlie Watts were present at one of the two performances taped for the record. “I’d seen Aretha many times in concert,” Jagger said in 2015, “but this was the first time I’d seen her in a church. It was an exciting and unique occasion.” In this setting Aretha was a different artist. It seems strange to call someone quiet when they are singing with such force, but quiet was what she was: at the piano, eyes closed, introverted, concentrated on the spirit. She sang songs from her childhood alongside more contemporary songs (such as Marvin Gaye’s Wholy Holy). It was a different Aretha, and Amazing Grace would be her best-selling album at Atlantic.

Aretha’s catalogue is enormous. The album to follow Amazing Grace, 1973’s experimental Hey Now Hey (The Other Side Of The Sky) was already her 19th in a little over a decade. This record, so rarely talked about as one of her best, features her devastating seven-minute version of Bobby Womack’s That’s The Way I Feel About Cha, along with Angel, written by her sister Carolyn. The latter opens with a spoken, postmodern intro: “I got a call the other day,” Aretha says at the start of the song. “It was my sister Carolyn saying, ‘Aretha, come by when you can, I’ve got something to say.’” Moments like this put Aretha squarely at the vanguard of 70s Black music, alongside Isaac Hayes and Curtis Mayfield, elongating soul from its previous brevity to an exploratory, conceptual place.

I knew you were waiting: later years

She would keep moving, through some funky mid-70s moments (Mr DJ, from 1975’s You, is fiery funk to rival Millie Jackson), but as the decade wore on sales slowed. Aretha initially resisted disco, thinking it faddy, and turned down an offer to work with Chic. When she did dip her toe into the genre, the result was 1979’s La Diva – her final album for Atlantic, and another hidden diamond. Yet it was unsurprising that Aretha barely promoted it. Around the time of La Diva’s release, her family home was burgled, and her father was shot. CL Franklin fell into a coma, where he remained for the next five years before passing away.

Against the backdrop of her father’s condition, Aretha left Atlantic and signed to Arista, rebooting her career with 1980’s Aretha (featuring her sensational version of The Doobie Brothers’ What A Fool Believes). “My life was compartmentalised,” Aretha has said of this time. “There was my career, and there was my family. My family obligation centred on being there for Daddy.” Personal relationships were strained and some never recovered. However, in her Arista years Aretha would have some of her biggest hits, and she duetted with younger artists, such as George Michael, who were keen to pay court to the queen. Her icon status cemented, Aretha continued to perform and record, right up into her 70s.

Aretha died at home on 16 August 2018, aged 76. When she passed away, US President Barack Obama spoke for many when he said, “In her voice, we could feel our history, all of it and in every shade – our power and our pain, our darkness and our light, our quest for redemption and our hard-won respect.”

The great gift, therefore, is not the voice Aretha Franklin was born with. The gift is what she made of that voice. And that voice is a gift from her, to us. She crafted it and she brought her life to bear on it. We experience the world differently after we hear her. Aretha, Queen, we thank you for your gift and we will always miss you.