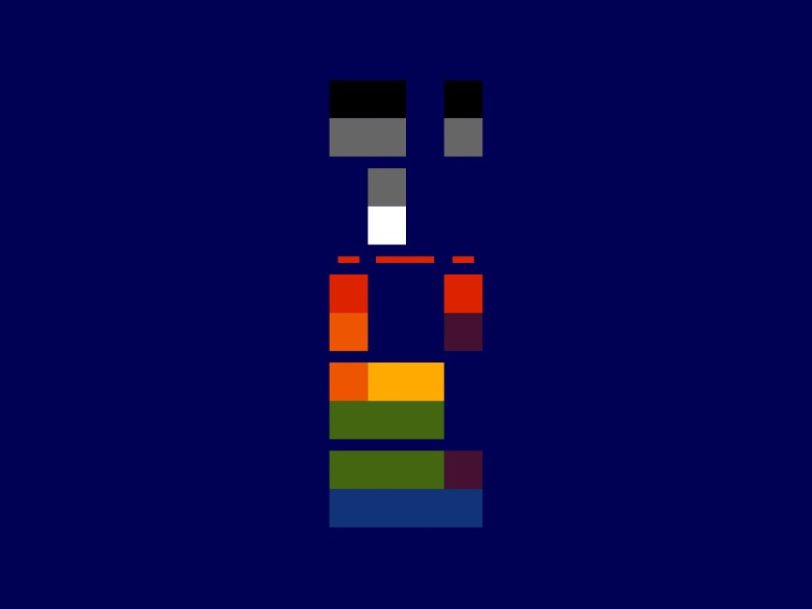 ‘X&Y’: How Coldplay Reformulated Their Sound With Twisted Logic

Dusting themselves off from the success of the whirlwind tour that followed their second album, 2002’s A Rush Of Blood To The Head, Coldplay decided to take a break, but quickly began to feel a sense of trepidation about their next move. “After the last album was finished,” Chris Martin said at the time of the release of their eventual follow-up, X&Y, “I went through about three months of thinking there wouldn’t be another album.”

With Coldplay’s status among the best 2000s musician relatively secure, they had little reason to feel apprehensive. However, despite X&Y being considered one of Coldplay’s best albums, Martin has said it emerged from “a really difficult two years” signified by nearly 30 abandoned songs and mired in personal troubles and release delays.

The media glare might have been a factor in this. Not only had Coldplay acquired fame and adulation in equal measure, but frontman Chris Martin had become a bona fide tabloid celebrity following his marriage to actress Gwyneth Paltrow in December 2003. With the eyes of the world on them, everything was riding on Coldplay to unlock the puzzle of their third album and truly define their sound.

With production by Danton Supple, the man who had mixed A Rush Of Blood To The Head, the group’s new songs cracked the code by heading in a more electronic direction, influenced as much by Brian Eno’s ambient soundtracks as they were by U2’s sonic sweep. “A lot of the songs are about love and loss or they’re about the great things in the world versus the terrible things in the world,” Martin said.

X&Y’s lead single, Speed Of Sound, was released in April 2005, and was positively glowing with Coldplay’s trademark oscillating piano tones – á la their earlier hit Clocks – while a drum beat paid homage to Kate Bush’s Running Up That Hill. Reportedly inspired by Chris Martin becoming a father to his daughter, Apple, in May 2004, the song was, the singer said, intended to evoke the “sense of awe and wonderment” of parenthood, adding that it is “kind of a Kate Bush song about miracles”. An instant success, Speed Of Sound immediately peaked at No.8 in the US, making Coldplay the first British band since The Beatles to have a new entry in the US Top 10 in its first week of release.

With anticipation higher than ever, Coldplay’s third album, X&Y, was finally released on 6 June 2005, adorned with cryptic artwork featuring multi-coloured blocks inspired by French mathematician Émile Baudot’s telegraphic alphabet code. As well as referencing X and Y chromosomes to convey the album’s humanistic themes of communication between the sexes, the record’s title was wilfully enigmatic. “X and Y is the mathematical formula used when you don’t know the answer,” Chris Martin said. Despite the mystery, Coldplay had never been more popular. Before the month’s end, the group had performed to 100,000 people as the main headliners at Glastonbury Festival, and also took part in Bob Geldof’s Live 8 concerts in early July, raising awareness of global poverty.

“Something has to inspire you, and something else takes over. It’s very cloudy”

As with A Rush Of Blood To The Head, there was a sense that X&Y tapped into the political zeitgeist, so it was hardly surprising to see Martin performing on stage with a white wristband campaigning for the eradication of Third World debt. From the ambient synths of Square One’s cry for a personal sense of direction (“Deciphering the codes in you/I need a compass, draw me a map”) to the John Lennon-esque imaginings of What If (“What if there was no time?/And no reason, or rhyme?”), the band’s new songs were anchored in the human experience.

White Shadows boasts pedal effects that recall U2’s The Edge as Martin muses on humanity’s place in the universe, while X&Y’s title track evokes the powerlessness of being muted by grief. Elsewhere, the acoustic ballad A Message was reportedly the last song penned for the album, written by Martin at 2am during a bout of insomnia. “It was the first song I’ve ever written without any clothes on,” he later joked. Given how the shadow of death looms over much of X&Y, it’s perhaps even more affecting that the hidden track Til Kingdom Come was originally written for the county legend Johnny Cash, who died the week before he had a chance to record it.

With the UK public still reeling from the 7/7 bombings on the London Underground, Coldplay released X&Y’s second single, Fix You, in September 2005. Originally written to comfort Gwyneth Paltrow following the death of her father, the song was a timeless offering of gospel-inspired solace for those in mourning; chiming perfectly with the public mood, it has rightly been hailed as one of the best Coldplay songs. With Chris Martin delivering one of his finest vocal performances to date, the single peaked at No.4 in the UK and was lent added poignancy due to the fact it was written on the keyboard formerly owned by Paltrow’s late father. “Something has to inspire you, and something else takes over. It’s very cloudy,” Martin later said of writing the song.

Taken as a whole, X&Y expertly managed to fuse the arena-rock ambitions of A Rush Of Blood To The Head with a refreshing, synth-inspired new direction. Even touching on space-rock, with a sparking ambience pervading much of the album’s tracks, this new-found sonic palette helped underscore the existential concerns in much of Chris Martin’s lyrics. Indulging in more electronic influences, it’s hardly a surprise, then, that Coldplay looked to German electro-pop godfathers Kraftwerk for inspiration.

For X&Y’s third single, Talk, the band sampled the synth hook from Kraftwerk’s 1981 hit Computer Love and beamed it through guitarist Jonny Buckland’s ringing effects pedal to remarkable effect. Initially, Chris Martin wasn’t sure if Kraftwerk would allow them to use the sample, so wrote them a letter begging permission. “I had no idea if they knew who Coldplay were, so had to explain myself,” the singer later recounted. “Everyone says it’s extraordinary that they said yes.” Upon the release of Talk as a single in December 2005, the song reached No.10 in the UK and saw the band act out their sci-fi B-movie fantasies in a promo video directed by Anton Corbijn.

Chris Martin went on to give interviews that singled out Kraftwerk as one of X&Y’s biggest inspirations. “They’ve totally influenced us on this record,” he said. “To begin with, they were a band I didn’t quite get. Then suddenly one day it clicked and it was the best music I’d ever heard.” A seminal moment for Coldplay, Talk would act as a precursor to the more electronic-inspired avenues the group would further explore on albums such as A Head Full Of Dreams.

“Somehow we got to the end of this intact”

Despite the difficulties they suffered in the run-up to creating X&Y, there is no doubting that Coldplay had reached a significant milestone with their third record. In its first week of release, the album had become the fastest-selling rock record of the year, shifting 151,000 copies on its first day alone. Peaking at No.1 in 32 countries, by the year’s end X&Y had racked up 8.3 million worldwide sales.

In subsequent years, however, Chris Martin has confessed that he would like to make some changes to it. “I would re-edit a bit… and probably will,” Martin told BBC Radio 2, expressing a desire to re-envision “how the album should have been” for a future anniversary. Nevertheless, Martin remains particularly proud of Fix You, describing it as “the most important song we’ve ever written” and telling Mojo that “it’s so unlikely that that song would have come out of that period”.

As it stands, however, X&Y is still one of 2005’s most memorable releases. “Somehow we got to the end of this intact,” Martin has reflected, “despite all sorts of confusion and nonsense.” With this in mind, it’s better to see Coldplay’s third album as a triumph over adversity: X&Y was a landmark release for the group, and it remains so for many fans. Riding on the trail blazed after their meteoric rise to fame, it was with this record that Coldplay brilliantly refined their sound and asserted their place as one of the world’s biggest rock bands. You don’t need to be a mathematician to understand that.