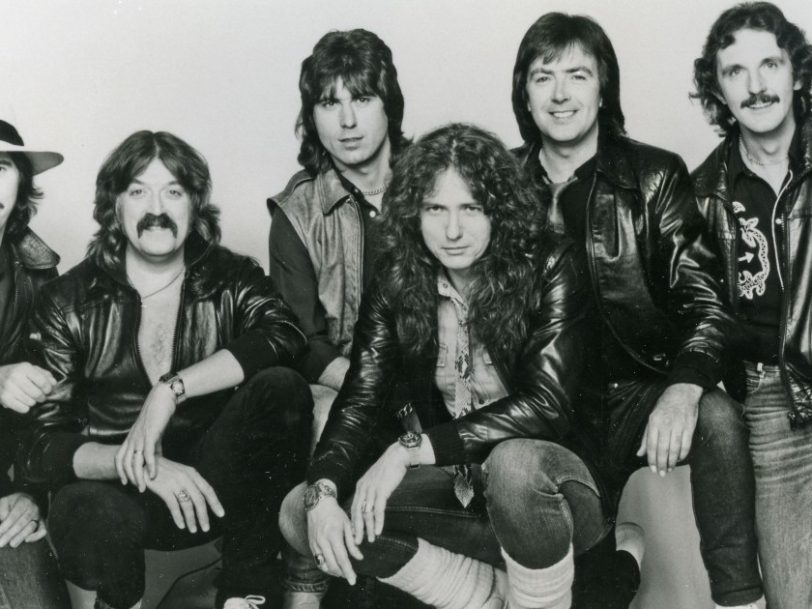 Why Whitesnake’s Self-Titled Album Is Their Definitive Work

Their career-making US breakthrough, Whitesnake’s self-titled album was the ‘welcome pay-off’ David Coverdale had sought for all his efforts.

Bands largely issue a self-titled album because it’s their debut – and therefore their mission statement – or else they are keen to affirm the validity of a new line-up or creative approach with a career-defining record. In Whitesnake’s case, the latter rings true, for the group’s multi-platinum self-titled album, released in the spring of 1987, remains David Coverdale and co’s biggest seller, and is certainly their flagship release.

“I wanted Whitesnake to be leaner, meaner and more electrifying”

The stats surrounding Whitesnake’s self-titled album are the stuff of rock’n’roll dreams. First issued in the UK and Europe on 31 March 1987 (and following in the US on 7 April), the record moved over eight million copies in North America alone, and while Michael Jackson’s Bad denied it the No.1 spot on the Billboard 200, Whitesnake spent more weeks in the chart’s Top 5 than any other release that year.

Yet while the album’s colossal success skyrocketed Whitesnake to global stardom, the result could easily have gone the other way. Even for a band with their long-running history, the drama shifted up several gears when it came to making Whitesnake’s self-titled seventh album: a process which began as early as 1985, after the group completed the tour in support of their previous release, Slide It In.

That record was put to bed with a high-profile show at Brazil’s Rock In Rio Festival, in January 1985, after which drummer Cozy Powell quit, and Coverdale (not for the last time) briefly considered splitting the band. However, he relented after Whitesnake’s new US label, Geffen, believed he had a great future writing songs with guitarist John Sykes.

Coverdale, though, was aware his band needed an upgrade if they wanted to compete with the new breed of US hard rock outfits, such as Bon Jovi and Guns N’ Roses, who were then entering the mainstream.

“I wanted Whitesnake to be leaner, meaner and more electrifying,” the singer told Metal Hammer in 2009. “I felt that we’d done extraordinarily well. We’d made six albums in just a few years. We did fabulously on those albums, but I really felt that we were flogging a dead snake.

“For me personally, I felt it was time for a change. I didn’t want to stay in the same old traditional blues and pop scenario… I wanted to pursue another direction… The reason I invited John Sykes into the band was to actually afford that transition, or someone of that style, and it happened to be Sykes.”

Initially, there was plenty of bonhomie. Songwriting sessions in rural France led to Coverdale, Sykes and bassist Neil Murray working up a stack of highly promising new material, including future classics Still Of The Night and a newly-adapted version of Is This Love, which Coverdale had originally penned with Tina Turner in mind. Former David Bowie and Frank Zappa drummer Aynsley Dunbar was then recruited to complete the line-up and, after extensive rehearsals, the band decamped to Little Mountain Sound Studios, in Vancouver, for the Whitesnake album’s recording sessions.

Once in Canada, though, things began to unravel. Even though he previously believed he was in “kick arse shape” vocally, Coverdale discovered his voice was in real trouble when he tried recording his contribution to Is This Love.

“At the end of it, I was dripping with sweat”

“I sang the song from beginning to end, out of tune, and I couldn’t tell,” he told Classic Rock in 2017. “At the end of it, I was dripping with sweat, and it’s not an exhausting song to perform.”

Coverdale’s dismay was compounded when he was diagnosed with acute sinusitis. After doctors described his infection as being the worst they’d ever seen, he was given a 50/50 change of being able to sing again. He was sidelined for eight months while he recovered, during which time the band completed most of the music that would appear on Whitesnake’s self-titled album. However, while this painful period played out for Coverdale, the singer got into a feud with John Sykes, which ultimately led to the pair parting ways.

“I received no support from Sykes at that time,” the Coverdale told In The Studio With Redbeard, in 2017. “He did everything he could to take advantage of me being compromised.”
For his part, the guitarist remembers events differently, and vehemently denies he was trying to wrest control of the band away from his frontman.

“How on earth can anyone front Whitesnake apart from David Coverdale?”

“It’s been said that when David was having his troubles, I went to Geffen and urged them to bring in another singer to replace him in Whitesnake. That’s rubbish,” Sykes asserted in a 2017 interview with Rock Candy magazine. “How on earth could you ever have anyone fronting Whitesnake apart from David Coverdale?”

However it all went down, it’s indisputable that Coverdale recovered enough to record his vocals for the album, and he tracked them with producer Keith Olsen. He was still lacking in confidence and admits he “almost vomited” while recording his vocal for Still Of The Night, going on to sing just two passes with “fingers crossed – and that’s what’s on the record”.

To the band’s credit, fans didn’t get an inkling of either Coverdale’s difficulties or the internal strife when Whitesnake’s self-titled album was released. What they did hear was quality hard rock, aided and abetted by the on-trend production nous required to make the record big in the late 80s.

“I honestly had no idea the album would be that successful”

Killer singles Is This Love and a punchy makeover of a standout from the group’s Saints & Sinners album, Here I Go Again, exuded radio-friendly crossover appeal, while venomous rockers such as Bad Boys and the no-holds-barred Children Of The Night showed that Whitesnake could still liberally kick the arses of hard rock’s younger pretenders. Despite Coverdale’s misgivings, his Robert Plant-esque performance on the ambitious, six-minute Still Of The Night comprehensively proved that he could still cut it at rock’s highest level.

Despite his vocal renaissance, Coverdale’s feud with John Sykes left a bad taste, and the singer also opted to let Murray and Dunbar go following the album’s completion, late in 1986. When he toured the record, he did so with another new line-up, with guitarists Adrian Vandenberg and Vivian Campbell augmented by bassist Rudy Sarzo and drummer Tommy Aldridge.

This new-look Whitesnake had plenty to promote. With the help of memorable, MTV-friendly videos for its massive US hits, Is This Love and Here I Go Again, Whitesnake’s self-titled album blew up on release, eventually going platinum eight times over in the US and peaking at a career-best No.2 in the UK. Along the way to making Whitesnake one of the biggest heavy-rock acts in the world, the album also replenished Coverdale’s flagging morale.

“I had no idea that the album would be so successful,” the singer reflected in an interview with Whitesnake’s official website in 2007. “It was a huge sigh of relief for me when it hit… The biggest surprise was that it kept going… With all the problems, the costs, emotional and financial, associated with making the record, I had truly lost perspective…

“Otherwise I probably would have been ruined… and it certainly would have been the end of Whitesnake,” he added. “I felt it was a welcome pay-off for all the years I’d been working hard at it, maintaining the belief that I was doing something worthwhile and hoping that one day success would come a-knocking…”