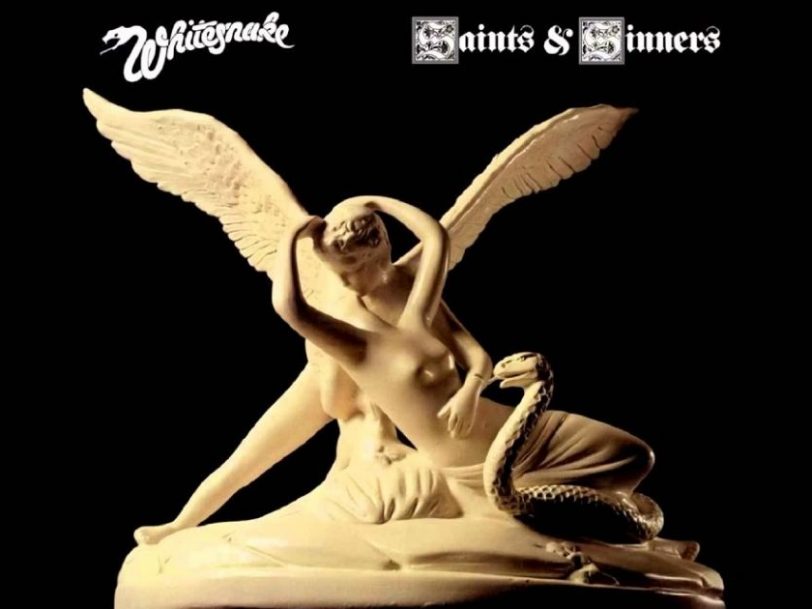 Originally released in 1982, Whitesnake’s fifth studio album, Saints & Sinners, stacks up with the veteran hard rock outfit’s very best. It yielded a silver disc and produced the hit single Here I Go Again, but its success was bittersweet, as it proved to be the last record fashioned by the band’s classic Mk II line-up.

“There was a lot of strong feelings between us”

This iteration of Whitesnake – featuring ex-Deep Purple triumvirate David Coverdale, Jon Lord and Ian Paice, supplemented by guitarists Micky Moody, Bernie Marsden and bassist Neil Murray – remains crucial for the group. Working up a tough, yet radio-friendly hard-rock sound, they broke into the mainstream on the cusp of the 80s, with their third and fourth albums,Ready An’ Willing and Come An’ Get It, both going gold. Indeed, such was the degree of Whitesnake’s success that Come An’ Get It was only held off the UK No.1 spot by Adam And The Ants’ seemingly omnipresent Kings Of The Wild Frontier.

Those big-selling titles spawned evergreen hits such as Fool For Your Loving and Don’t Break My Heart Again, and took Whitesnake to the very cusp of mass success. Yet, in typical rock’n’roll fashion, just as everything seemed theirs for the taking, it all threatened to go south.

“We had too many late nights, too much partying”

“I think David enjoyed that particular line-up, because there was a lot of strong feelings between us,” Micky Moody told Hard Roxx in 1997. “We were all mates originally when the band started. We had such a great time playing and partying together. We had a great sense of humour.

“By 1981, people were becoming tired,” he added. “We had too many late nights, too much partying. We were making nowhere near the kind of money we should have been making. Whitesnake always seemed to be in debt, and I thought, What is this? We’re playing in some of the biggest places…”

Further business-related problems, and serious health-related issues affecting Coverdale’s daughter, also blighted the creation of Saints & Sinners. Though helmed by Martin Birch, a producer known for his efficiency, the album went through a lengthy gestation period across 1981 and 1982, while relations soured between band members. Though most of the record was created by Whitesnake’s classic sextet, only Coverdale, Lord and Moody remained by the time it was released – and Moody had departed during the sessions, only to return on Coverdale’s insistence.

To the band’s credit, they left their personal baggage at the studio door, ensuring that Saints & Sinners still ranks highly among Whitesnake’s most accessible, focused and consistent albums. It’s generally remembered for housing the original versions of Here I Go Again and the epic, blues-tinged Crying In The Rain (both of which were re-recorded for 1987’s multi-platinum-selling Whitesnake album) but they’re by no means the record’s only stand-out tracks.

Refreshingly free of filler, Saints & Sinners opens in style with the edgy, driving Young Blood and rarely lets up from thereon in. It wouldn’t be a Whitesnake album without a few quintessential innuendo-laden anthems (Rock’n’Roll Angels, the lust-fuelled Dancing Girls), but Coverdale and co were never mindless boogie merchants. In fact, as perfectly executed set pieces such as Victim Of Love, Bloody Luxury and the album’s potent title track all make abundantly clear, Whitesnake always sought to match muscle with melody – and they invariably got that balance right here.

“We’d found out style and sound”

Released on 25 November 1982, Saints & Sinners did good business for the group. Peaking at No.9 in the UK, it led to the band undertaking a world tour (including a Castle Donington Monsters Of Rock slot in 1983) in support. However, internal disagreements persisted, and Coverdale recruited a new-look Whitesnake, involving veteran drummer Cozy Powell, ex-Thin Lizzy guitarist John Sykes and a returning Neil Murray, to record their next album, 1984’s Slide It In. Nonetheless, while Saints & Sinners effectively marked the end of an era, it’s a period that all concerned recall with some affection.

“Whitesnake wrote good songs, they always had good melodies and a strong melody will always last,” Moody said in 1997. “A lot of the heavy rock bands, even in those days, it was just a singer shouting on top of a guitar riff, but Whitesnake had good lyrics and modern playing. Certainly from 1980 and Ready An’ Willing onwards, we’d found our style and sound.”