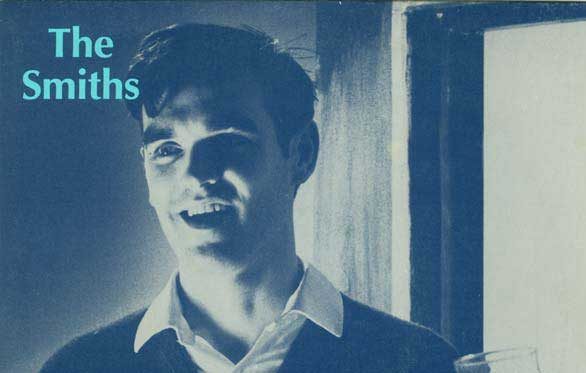 What Difference Does It Make?: Behind The Smiths’ First Major Hit Single

One of Morrissey and Marr’s earliest songs, The Smiths’ What Difference Does It Make? remains a classic with across-the-board appeal.

One of the first songs written by Morrissey and Johnny Marr, What Difference Does It Make? was a staple of The Smiths’ early live set and it rewarded the band with their first UK Top 20 hit early in 1984.

Kicked into life by one of Marr’s catchiest riffs, and featuring vivid wordplay from Morrissey (“The devil will find work for idle hands to do/I stole and I lied, and why?/Because you asked me to”), the song retains its across-the-board appeal to this day. But while its execution sounds effortless, the band struggled to get it right in the studio.

“It was a long song”

First worked up during The Smiths’ earliest rehearsals, What Difference Does It Make? reputedly took its title from Jack Kerouac’s 1958 beat novel The Dharma Bums, in which one of the characters, Ray Smith, repeatedly uttered the phrase. The song was initially recorded during the band’s second recording session, at Manchester’s Drone Studios in December 1982, and included on a demo tape (alongside early takes of Miserable Lie and Handsome Devil) The Smiths sent to EMI in the hope of securing a deal.

After that failed to materialise, the band’s self-produced debut single, Hand In Glove, led to a long-time association with Rough Trade, and The Smiths recorded another version of What Difference Does It Make? in May 1983. Notably more confident, that recording was helmed by producer Roger Pusey for the band’s initial session for BBC Radio One’s John Peel show and it was later rounded up for the widely-acclaimed Hatful Of Hollow compilation.

For many Smiths die-hards, that muscular live recording remains the definitive take, though What Difference Does It Make? still had some distance to run before it became This Charming Man’s hotly-anticipated follow-up single in January 1984. The two versions the band laid down with Troy Tate during the summer of 1983 were scrapped, but The Smiths revisited the song after John Porter took the production reins and re-recorded the band’s debut album during sessions in Manchester and London in the autumn of 1983.

“It turned out to be one of our biggest hits!”

Having first played bass on Roxy Music’s For Your Pleasure, Porter had an impressive production CV, with credits including Bryan Ferry’s These Foolish Things and Killing Joke’s Fire Dances. Known for his meticulous attention to detail, the producer’s arranging skills came to the fore as he reworked What Difference Does It Make?

“It was very linear and, for them, it was a long song,” Porter later told Mix Online of the group’s early arrangement. Noting its need for more structure, he added, “the first thing I did was put an intro on it”.

Encouraged by Porter, Johnny Marr ended up layering multiple guitar parts, with the producer recalling, “Johnny was very interested in the process, which was great.” However, Porter’s overhaul of the arrangement didn’t initially please everyone in the band.

“What Difference Does It Make? was [originally] a lot more rumbly, drum-wise, more of a jungle-y rhythm”, Mike Joyce recalled. “John Porter listened to it and said, ‘Try it like this,’ very much straight fours. I thought, Hmmm, I don’t really like this, and Morrissey looked at me as if to say ‘No, I agree with you, Mike’.

“So, me and Morrissey would be sitting on one couch and Johnny and John would be on the other, both grumbling away at each other,” Joyce added. “We tried it John’s way and he was bouncing around the room, going, ‘Cool, sounds more like a single!’ And of course he was right as it turned out to be one of our biggest hits!”

“It went down great live”

Housed in a memorable sleeve depicting a still of British actor Terence Stamp in the 1965 thriller The Collector, the John Porter-produced What Difference Does It Make? was first released on 16 January 1984. It rewarded the band’s patience when it shot to No.12, significantly raising The Smiths’ profile in the process.

Even now, debate still rages as to whether the tougher BBC version from Hatful Of Hollow (later resurrected for The Sound Of The Smiths compilation) or Porter’s more polished cut is the superior version. Most, though, would agree that What Difference Does It Make? is a fantastic song regardless – and one with all the hallmarks of an evergreen hit.

“A lot of people really liked [What Difference Does It Make?] and it got to No.12,” Johnny Marr reflected in 2010. “It followed This Charming Man and it was part of [the band’s] early peak. It was all right. It went down great live and that’s when I really liked it.”

Check out the story behind The Smiths’ classic The Queen Is Dead album.