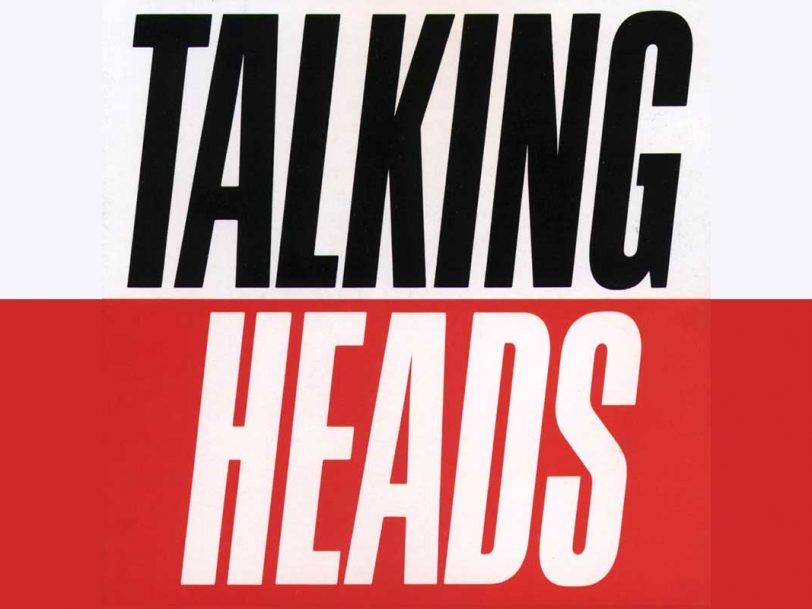 True Stories, the seventh studio album by Talking Heads, was released in the autumn of 1986, alongside the film of the same name, frontman David Byrne’s directorial debut. It is not, however, a soundtrack in the truest sense. All the songs on the album featured in the film, but there they were handled by the cast; in the studio, the band performed the songs, with vocals by Byrne. To add to the confusion, later that same year Byrne released the album Sounds From True Stories, comprised of incidental music from the film.

“We have a real intuitive understanding”

In many ways, both the film and the album demonstrated how distanced the members of Talking Heads had become. Though they had produced some of the most forward-thinking music of their time using a collaborative, jam-based approach for records such as 1980’s Remain In Light and 1983’s Speaking In Tongues, the True Stories material was entirely written and arranged by Byrne. The singer reflected on this approach in an interview with Vivien Goldman for Q in December 1986: “It’s not like I’ve just used the group to get back to the film stuff I was doing as a kid. But when videos began to be important, I jumped.

“At first it was traumatic for the group when I did My Life In The Bush Of Ghosts six years ago with Brian Eno,” Byrne continued. “The life of the group was in peril, but now it’s all settled down. It was kind of healthy not to get into the record-tour-record rut. The others began to ask what they were going to do. Then they said, ‘We’re not helpless, we can write our own stuff,’ and made the Tom Tom Club. The trick has just been keeping schedules for our work. It’s pleasant when we get back together and rehearse. By now we have a real intuitive understanding as musicians.”

“We had fun recording it”

Though the various Talking Heads solo projects had enjoyed their own successes, not all of the band were quite as happy with their gradual splintering, as drummer Chris Frantz revealed in a 2020 interview with the website Slicing Up Eyeballs: “That was really David’s baby, True Stories… It sort of became ‘The David Byrne Show’ for a while because the success of [1984 concert film] Stop Making Sense had really made him a star. His picture was on the cover of Time magazine, things like that.”

Still, the album that emerged is an intriguing, genre-hopping addition to Talking Heads’ catalogue. The True Stories film followed Byrne (playing The Narrator) as he investigated the goings on in a mythical Texas town named Vigil, in which all the occupants are varying degrees of eccentric, from soothsaying old men to rambling preachers, and the songs reflect the broadness of the subject matter. Despite the band politics, the recording sessions went well, according to Frantz: “We had fun recording it, and I love that song Dream Operator. I love Puzzlin’ Evidence. A lot of those songs, I think, are really good songs.”

“We just want someone to love”

True Stories the album opens with one of the most direct, straightforward rock songs in Talking Heads’ catalogue, Love For Sale, in which a slightly twisted, rockabilly-flavoured guitar riff and four-to-the-floor drums provide the backdrop for Byrne to snarl and yelp a lyric that pokes fun at consumerism. The frenetic Puzzlin’ Evidence follows, its motorik drum part driving the track along as fairground organs create an uneasy feeling to match Byrne’s gospel choir-backed lyric about mistrusting news sources and being sceptical of modern culture in general (“You’ve got the CBS/And the ABC/You’ve got Time and Newsweek/Well they’re the same to me”).

The tempo drops for the tropical-tinged Hey Now, a ridiculously catchy romp that continues Byrne’s interest in writing joyful songs for children (see Little Creatures’ Stay Up All Night). And there’s another change in tone with Papa Legba, a knotty funk track with a whiff of voodoo about it. In the film, it was sung with a cool, soulful detachment by Pops Staples, while on record Byrne turns it into something altogether more sinister.

True Stories’ hit single, Wild Wild Life, follows. Hurtling along with a singalong chorus, it’s Talking Heads at their most mainstream-courting. As usual, however, the lyrics went deeper, with Byrne describing day-to-day life in the US with a childlike sense of wonder, as if amazed that humans are still able to function when our lives have changed so much. Radio Head changes things up again as a zydeco-informed stomper that continues the party atmosphere before the album drops into the stately, midtempo Dream Operator. The infectious People Like Us follows, with Byrne reassuring the audience that, despite being individuals (especially in the case of the film’s characters), our needs are universal: “We just want someone to love.” City Of Dreams, meanwhile, is a powerful ballad that makes for a moving closer to the album, concerned as it is with how the modern world is interconnected and how history informs culture.

Released on 15 September 1986 and buoyed by the success of Wild Wild Life in particular, True Stories went on to sell half a million copies in the US alone. It also led to a change in terms of working methods for Talking Heads’ next album, 1988’s Naked, which saw the band revert to a more collaborative way of working.

Check out our best Talking Heads songs to find out which tracks made the cut.