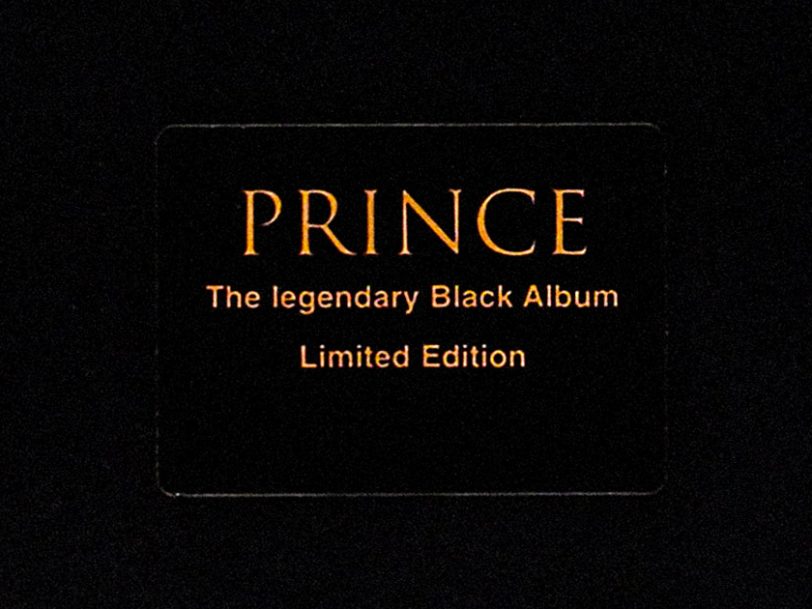 The Black Album: How Prince Defeated His Dark Side

Starkly funky and unapologetically sexual, ‘The Black Album’ was Prince’s ‘angry bitter’ response to his critics – and he shelved it.

From the very start of his career, Prince had recorded far more material than he could ever have released. As the 80s unfolded and his discography grew, the legend of The Vault – a vast trove of unissued music – assumed as much significance to fans as his official release schedule, fuelled as it was by rumours that it contained everything from career-best songs to whole album projects that, once shelved, risked never seeing the light of day. Of all these – including Dream Factory and the Crystal Ball triple-album, eventually refashioned into Sign O’ The Times – one record loomed over them all when it was withdrawn without warning on the eve of its planned release. Soon to become the biggest-selling bootleg of all time, The Black Album had a working title of “The Funk Bible”, but it was in many ways the actual Bible which inspired his decision to cancel its release.

“It was never intended to be an album”

Pulled at the last minute, The Black Album had been compiled in a similarly impulsive fashion. Most of its eight songs had been recorded for a birthday party Prince threw for Sheila E at the end of 1987, rather than for a standalone album project; having pressed the material up, however, Prince realised he could put it to another use.

“It was never intended to be an album,” Susan Rogers, Prince’s studio engineer from 1983 to 1987, told this author for the book Lives Of The Musicians: Prince. “We just wanted stuff to dance to at the party.” But upbeat funk cuts such as Superfunkycalifragisexy had given Prince an idea. Though his Parade and Sign O’ The Times albums had attracted some of his most glowing reviews to date, there had been noise from some quarters suggesting that, while dazzling, his artistic leaps had left his Black audience behind. As Prince later wrote in the Lovesexy album’s tour programme, Camille – an alter ego that had appeared on Sign O’ The Times, and who had been credited with singing on The Black Album’s eventual closing track, Rockhard In A Funky Place – “set out to silence his critics” and “found a new color. The color black: strongest hue of them all.”

“I was very angry a lot of the time back then”

While Prince also used The Black Album to send himself up to the verge of self-antagonism (Bob George) and fire a warning shot at a rising hip-hop scene that certainly had caught the Black audience’s attention (Dead On It), he made space for the disarmingly gentle When 2 R In Love. A ballad which envisioned a complete merging of minds and bodies as the peak of true intimacy, it was the only Black Album song to appear on the record which usurped it.

After readying the album for release in December 1987, with 500,000 copies all pressed up and housed in plain black sleeves identifiable only by a peach catalogue number printed on their spine, Prince called his label, Warner Bros, and asked them to pull it from the schedule. Telling this author that he’d felt “remorse” over his “I’ll-show-them moment”, Susan Rogers recalled that Prince wanted his next record to be “proactive” rather than “reactive”, so “he yanked it off the loading dock”.

With The Black Album immediately taking on an infamy unique to even Prince’s body of work, its creator put his decision down to an experience in which he’d seen the word “God” floating above him in a field – enough to convince him to record and release the altogether more spiritually minded Lovesexy instead. Camille, he wrote in that album’s tour programme, had been “tricked” by a malevolent spirit called Spooky Electric, and “had allowed the dark side of him 2 create something evil”. Lovesexy, then, charted an epiphany, revelling in “the feeling u get when u fall in love, not with a girl or boy but with the heavens above”.

The promo video for Lovesexy’s lead single, Alphabet St, offered further atonement with the message “Don’t Buy The Black Album. I’m Sorry”. However, seven years after doing his best to ensure fans couldn’t buy the record, Prince finally assented to giving The Black Album an official release while trying to come to an agreement over another boldly-coloured work he did want out there – The Gold Experience – en route to negotiating his way out of his contract with Warner Bros.

“I learned from that album, but I do not want to go back”

Finally released on 21 November 1994 in the UK (and following a day later in the US), The Black Album was received by critics such as St Paul’s Pioneer Press as a record that, had it emerged when originally intended, would have bridged the gap “between the fading new-wave pop of the day and the burgeoning gansta rap of the future”. But while Philadelphia Daily News heard nods to everything from James Brown to “the progressive jazz-rock horn charts of Frank Zappa” in what they hailed as, “One of the hardest, funkiest works Prince has ever cranked out,” Time magazine suggested that fans “probably wouldn’t have known what to make” of the album’s “bitter outlook” back in 1987. Meanwhile, Prince himself had acknowledged that he didn’t want “that angry bitter thing” to define him.

“I suddenly realised that we can die at any moment, and we’d be judged by the last thing we’d left behind,” he told Rolling Stone magazine in 1990. Having deciding that The Black Album was not the statement he wanted to make, he added, “I learned from that album, but I don’t want to go back.”