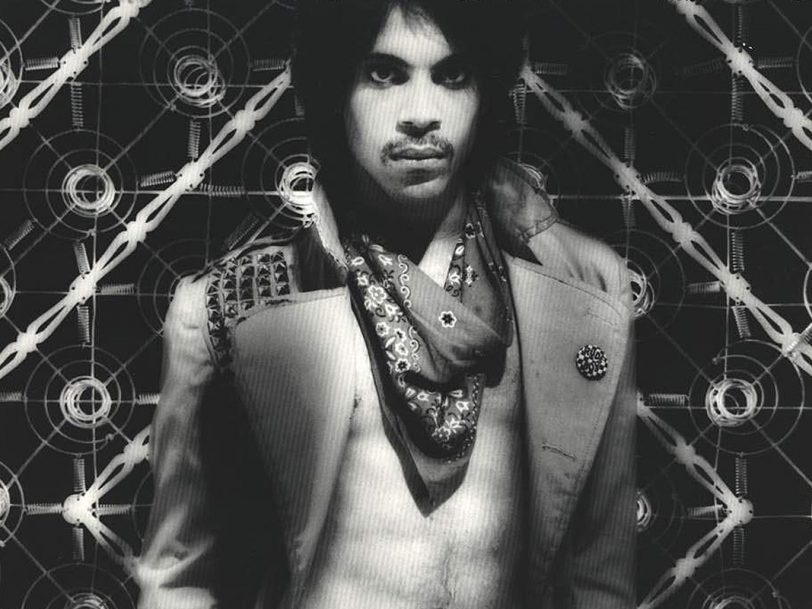 Dirty Mind: How Prince Dreamed Up A Sexual Revolution

With a brazen new look and outrageously forthright songs, ‘Dirty Mind’ marked a tipping point in the evolution of Prince’s artistic vision.

Prince is best remembered for defining the 80s with a string of blockbuster albums, among them Purple Rain, Parade and Sign O’ The Times. However, his first album of the decade, 1980’s Dirty Mind, defined many of the themes he would explore not only on those records but throughout his entire career. Musically adventurous and daring in its lyrical content, the record also saw Prince position himself as a punk-funk provocateur far advanced from the soft-lit R&B pin-up he initially appeared to be.

“I became totally engulfed in it”

Following a short tour in support of his self-titled second album, and an acrimonious support slot with Motown’s own self-styled bad boy, Rick James (during which Prince won over the headliner’s audience each night as if it were a sport), Prince returned to his home studio in Orono, just west of Minneapolis, and churned out a series of new songs across May and June 1980, working feverishly to capture ideas which, as he told Rolling Stone, “really felt like me for once”. Having proven he could score R&B hits with earlier singles such as I Wanna Be Your Lover, he now sought to draw upon a wider range of music, writing material that was as indebted to the choppy rhythms of the white new-wave scene as it was the slick grooves of the Black funk music which had infused his previous records. “Nobody knew what was going on, and I became totally engulfed in it,” he later recalled.

When he emerged from the studio, it was with a brave new sound and a bold new look: nothing but suspenders, women’s black bikini briefs and a studded trench coat, topped off with a bright red neckerchief and a knowingly placed “Rude Boy” badge lifted from the UK’s 2 Tone ska scene. Captured in stark black-and-white on one of the most memorable Prince album covers, as he posed before upturned bedsprings in photographer Allen Beaulieu’s studio, it was, Prince said, the look of “pure sexuality” – a description also befitting the music which made up Dirty Mind’s exhilarating 30-minute running time.

“He found it funny that people would get riled up”

Having signed Prince as a 19-year-old pegged as the next Stevie Wonder, his label, Warner Bros, were just as startled by this turnaround as the radio DJs who later received the record – eye-popping sleeve and all – with the suggestion that they vet its contents before airing any of it. From the opening synth throb of Dirty Mind’s title track, it was clear the gentle seduction of Prince’s first two albums had given way to far more forthright assertions such as “It doesn’t matter where we are/… You just got to let me lay you/Got to let me lay you down.” Still one of the best Prince songs of the era, Dirty Mind’s opening cut was also an unmistakable declaration of intent from an artist evolving at a dizzying pace.

Across the album’s eight tracks, songs such as Do It All Night and When You Were Mine examined those same urges from all angles, with strutting bass and staccato synths forcing the traditionally – and, at that time in the music industry, strictly segregated – Black and white music worlds into bed together. Inspired by John Lennon, When You Were Mine, in particular, was a four-minute new-wave pop-funk gem on which a lovelorn Prince lamented the actions of an unfaithful girlfriend who “didn’t have the decency change the sheets”.

Elsewhere, with the thrashed-out punk of Sister suggesting “incest is everything it’s said to be” and Head telling a tale of oral sex with a bride on her way to marry another man, Dirty Mind was seemingly the result of every unfiltered sexual fantasy given free rein. Speaking to this author for the book Lives Of The Musicians: Prince, former Warner Bros exec Marylou Badeaux recalled, “A couple of people higher up tried to suggest to him that he might want to tone it down a bit,” but Prince “wanted to push buttons… He found it damned funny that people would get all riled up about these things.”

Not that Dirty Mind was a mere litany of sexual come-ons. It’s final song, Partyup, closed the album with an anti-war chant that revealed the first stirrings of a social consciousness which would become more prevalent in the years to come, while the album’s lead single, Uptown, included a manifesto for Prince’s increasingly free-thinking way of life: “We don’t let society tell us how it’s supposed to be/Our clothes, our hair, we don’t care.”

With the lyrics “White, Black, Puerto Rican, everybody just a-freakin’”, Prince was also effectively describing the band he took out on tour with him in support of Dirty Mind. A mixed-race, mixed-gender group in the Sly And The Family Stone mould, his bandmates seemed like a motley assemblage of new-wave outcasts, with newly recruited keyboardist Lisa Coleman often taking to the stage wearing only her bra and jeans, and her keyboard foil, Matt “Dr” Fink, making for a simultaneously compelling and disconcerting presence in green medical scrubs. “We wanted to shock people and get attention,” Coleman told this author, also for Lives Of The Musicians: Prince. “Even if it was bad attention – it didn’t matter… It was just like: everybody be outrageous.”

Released on 8 October 1980, Dirty Mind initially received little attention at all. With Prince struggling to sell out gigs in the US’s more conservative heartland, it seemed as though his landmark evolution would be witnessed by only the most cutting-edge music fans. Following a feature in Rolling Stone, however, cannily titled “Will The Little Girls Understand?”, the press suddenly woke up to what the taste-making music magazine was calling “the most generous album about sex ever made by a man”.

“I was being deliberately me”

With the hype spreading to the West Coast, the Los Angeles Times noted, “There’s more to Dirty Mind than X-rated lyrics,” before highlighting everything from Prince’s production to his songwriting and instrumental and vocal skills on an album they concluded was “exceptional in every area”. With Prince also booking his first European live shows the following summer, the UK’s NME hailed Dirty Mind as the work of an artist who “refuses to play it safe. If he did, he wouldn’t have made this album.”

From doe-eyed hopeful to the world’s next big thing, Prince had ensured his dreams of success were edging ever closer to reality. Characteristically self-assured and in complete control of his vision, however, he seemed to feel this was nothing less than the natural order of things. “I wasn’t being deliberately provocative,” he shrugged. “I was being deliberately me.”