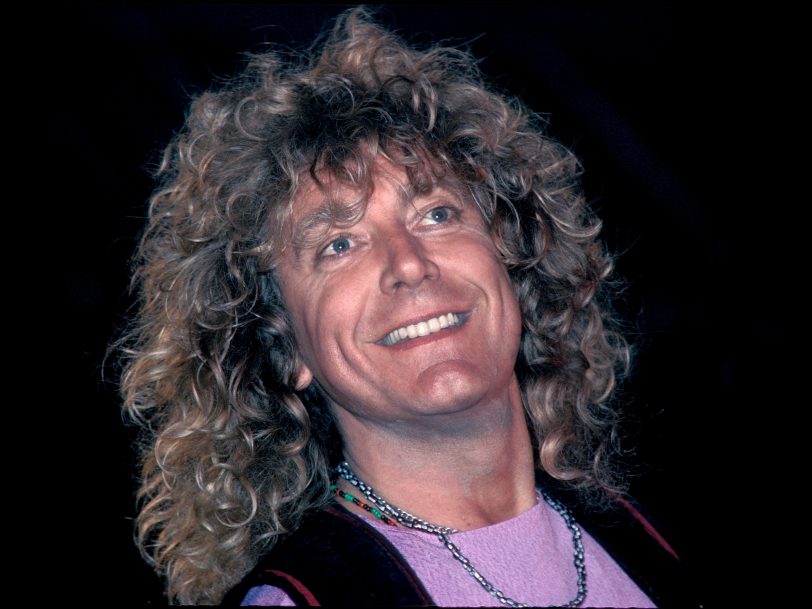 It had been a long time Robert Plant rocked’n’rolled, but ‘Manic Nirvana’ greeted the 90s with a muscular set of vintage anthems.

While Robert Plant successfully established himself as a solo artist during the 80s, he spent much of that decade crafting records which consciously shied away from his celebrated past with Led Zeppelin. However, that all changed in 1990, when the singer issued Manic Nirvana: a muscular set of vintage rock songs which unashamedly reconnected with his hard-rock roots.

In retrospect, the record’s overall sound was influenced by the events of recent years. Manic Nirvana’s predecessor – 1988’s widely acclaimed Now And Zen – included two high-profile collaborations with Jimmy Page, and one of these, Tall Cool One, even featured strategic samples swiped from some of the best Led Zeppelin songs, Whole Lotta Love and Dazed And Confused among them. Plant then presented further evidence that he’d made peace with his past during Now And Zen’s supporting tour – a trek during which he regularly included the Zeppelin staples Misty Mountain Hop and Trampled Under Foot in his set list.

However, while Plant reunited with Page and bassist John Paul Jones for Atlantic Records’ 40th-anniversary concert, he had no intention of participating in a full-scale Led Zeppelin reformation. Instead, he drew upon both past and present to make the thrillingly contemporary Manic Nirvana, which, as the Chicago Tribune observed, “takes Plant and company across a wide spectrum of sounds and emotion, from the acoustic moan of Liars Dance to the hilarious metal crunch of Big Love”.

“Everybody is writing and contributing to the songs. I need these guys!”

The “company” Plant kept was the young, highly talented and explosive band he’d put together for Now And Zen, and whose services he retained for Manic Nirvana. The singer’s charges included guitarist Doug Boyle, keyboardist and co-producer Phil Johnstone, bassist Charlie Jones and drummer Chris Blackwell – and Plant was swift to sing their praises.

“I’m the boss because of my experience, but I’m not a dictatorial egotist,” he told US music writer Greg Kot in May 1990. “Everybody is writing and contributing to the songs. I need these guys!”

“I’m more at home with the whole style of the thing,” he explained in a 1990 MTV interview. “So I’ve revisited some of the areas vocally that I used to live in before, you know, using high screams and stuff like that.

“It’s totally inappropriate to use them just for the hell of it,” he continued. “You can only use the high register and that kind of long wail thing if you’ve got a piece of music that demands it, or asks for it. And these songs are definitely in that area.”

Yet, in the same way that most of Led Zeppelin’s key releases paraded a broad array of styles, Manic Nirvana had designs on more than simply getting its rocks off. It also offered enticing fare ranging from the densely layered, world-music-tinged Watching You to the soaring ballad I Cried and the James Brown-style groove of S S S & Q. Arguably the record’s highest point, though, was a spectacular cover of Kenny Dino’s 1961 US hit, Your Ma Said You Cried In Your Sleep Last Night, which fused the original’s doo-wop strains with slashing guitars and hip-hop beats, and emerged sounding utterly unique.

“I’m still wandering on the edge, just like Led Zeppelin did”

With fans thrilled by its breadth of material, Manic Nirvana made a robust showing on the charts. It arguably benefitted from coinciding with grunge’s steady rise in the US, but the album still won a clutch of positive reviews under its own steam, with Classic Rock astutely suggesting, “If Led Zeppelin had attempted to make a pop-oriented album, it may have sounded like Manic Nirvana.”

Those reviews translated to sales, as the album peaked inside the Top 20 on both sides of the Atlantic and went gold in the US. Yet despite its success, Plant had little desire to make another record in a similar vein. Manic Nirvana had afforded him the opportunity to acknowledge his past in style, but once he’d achieved that, he made a rapid stylistic volte-face and returned with 1993’s Fate Of Nations: a sombre, reflective record featuring Irish folk star Moya Brennan.

“We probably meander a bit too much to ever appeal to mainstream tastes… I’m still wandering on the edge, just like Led Zeppelin did,” Plant told the Chicago Tribune when Manic Nirvana was released.

“My personality, my identity on this planet are linked inextricably with my enthusiasm for what I do, so I’ve got to make it new every time. Commercial success is secondary. It’s much more thrilling to do it this way, and be appreciated by those who get the plot.”