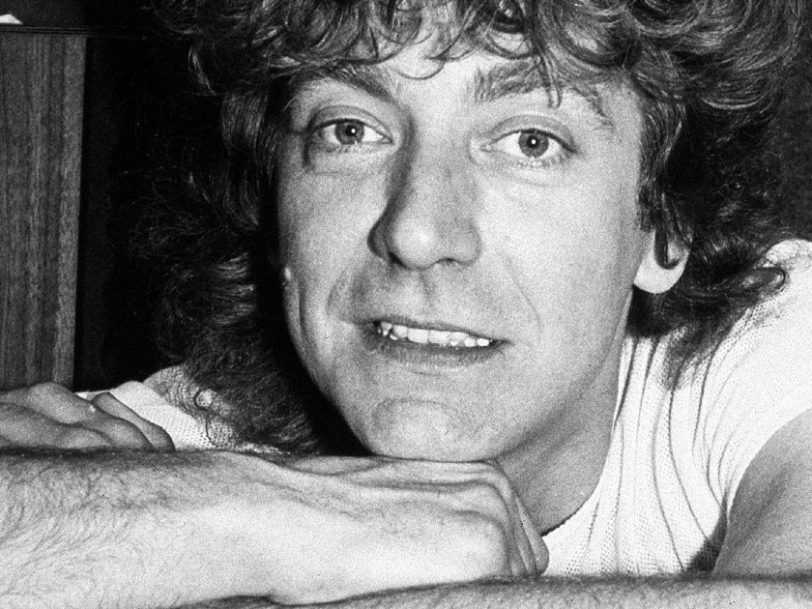 Barely 18 months elapsed between Led Zeppelin announcing their split, in December 1980, and Robert Plant issuing his confident debut solo album, Pictures At Eleven, in the summer of 1982. Yet, while the singer’s transition from iconic frontman to credible solo star appears to be seamless enough, the journey was actually fraught with uncertainty – not least because Plant was labouring under the weight of some significantly heavy history.

Listen to ‘Pictures At Eleven’ here.

Unsure of how to greet his post-Led Zeppelin future, Plant initially moved sideways, forming an ad hoc covers band, The Honeydrippers, primarily for fun and to keep his hand in. However, after playing a series of shows on the UK club circuit, he began to feel the itch to do something new.

“There’s only so many times you can play Gene Vincent songs to 13 people in the Limit Club in Derby,” Plant said in a recent episode of his Digging Deep podcast. “I thought, I really want to know if we can make a big sound that sounds big without it being really, really heavy and tough. So I pulled a band together.”

Plant chose his new collaborators wisely. In fact, the core group who backed him on what became Pictures At Eleven – bassist Paul Martinez, former Black Sabbath keyboard alumnus Jezz Woodroffe and ex-Steve Gibbons Band guitarist Robbie Blunt – remained on board to shape future Plant outings, including The Principle Of Moments and Shaken ’n’ Stirred. However, the man who volunteered to occupy the drum stool gave Plant the impetus he really needed to launch his solo career.

“Phil Collins gave everyone a coating for playing too slow”

“I was helped absolutely and admirably by Phil Collins, who came along and said, ‘John Bonham was probably the most important influence in my life. I’ll sit on that stool for you,” Plant recalled.

Taking the place of the late Led Zeppelin drummer was no small task, but Collins – then on the verge of launching his own humongously successful solo career courtesy of the Face Value album – remained behind the kit for most of Pictures At Eleven and its immediate follow-up, The Principle Of Moments. Recalling the Genesis mainstay’s “enthusiasm, unending energy and lots of humour”, Plant remembers with fondness their time recording at South Wales’ Rockfield Studios.

“We had really great fun,” the singer said on Digging Deep. “Then he came on tour with us. He said, ‘I can do this for a month,’ and that what when [Collins’ first solo hit] In The Air Tonight was just breaking. He gave everyone a coating every night on the bus for playing too slow… He’d stand up on the drum riser, sticks in his hands, ‘Get it right! Come on, let’s go!’”

Collins’ cheerleading was a positive boon, as Plant himself was a little intimidated by the standards he was expected to set in the studio. Indeed, the vocalist was the first to admit that Pictures At Eleven was a learning curve for him as much as everyone else involved, but the album’s highlights still sit comfortably among the best Robert Plant solo songs.

“I didn’t realise just how much patience you need”

“It was the first time ever I’d been away from the crèche of Zeppelin,” Plant admitted. “I really didn’t realise just how much patience and concentration you really need in a studio to get people to perform, to give you something really, really important – because Zeppelin seemed to just roll out in some magical way.”

However, hunkering down with his new charges proved beneficial for Plant, and he emerged with an extremely strong set of songs for Pictures At Eleven. Commencing with the confident, compact rocker Burning Down One Side, the album captured Plant in rich vocal form and contained precious little in terms of filler. Several tracks – most notably the rigorously bluesy Worse Than Detroit and the epic, Kashmir-esque orchestral flourishes of Slow Dancer – carried echoes of the best Led Zeppelin songs but, for the most part, Plant succeeded in his desire to forge ahead and break new ground.

Pledge Pin, for example, pointed the way to the brittle new-wave sound Plant would explore in more detail on The Principle Of Moments, while there were a couple of truly exquisite ballads courtesy of Like I’ve Never Been Gone and the chromatic Moonlight In Samosa, which was further embellished by Robbie Blunt’s delicate, Spanish-flavoured guitar filigree. The raunchy, rockabilly-tinged Mystery Title, meanwhile, made for a suitably in-your-face finale for an impressively lively record which suggested Robert Plant was back in the game – and on his own terms.

“I was trying to pull away as much as I could”

Following Pictures At Eleven’s release, on 28 June 1982, the majority of reviewers agreed that Plant had successfully emerged from the long shadow cast by Led Zeppelin. Typical of the tone was a highly positive four-star Rolling Stone review which marvelled at Plant’s confident vocal delivery (“distinguished by a fullness and fluidity that’s richly satisfying”) before suggesting that the singer’s new band played with a power and cohesion which “sounds like it could kill onstage.”

Plant and company were keen prove that they could do just that on the album’s subsequent tour, during which time Pictures At Eleven also turned in an impressive commercial yield, peaking at No.2 in the UK and No.5 on North America’s Billboard 200, and going platinum in the bargain. All in all, it made for an enviable result for a record made by an artist seeking to establish a new identity, and who freely admitted he had to “bluff my way through it after all that success in Zeppelin”.

“I took a million pains to try and create my own individual sound,” Plant told Classic Rock. “Halfway through the thing I stopped and asked Benji the engineer, a guy who was with us for years with Zeppelin, the PA man… ‘Is it close [to Zeppelin]? Because if it’s close we stop!’ And he said: ‘Oh no, the mood’s totally different.’

“I was just trying to pull away as much as I could,” Plant added. “But then again, you can only pull away so far. So I guess I wanted to leave Zeppelin the way it was and… just pull those reins a little to the right.”