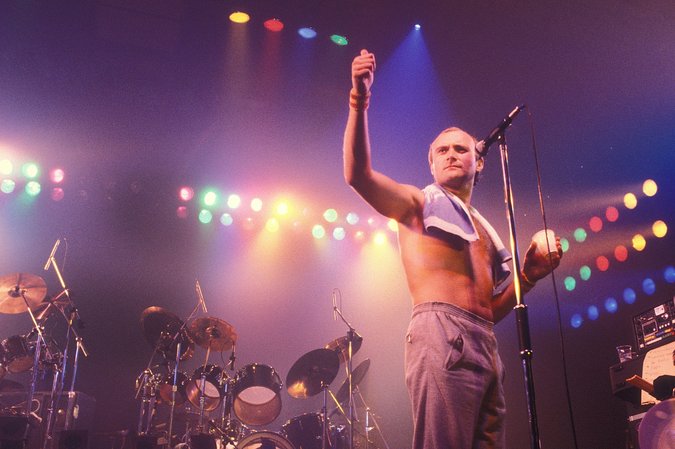 Face Value: Why Phil Collins’ Private Tragedy Still Speaks To Us All

Phil Collins’ personal life is practically public domain material. With such albums as Face Value and Both Sides, and hits the likes of Against All Odds and In The Air Tonight, he has laid his soul bare in order to become one of the most successful artists of his generation. It was however, that debut album, Face Value, which defined the 80s and revealed that, despite being intensely personal, the best Phil Collins songs would have the power to resonate with fans around the world.

“Battered by the breakdown in my marriage”

Released on 13 February 1981, Face Value was the result of two major life events for Collins: the demise of his first marriage, with childhood sweetheart Andrea Bertorelli, and a long-overdue hiatus from touring with his band Genesis. In April 1979, after a failed attempt to salvage things with Bertorelli, Collins returned to his empty country home, Old Croft, in Shalford, Surrey, where he reconfigured the marital suite into a home studio set-up.

Collins ditched the drum kit to make room for his great aunt’s vintage 1820 piano, and brought in the brand-new Roland CR-78 drum machine. In addition to these key pieces of gear, Collins also began playing with a Fender Rhodes piano and the iconic Prophet-5 synth, whose sound would define In the Air Tonight. For a handful of months, he started working through his feelings, committing them to eight-track reels.

The sessions proved productive as Collins laid down the basic demos for everything that would appear on Face Value, plus a few more songs – among them Against All Odds – which he reserved for later solo projects. As he wrote in his 2016 autobiography, Not Dead Yet, “If I see the desk meters moving, and I can hear something play back, I’m happy. It means I’ve actually managed to record something. At this stage it doesn’t really matter what.” But he was forced to put the work to one side through the end of 1979 and into the new year, in order to record and support the release of Genesis’ tenth studio album, Duke. Finally returning to the demos in the summer of 1980, Collins had a chance to take stock of what he’d recorded.

“We tried not to put too many instruments on”

Uncertain of his songwriting abilities, Collins played the songs for two of his closest friends, Genesis manager Tony Smith and Atlantic Records head Ahmet Ertegun. Their enthusiastic response gave Collins the confidence to take the project to the next level. Booking time at Townhouse Studios, in London, he arranged for Hugh Padgham, fresh from Peter Gabriel’s latest solo project, “Melt”, to engineer.

Converting the demos to the studio’s state-of-the-art 16-track reel-to-reel preserved the songs’ energy and intimacy, and Collins and Padgham focused on building them out piece by piece. “Both Phil and I had this feeling of loving to listen to music that had space in it,” Padgham later recalled. “We tried very hard not to put too many instruments on the record.”

Collins had already drafted some of his musical heroes in to support. During a particularly boozy night at Old Croft, neighbourhood friend Eric Clapton recorded the slide and blues guitar accents on The Roof Is Leaking, while Alphonso Johnson, of jazz-fusion pioneers Weather Report, contributed bass to five tracks, bringing a distinctive groove to Behind The Lines and Hand In Hand, and helping to define I Missed Again (which also featured British jazz legend Ronnie Scott on tenor saxophone) with his call-and-response bassline.

Behind The Lines had already appeared on Genesis’ Duke album but, for Face Value, Collins reimagined it with punchy horns provided by Earth, Wind And Fire’s Phenix Horns. Having never learned to write music, however, he had to rely on his percussion background in order to articulate his vision to arranger Tom Washington. “He had notated certain things with dots and dashes. Looked sorta like morse code to me,” Washington later said, adding, “What was so interesting about it, he was able to sing phonetically what he meant by the dots and dashes.”

“I’m not blind by one final irony”

Both musically and emotionally dynamic, Face Value carries the listener through Phil Collins’ changing states of mind, with The Roof Is Leaking opening a three-song medley that provides relief and hope from some of the album’s darker passages. A banjo part, courtesy of guitarist Daryl Stuermer, lifts the spirit of the song through the metaphorical seasonal shift and its minor-major key change. After giving way to a short instrumental piece, Droned, the medley culminates with a distinct sense of hope in Hand In Hand.

Then and now, however, Face Value’s standout track remains In The Air Tonight, the monstrously successful lead single that, with its simple sequenced Roland CR-78 drum machine, three-chord synth progression and dark monologue, propelled Phil Collins to solo superstardom – with a little help from an infamous Top Of The Pops appearance (propping a paint can next to his synth was taken as a nod to his wife’s affair with the handyman) and a series of urban legends that grew around the lines “Well, if you told me you were drowning/I would not lend a hand”, as if Collins were recalling a real-life drowning event.

What is fact is that the gated reverb that makes the famous drum fill leap out of the speakers immediately shaped the future of 80s pop. In 2017, Vox dedicated an episode of its show Earworm to celebrating the lasting influence of that iconic sound.

“I’m not blind to one final irony,” Collins later admitted. “Had I not been battered by the breakdown in my marriage, my debut collection of solo compositions would have taken on a very different hue.” Across 12 tracks and 48 minutes, Face Value offers a sonic representation of heartbreak and recovery. Each song serves as a different stage – grief, anger, acceptance. One moment might give a sense of hope (Hand In Hand), before being tempered with a beautifully broken-down confession (You Know What I Mean). It’s these dynamics that make the album feel balanced, that make it live and breathe, and make it all the more real. It’s why people are able to connect with Face Value on such a personal level – and it’s why we’re still talking about it today.

Check out our best Phil Collins songs to find out which Face Value tracks made the cut.