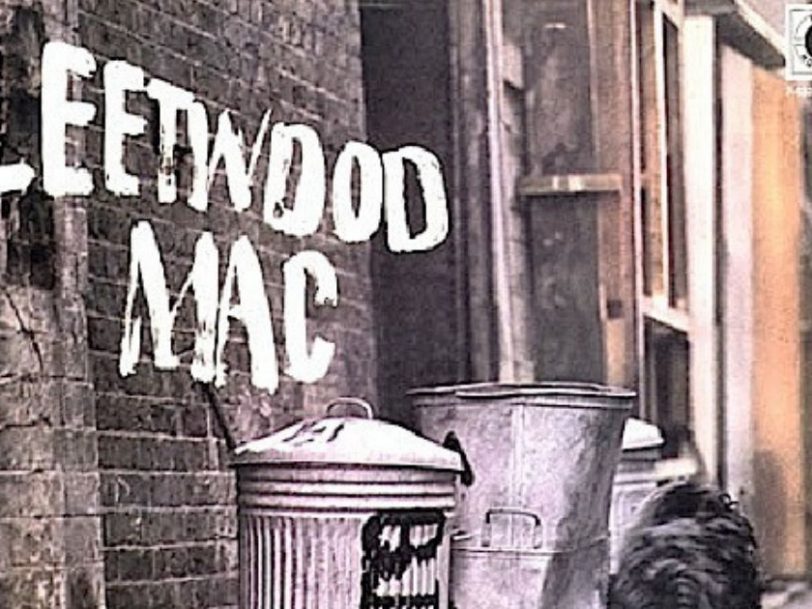 Released in 1968, Fleetwood Mac’s self-titled debut album set the group up to become one of the most successful bands of the 20th century.

Fleetwood Mac, the band that went on to record sensational albums in the 70s and 80s such as Rumours, Tusk and Tango In The Night, released their self-titled debut album on 24 February 1968. This 12-song record, a collection of earthy blues covers and five interesting original compositions from the band’s co-founder Peter Green, was a stunning success in the UK, taking British blues into upper echelons of the charts.

One of the most successful British bands of the 20th century

Though Fleetwood Mac’s debut album failed to make a dent in the US, the album reached No.4 in the UK, selling more than a million copies and remaining in the albums chart for 37 weeks. It was later reissued under the title Peter Green’s Fleetwood Mac and is the only Fleetwood Mac album to have had no involvement from keyboard player and singer Christine McVie, who joined the group for their second album in 1968, Mr Wonderful.

The roots of Fleetwood Mac resided in John Mayall’s Bluesbreakers, the blues band in which Green replaced Eric Clapton, and which also featured John McVie on bass and Mick Fleetwood on drums. With characteristic modesty, Green named his new band after the two rhythm players. When the group formed, in 1967, McVie was still under contract to Mayall, and it took a few weeks for him to gain a release to play on Fleetwood Mac’s debut album, which was recorded from April to November 1967 at CBS Studios and Decca Studios in London. The acclaimed Mike Vernon produced the record.

Before McVie joined the sessions, Green brought in substitute bass player Bob Brunning, who played on just one song, an upbeat track called Long Grey Mare, written by Green and on which the guitarist took lead vocals. Green was one of the finest guitarists of the era: playing his iconic 1959 Gibson Les Paul Standard – an instrument he called “Greenie”, and which was bought by Metallica’s Kirk Hammett in 2014 for an undisclosed sum – Green delivered some superb licks on the album. His playing was described by BB King as “incredibly sweet”, something shown in dazzling style on the Green composition I Love Another Woman. Green also excels on another of his own songs, Merry Go Round.

Green was also a formidable harmonica player. The London-born musician was inspired by the playing of Chicago-based Big Walter Horton, and he showed off his mouth organ skills on his own songs Looking for Somebody and Long Grey Mare.

An energy and emotion that remains impressive

Another key musician on Fleetwood Mac’s debut album was slide guitarist Jeremy Spencer, who was born in Hartlepool in the North East of England. Spencer was hugely influenced by blues musician Elmore James and, when Green auditioned him for the band, Spencer recalled that “Pete said that I was the first guitarist that made him smile since Jimi Hendrix”. The album included a potent version of James’ classic Shake Your Money Maker, along with Spencer’s own songs My Heart Beat Like A Hammer (on which he took lead vocals), Cold Black Night and My Baby’s Good to Me. Spencer, who was known for his erratic behaviour onstage, remained with the band until February 1971, when he left to join a religious group called The Children Of God.

Spencer, Green, Fleetwood and McVie were all steeped in the blues, and Fleetwood Mac’s debut album included enthusiastic cover versions of Howlin’ Wolf’s No Place to Go, Robert Johnson’s Hellhound On My Trail and Homesick James Williamson’s Got To Move.

Under Green’s steady hand, the group developed into one of the most successful British bands of the 20th century. Though latter line-ups were very different to the 1968 incarnation that recorded their debut album – with post-Green triumphs in the Lindsey Buckingham and Stevie Nicks era – Green’s original band started out playing authentic blues with an energy and emotion that remains impressive.