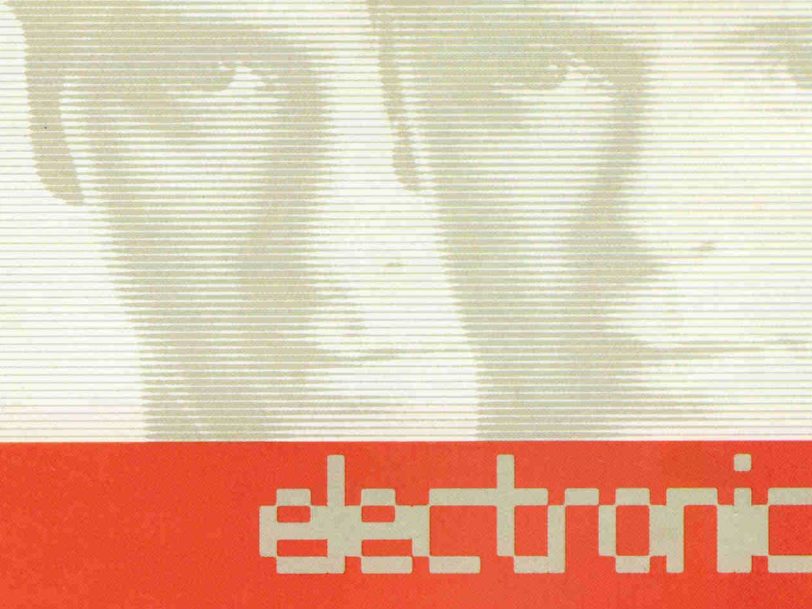 It’s often said that opposites attract, so on that basis, you might imagine Electronic’s Johnny Marr and Bernard Sumner had little in common when they came together to record their self-titled debut album. Marr was, of course, the melodic guitar maestro behind the success of indie-pop icons The Smiths, while Sumner’s band, New Order, developed their distinctive sound primarily through embracing synthesisers and the machine-based technology of the day.

“I’d had enough of being in groups”

Superficially, aside from the high profiles they commanded with the two most important bands of the 80s, Marr and Sumner appeared to be chalk and cheese. Yet, if you delve a little deeper into their union, you discover their mutual love of the dancefloor.

The pair first met when Marr contributed guitar to two tracks Sumner was producing for future M-People star Mike Pickering’s initial band, Quando Quango, in 1983, and while Sumner was turned on to dance music when New Order visited New York super-clubs such as Paradise Garage during the early 80s, Marr had also DJed at pre-Haçienda Manchester nightspots such as Berlin and The Exit, spinning sets stuffed with James Brown, Chic and rare-groove cuts.

Accordingly, Marr and Sumner’s mutual appreciation was established long before they officially joined forced forces as Electronic in 1988: a time when both men had achieved mainstream success but felt burnt out from the process With New Order, Sumner was surfing the zeitgeist with the brilliant Technique, but he needed a break from touring. Marr, on the other hand, had established a post-Smiths career as a guitar-slinger for hire, playing with artists including Billy Bragg, Kirsty MacColl, Pretenders and Matt Johnson’s The The, but he didn’t feel artistically fulfilled.

“With Electronic, I set out to prove something”

“Playing guitar as a session musician was all I wanted from life at the time,” Marr later reflected in a Melody Maker interview. “I’d had enough of being in groups – I didn’t want the responsibility. With Electronic, I set out to prove something to myself: that I needn’t be so disillusioned making and putting out my own records.”

Initially, though, Electronic’s progress was sporadic. New Order went on hiatus after touring Technique in 1989, but they regrouped to score a UK No.1 in conjunction with the English national football team, 1990’s World In Motion. During this same period, Marr also had obligations to fulfil with The The. In addition, the pair needed to get used to each other’s way of working.

“Strange as it might sound, it was probably a good four to six months before we felt truly comfortable in each other’s presence,” Sumner wrote in his memoir, Chapter And Verse. “We were probably a little bit in awe of each other at first. But once we’d broken through that barrier, the work became fun. We had a call from [Pet Shop Boys mainstay] Neil Tennant to say he’d heard what we were doing and would love to be involved, so we invited him up.”

Featuring vocals from Sumner and Tennant, in addition to a lush string arrangement from The Art Of Noise’s Anne Dudley, Electronic’s debut single, Getting Away With It, was a classy and memorable introduction to their oeuvre. Released in December 1989, it reached No.12 in the UK and sold over 350,000 copies, launching Sumner and Marr’s project in style.

However, while Getting Away With It promised much, Electronic’s debut album was still some way from completion. Indeed, when the duo made their famously inebriated (yet widely acclaimed) live debut, opening for Depeche Mode in front of 60,000 people at Los Angeles’ Dodger Stadium in the spring of 1990, they were still working on the studio versions of several songs they’d just aired in public for the first time.

“The main concept was independence”

Explaining Electronic’s modus operandi to Sound On Sound, Sumner said, “The main concept behind the album was independence – a sense of freedom away from groups, sessions and preconceived notions. The record wasn’t actually demoed – we kept everything on computer as long as possible to enable arrangements and keys to be altered when the vocals were written. On parts that were performed live, there was no rehearsal. Once the words were written, they were recorded immediately to tape.”

First issued by Factory Records on 27 May 1991 – a full 18 months after Getting Away With It – Electronic’s debut album proved to be more than worth the wait. A sleek, modern pop record, it subtly fused Marr’s fluid guitar playing with Sumner’s programming skills and love of synths. Its primary currency was blissful pop songs such as Some Distant Memory, the life-affirming, Technique-esque Try All You Want and the wonderfully catty The Patience Of A Saint, with the latter featuring a second contribution from Neil Tennant.

Elsewhere, though, Marr’s guitar significantly lifted Feel Every Beat and the heavier, Happy Mondays-style groove of Idiot Country. Getting Away It With was also reprised, though it was the irresistibly slinky Get The Message which provided the band with their second major UK hit, peaking at No.8 just as its parent album was about to hit the shops.

“A pure distillation of Marr and Sumner’s talents”

Taken as a whole, Electronic’s debut album was an eminently satisfying listen, and the critics had little doubt of its quality. Taken by its “swirling magnificence”, Melody Maker gushed that it was “one of the greatest albums ever made”, while Vox concluded that Electronic represented “a 100 per cent pure distillation of Marr and Sumner’s respective talents… it breaks no new ground, but simply achieves perfection.”

Spurred on by the buzz surrounding it, the album performed strongly in the charts on both sides of the Atlantic. Going gold as it reached No.2 in the UK, it also moved significant numbers in the US and eventually sold well over a million copies worldwide. However, while such success delighted both of the record’s primary architects, it also took them aback.

“It might sound naïve,” Marr told i-D Magazine, “But the initial idea was to shell out a couple of thousand white labels. That was it. But I think things changed when I realised Electronic was good. We impressed ourselves much more than we expected. I was really surprised at the way it took off. We weren’t intending on having a really high profile – but I suppose it was a bit daft to think we could sneak an album out the back door, as it were!”

Check out the best Johnny Marr guitar parts, for more of the guitarist’s post-Smiths highlights.