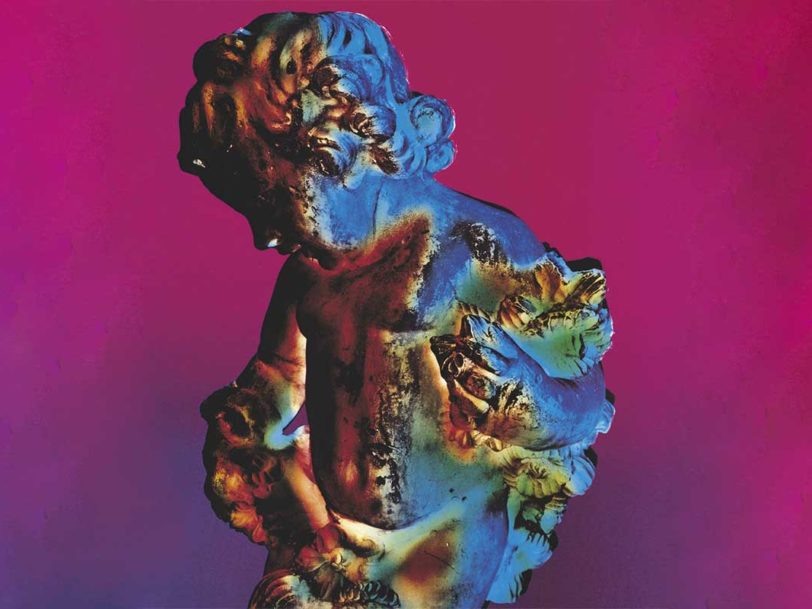 Capturing the Madchester zeitgeist, New Order’s ‘Technique’ album was hailed as ‘a rare and ravishing triumph’

Arguably their creative peak, New Order’s fifth album, Technique, still takes some beating. A nigh-on perfect amalgamation of angular post-punk songs and electro-pop anthems, it was – and remains – a sublime, dancefloor-friendly record with a broad appeal which rewarded the Manchester legends with their first UK No.1 album.

“It was an epic struggle between the synths and me”

Technique was partially recorded in Ibiza, yet while its opening track (and lead single), Fine Time, reflected the sounds of late-80s Balearic discos, it’s a bit simplistic to refer to the album as New Order’s “acid house” record. Indeed, when it came to Technique’s overall sound, the individual band members all felt it benefitted from a compromise or two.

“I saw it as an epic struggle between the sequencers and me – I was resisting it valiantly, because I still wanted us to be a rock band,” Peter Hook jokingly observed in the sleevenotes for the album’s 2008 reissue, while Bernard Sumner recalled, “We were in this position of being known for this dance-electronic sound and it would have been daft to have stopped doing it… the way I saw it was we were still writing band music as well, so we’d reached a compromise.”

Technique’s initial sessions took place at the (then relatively run-down) Mediterranean Studios on Ibiza during May and June 1988. It’s been well documented that New Order generously sampled the best of the sun, the sea and the island’s 24-hour nightlife, with Factory Records’ co-founder Tony Wilson once describing it as “the most expensive holiday” the band ever had. However, in his memoir, Fast Forward, Stephen Morris recalls a rather more productive time.

“The general impression seems to be that we didn’t get that much done in Ibiza,” he wrote. “Maybe that’s true, but what we did get done had something intangibly good about it and there’s a space and mood to Technique that isn’t there on [New Order’s previous album] Brotherhood. I got plenty of drumming and programming done, despite the gravity-defying geckos that scurried across the ceiling in the live room.”

Much of the heavy lifting, however, took place during Technique’s later sessions, when New Order returned to the UK and decamped at Peter Gabriel’s state-of-the-art Real World studio – a residential complex everyone found conducive to creating great music.

“What we brought from Ibiza was basic backing tracks on which vocals, melodies and basslines were overdubbed,” engineer Mike Johnson later recalled for Sound On Sound. “Peter’s studio is on the top floor of an old mill in a curious place called Box, in Wiltshire, about five miles from Bath. There was as SSL 48-track desk and the band used a lot of electronics and computers. We spent seven weeks there and it was like heaven. For me, it was the best place I’ve ever worked in.”

Technique received some additional polish from US-based master mixer Alan Meyerson (OMD, Bryan Ferry), but on its own terms it was New Order’s strongest and most consistent collection to date. The sleek synth-pop of Round And Round and the blissful, guitar-based Run followed Fine Time into the charts, though virtually all the songs could have been singles: the melancholic Love Less, the propulsive All The Way and the glorious Dream Attack rank among New Order’s best organic rock songs, while Vanishing Point and the sleek Mr Disco displayed all the hallmarks of future dancefloor-filling, club-friendly favourites.

“A rare and ravishing triumph”

First released on 30 January 1989, Technique was greeted warmly by the critics, with UK weekly Melody Maker proclaiming it “a rare and ravishing triumph”, and heavyweight US publication Rolling Stone suggesting the record “delivers a solid blast of sonic presence with immaculate playing”.

Significantly, Technique’s heady blend of emotive guitar rock and acid-house-flavoured pop also chimed with the zeitgeist in 1989: a game-changing year for music, during which the Madchester explosion made superstars of The Stone Roses and Happy Mondays, and landmark dance remixes such as Andrew Weatherall’s radical reshaping of Primal Scream’s Loaded changed the face of indie-pop forever. Technique’s Top 40 success on the Billboard 200 also significantly raised New Order’s profile on a global level, and the band continue to view the album as the one of their key releases.

“Technique didn’t contain any mega hit singles, but it’s got a unifying atmosphere,” Stephen Morris reflected. “It’s got something that’s hard to define, but let’s call it a ‘vibe’ – it sounds like a great album should!”

Sounding like all great band should, check out our best New Order songs