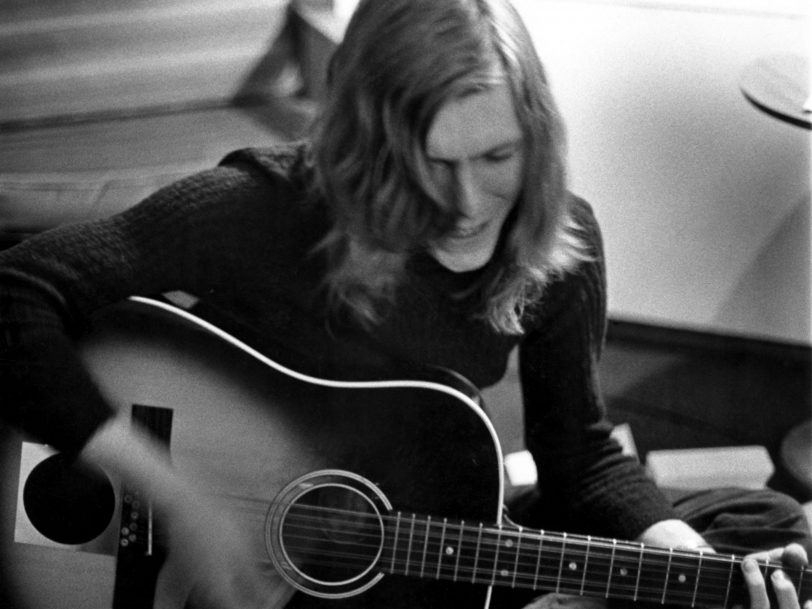 Changes: How David Bowie Found His Creative Manifesto In A Song

Though not a hit single, ‘Hunky Dory’’s opening track is now regarded as one of Bowie’s most pivotal songs.

Changes is a song which occupies a special place in the hearts of most David Bowie fans. It was never a hit single and, unlike Starman, “Heroes” or Let’s Dance, it didn’t chime with the zeitgeist. Yet it is widely regarded as one of Bowie’s most talismanic works, with many critics and biographers viewing it as a mini-manifesto – a celebration of Bowie’s ability to “turn and face the strange” as he constantly reinvented himself throughout his 50-year career.

“I had a whole new perception of songwriting”

Even in the stylistic sense, Changes was – and remains – wonderfully elusive. Its chorus is instantly recognisable due to Bowie’s stuttering delivery of the title (“Ch-ch-ch-ch-changes”), but as an entity it keeps the listener guessing, for it’s neither a ballad nor an anthem in the strictest sense. Sonically, Changes ripped up the rulebook, offering an adventurous fusion of cocktail jazz, boogie-woogie and heavenly, Beatlesque pop – but then it was born during an especially intense period of creativity, during which Bowie penned the bulk of the songs for his first bona fide classic album, 1971’s Hunky Dory.

“In the early 70s, it really started to all come together for me as to what it was that I liked doing,” Bowie told journalist Bill DeMain in 2003. “After I came back from my first trip to America, I had a whole new perception of songwriting, and it was about a collision of musical styles. I found that I couldn’t easily adopt brand loyalty, or genre loyalty; I wasn’t an R&B artist, I wasn’t a folk artist, and I didn’t see the point any more in trying to be that purist about it.”

This new freedom led Bowie to write a string of highly ambitious songs, including Changes and another Hunky Dory masterpiece, Life On Mars? However, his new musical accomplice – the ancient grand piano at his home, Haddon Hall, in Beckenham, in the south of London – also played a significant role in his artistic development.

“Writing on the piano opened up his possibilities”

“He loved that piano,” Bowie’s first wife, Angie, recalled in 2011. “David is a fantastic musician, because his approach is not studied, it’s by ear. He has an ability to pluck a song from those first moments when he plays with an instrument. Writing on the piano opened up his possibilities, because of its association with so many kinds of music – classical, cabaret, every style.”

Crucially, Bowie’s ability to defer to musicians whom he felt could sprinkle that extra bit of stardust onto his music also meant that songs such as Changes and Life On Mars? were perfectly captured during the Hunky Dory sessions, which took place at London’s Trident Studios during the summer of 1971. Ace session musician and future progressive rock legend Rick Wakeman, who played the elegant piano parts on both Changes and Life On Mars?, was already convinced they were classic songs.

“David knew exactly what he wanted to do,” Wakeman told Classic Rock in 2011. “He knew how the music needed to be and he would pick musicians that he felt could achieve what it was he was after.” After visiting Bowie at home and being given an intimate performance of the Hunky Dory material, Wakeman knew “every single one was a winner”.

“Also, recording was so much fun, because he gave me total freedom to play what I liked,” the pianist added. “The vamping bit in Changes was his idea because that’s how he wrote the song, so that’s how it stayed.”

An equally impressed Woody Woodmansey also recalled that David was “so far ahead of what was happening” in music at that time. “There was a big shift in the quality of his songwriting,” the drummer said. “At one point I asked myself if I believed in this or not, and the answer was ‘Yes’. In the band, we were only on £7 a week at that time – but it was worth it.”

“Changes embedded itself deep in the pop culture psyche”

Sequenced as Hunky Dory’s opening track, Changes was also chosen as the album’s lead single. It was released on 7 January 1972, but – with Bowie’s breakthrough hit, Starman, still some months away – it failed to chart in the UK. Yet, like its parent album, the song proved to be a sleeper which would later enjoy success on its own terms.

Changes remained a regular in Bowie’s live set throughout his career (fittingly, it was the last song he performed at his final concert, a three-song charity fundraiser at New York City’s Hammerstein Ballroom, on 9 November 2006), and it reached younger generations of fans in films such as John Hughes’ The Breakfast Club and through choice covers, among them Brazilian musician Seu Jorge’s striking Latin reinterpretation in Wes Anderson’s movie The Life Aquatic. Indeed, half a century after its initial release, the song’s popularity shows no signs of slowing down.

Noting that “the pleasures of Hunky Dory were belatedly discovered” following the success of The Rise And Fall Of Ziggy Stardust And The Spiders From Mars, Nicholas Pegg, writing in The Complete David Bowie, added that “Changes rapidly became a turntable fixture, embedding itself deep in the pop culture psyche”. Now recognised as one of Bowie’s clearest statements of intent, the song remains, Pegg rightly asserts, “one of his pivotal recordings”.