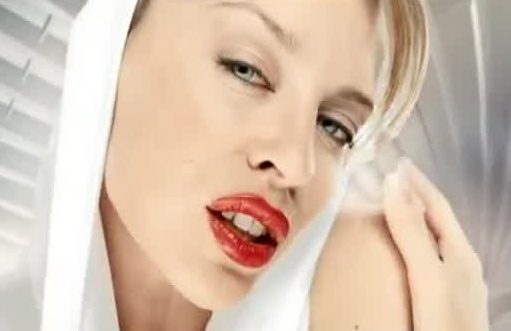 It was likely that, on the eve of Kylie Minogue’s campaign to make her Fever album a smash-hit to match the career revival that Light Years proved to be, thoughts were focused on the upcoming threat of various Spice Girls solo projects rather than the challenge of containing a single so successful it seemed, at times, unstoppable. In the event, however, Can’t Get You Out Of My Head was just that: a song which not only asserted Kylie’s dominance of the pop market in the early 2000s, but which almost overwhelms her whole career.

Kylie’s era of reliable international hitmaking took a turn in the 90s, as the singer left the PWL stable to explore more alternative-music styles on the Deconstruction label. The US, in particular, had loved 1988’s The Loco-Motion but failed to take much notice thereafter, and though the star’s ever-loyal UK and Australian fanbases stuck with her, it wasn’t until the triumphant confidence of 2000’s Light Years album took hold, and Spinning Around hit No.1 in both countries, that global success began to seem a reality again.

Perhaps the sceptics should have been paying attention to fans’ reaction to a new song revealed during spring 2001’s On A Night Like This tour. Can’t Get You Out Of My Head was the only new track Kylie performed on the dates, but the buzz was immediate. The future million-seller had been recorded just weeks before the tour opened in Glasgow, Scotland, and was written by two hitmakers from different generations.

Rob Davis had been a member of 70s glam-pop act Mud, best known for Tiger Feet and the UK Christmas No.1 Lonely This Christmas, while Cathy Dennis had enjoyed a string of international hits with Too Many Walls and Touch Me (All Night Long) in the early 90s. Both had abandoned their moment in the spotlight in favour of writing, and had individually built formidable reputations. The habit of pairing writers together to create ruthless hit machines was becoming more common in the new millennium, and successes such as Can’t Get You Out Of My Head are part of the reason why.

The demo of the track was passed to Sophie Ellis-Bextor, who, amazingly, declined the offer to take it on. Kylie, however, immediately spotted its potential. “I fell in love with it the first time I heard it,” she later told The Sun newspaper. “Like Cinderella’s slipper, it was the perfect fit.”

With Kylie on board, the songwriters bathed her studio vocal in a stylised synth-pop veneer, bridging an edgier sensibility to the track’s hook-heavy appeal that radio and music TV lapped up. In fact, much of the success of the single, which was first released in Australia on 8 September, can also be attributed to the clever visual presentation in the accompanying promo video, with Kylie dressed in that famous white jumpsuit and framed by a troupe of robotic dancers. To call the image every bit as iconic as Kylie’s hotpants in Spinning Around is no exaggeration, and the impact of director Dawn Shadforth’s clip would define much of the Fever album’s styling.

“The whole comeback thing has been totally crazy”

Spice Girl Victoria Beckham threatened to derail the momentum when it transpired that her first true solo single, Not Such An Innocent Girl, was scheduled for release on 17 September, the same day as Can’t Get You Out Of My Head in the UK. But, in the end, there was no competition. Beckham sold 35,000 copies to reach No.6, while Kylie shifted more than 300,000 to hit No.1. The Australian star then did something even more extraordinary in an era of frenetic turnover at the top of the British singles chart: Can’t Get You Out Of My Head stayed there for three further weeks and then – ever so slowly and reluctantly – started to slip away after selling more than a million copies in the UK alone. It was a sales phenomenon that followed a similar trajectory across the globe – in her homeland, of course, but also in territories that had ignored the singer’s recent return to all-out pop.

Across the Atlantic, the song started to catch light and cruised its way into the Billboard Top 10 and, perhaps less surprisingly, topped the dance charts. Kylie was a global draw once more. Alongside the commercial success there came critical acclaim, with four nods at the following year’s Ivor Novellos and a win at the ARIAs, in Australia. When she performed the song in a mash-up with New Order’s Blue Monday at the BRITs (later released as the Love At First Sight B-side Can’t Get Blue Monday Out Of My Head), its status among the best Kylie Minogue songs was secured.

Such success would take its toll. “The whole comeback thing has been totally crazy,” said Kylie. “I am totally shattered… It finally caught up with me. I had to take a week off and spend it in bed.” With the Fever album released in October 2001, however, there was little time to rest.

Perhaps like previous hits that have defined her, there’s a knowing narrative thread. In 1988, many thought the Neighbours star was genuinely lucky to land a recording career. By 2001, the overdue affection and respect had started to build, and Kylie’s pop career clearly had a long time to run. Quite literally, we couldn’t get her out of our heads…