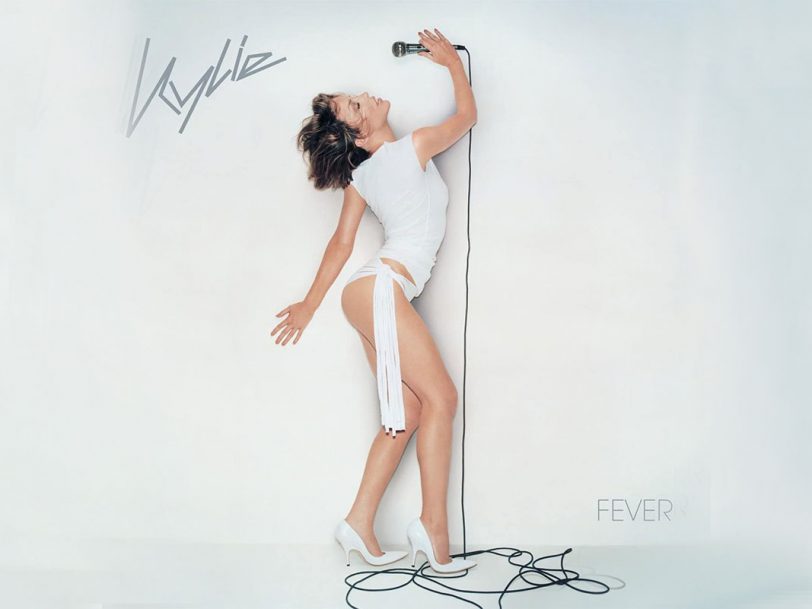 If 2000’s Light Years album had been a triumphant attempt to recapture her chart crown, Kylie Minogue’s follow-up, Fever, is a bolder collection that consolidated her success. Buoyed by her comeback, Kylie ramped up the electronica, bathing the album’s 12 songs in an edgier, club-friendly coating that made her the darling of the dance charts. In her Stock Aitken Waterman-steered first wave of success, DJs largely ignored her material outside of the ever-loyal gay clubs and school discos. However, with Fever – and, of course, one monster hit – she seized on a sound that had a universal appeal.

Electro-pop with an organic heart

Issued as a single in September 2001, Can’t Get You Out Of My Head launched the album in spectacular style. The Cathy Dennis and Rob Davis composition roared up the charts, selling more than 300,000 copies in a single week in the UK, topping the Australian listings and even returning Kylie to the US Top 10 after a gap of 13 years. It’s still the best-selling song of her long career and, arguably, her signature track.

Can’t Get You Out Of My Head’s contemporary robotic production also showcased the formula for Fever, which followed on 1 October. More More More (no relation to Andrea True Connection’s 1976 hit) is a lush disco statement that opens the album, and the song’s comfortable, light funk underlay weaves its way through the entire record. This is electro-pop with an organic heart – in some ways replicating the DNA of Kylie’s own appeal: a chameleon pop act with a warm, engaging personality that the public has always responded to.

Two belting singles follow: that mega-hit and Fever’s other great triumph, Love At First Sight, which, though released as the album’s third single, actually performed better than its predecessor, In Your Eyes. One of the best Kylie Minogue songs of all time, this Richard “Biff” Stannard number has become a modern pop standard, displaying all the hook-heavy charm of the hits he produced for other acts such as Spice Girls.

A formula that hit boiling point

Elsewhere, Fever’s title track is a breezy pop number while Give It To Me marks the return of Sex Kylie, who first emerged at the start of the 90s. Here, however, she assumes the role as a more mature woman who knows what she wants. In Your Eyes offers further echoes of this approach, and its slinky Moloko-like production proved an effective radio smash, doing the business once again in Kylie’s traditional markets.

Again composed and produced by Rob Davis, Fragile is an outstanding midtempo stunner that shimmers with more of that breathless sex appeal. The following song, Come Into My World, was a glossy late addition to the album but, released as Fever’s final single, was strong enough to open the summer 2002 KylieFever tour, carried out in the final stages of the album’s promotional campaign.

Away from the singles, some of Fever’s tracks are simply infectious grooves: Dancefloor, Love Affair and Burning Up certainly put the feet through their paces, while Your Love is a pop cut that’s close to Kylie’s PWL material. It’s true that the former Neighbours star had, by now, largely made peace with the legacy of her past, but it’s telling that she closed the standard issue of Fever with something as relatively edgy as Burning Up. Though not a cover of the earlier Madonna single of the same name, the song’s frenetic dance-pop owes something to the “Queen Of Pop”’s then-recent Music album, but by not pushing things too far, it is also testament to Kylie’s careful curation of the boundaries of her market’s sensitivities.

With Fever, the formula that made Kylie such an enduring star hit boiling point: just enough sex appeal, a shimmering cocktail of pop and dance, great visuals, contemporary production and that megawatt personality. With everyone stunned by the terrible events of 9/11 and the global consequences it created, Kylie’s dance-pop came at the right time to offer light, medicinal relief for a planet in need of some of that musical prescription.

Check out our best Kylie Minogue songs to find out which ‘Fever’ cuts still set our pulses racing.