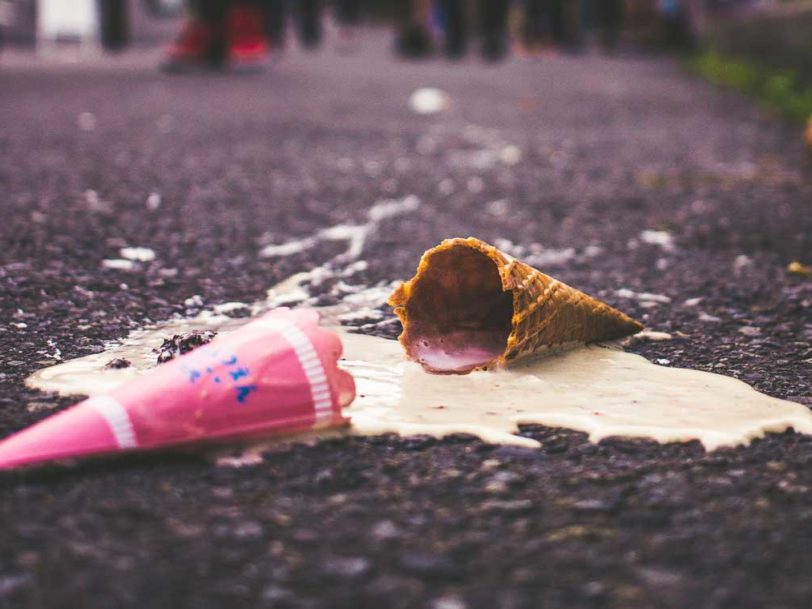 Dogged by ill-fortune? It could be worse – you could be the subject of one of these catastrophe-ridden songs about bad luck.

It’s often said that you make your own luck in life, but most of us have days where we just can’t get anything right. It’s an aspect of the human condition that affects us all, so it’s no surprise that there are so many great songs which reflect on how easily everything can go wrong. Let’s hope a black cat doesn’t cross our path as we have a dance with disaster and get down to the ten best songs about bad luck.

Featuring their signature hit, Babylon’s Burning, The Ruts’ brilliant debut album, The Crack, went Top 20, and the talented London punks looked like going right to the top before their frontman, Malcolm Owen, died of a drug overdose in July 1980. That tragedy unleashed a seemingly unstoppable run of bad luck for the band, and even though they changed their name to Ruts DC (the “DC” standing for “Da Capo”, as in: back to the beginning) that couldn’t prevent Virgin Records dropping them after 1981’s vastly underrated Animal Now. That album opened with Mirror Smashed: a classic slice of brooding, thinking-man’s punk, with a woe-is-me lyric (“Mirror smashed, seven years/A fragment of glass for each of your tears”) which reflected the band’s own predicament while also establishing itself as one of the best songs about bad luck.

One of six singles culled from Janet Jackson’s Billboard chart-topping fourth album, Janet Jackson’s Rhythm Nation 1814, Black Cat was something of a departure from the singer’s prior material, transitioning from her customary style of industrial-based dance-pop to heavy metal and hard rock. The song related to the dangers of drug abuse, with the lyrics (“Nine lives, short days, long nights/Living on the edge, not afraid to die”) reflecting the folklore that cats have nine lives, and that black cats, in particular, supposedly foreshadow a negative omen or misfortune. The latter is a slightly contentious issue: in some territories, black cats bring good fortune – and the song did just that for Jackson, as it topped the Billboard Hot 100 and yielded a Grammy nomination.

Creedence Clearwater Revival frontman John Fogerty wrote a number of portentous songs during his band’s late-60s heyday, with CCR’s third album, Green River, featuring tracks such as Sinister Purpose and the deceptively jaunty Bad Moon Rising. A typically concise, compact rocker from the same album, Tombstone Shadow nonetheless shaded them on the ill-fortune front, with Fogerty ruminating about how “Every time I get some good news/Ooh, there’s a shadow on my back” while nonchalantly knocking out one of the very best songs about bad luck.

A terse, Hey Joe-esque rocker from Love’s self-titled debut album, My Flash On You effectively saw Arthur Lee putting a hex on the Los Angeles scenesters who tried to get his band hooked on the worst kind of pharmaceuticals. Lee barks out the lyric (“But you can put me down, all around, on the ground, anyway you choose/Get your kicks with your fix, but this time I know it’s you who lose”), but it couldn’t prevent drugs putting a spell on his band. By the time Love disintegrated following their classic album, Forever Changes, they were carrying at least two full-blown heroin addicts.

Stacked with great lines about ill fortune in all shapes and forms (“Thirteen-month-old baby/Broke the lookin’ glass/Seven years of bad luck/Good things in your past”), Stevie Wonder’s supremely funky, clavinet-led Superstition pretty much picks itself as one of the best songs about bad luck. However, rather like Janet Jackson’s Black Cat, it flipped the script for Wonder’s commercial fortunes, scoring him his first US No.1 since Fingertips Part 2 in 1963.

More than any other genre, the blues can stake a pretty hefty claim to being down on its luck, so it’s fitting that one of the truly great blues standards should also be one of the best songs about bad luck. Written by R&B singer William Bell and Booker T And The MGs’ leader, Booker T Jones, the song featured a legendary chorus – “If it wasn’t for bad luck, I wouldn’t have no luck at all” – which Bell later told Rob Bowman, author of Soulsville USA: The Story Of Stax Records, was inspired by astrology (“All that stuff was pretty big around then, I got this idea it might work in the song”). It worked so well that Born Under A Bad Sign became a blues behemoth later covered by Cream and many more.

Californian death-metal outfit DevilDriver certainly sound more cursed than blessed on Unlucky 13, one of the bonus tracks from their mighty second album, The Fury Of Our Maker’s Hand. Sounding weighed down by woe, vocalist Dez Fafara howls of how he’s going to “Walk under ladders/Shatter seven mirrors/They say that’s bad luck/For seven years” while his bandmates unleash a relentless downtuned racket. Effective, if hardly pretty, Unlucky 13’s a beast of a bad luck song, but it’s more likely to give Lady Luck a migraine than get her back onside.

The visceral title track from Warren Zevon’s fourth album suggested things weren’t going well in the singer-songwriter’s personal life – and, indeed, they weren’t, as his marriage was crumbling as his drinking got out of control. If the lyrics (“Down on my knees in pain/I swear to god I’ll change”) are anything to go by, it seems the lure of extra-marital flesh wasn’t happening for our hero, either, as the titular “dancing school” is a well-known euphemism for a brothel. However, it wasn’t all bad luck and despair – the Bad Luck Streak At Dancing School album was full of great, noir-ish intrigue. It entered the US Top 20, while Zevon’s cover of The Yardbirds’ A Certain Girl also yielded a minor hit on the charts.

As the likes of Black Sabbath’s Lady Evil, The Flying Burrito Brothers’ Devil In Disguise and even Cliff Richard’s Devil Woman reveal, rock and pop lore is rich in tales of dangerous women out to lure poor, weak-willed men to their destruction. We would argue, however, that Eagles’ second single, the memorable Witchy Woman, trumps them all. Written by Don Henley and Bernie Leadon, it was reputedly inspired by novelist F Scott Fitzgerald’s wife, Zelda – believed to be wild, bewitching and mesmerising, and more than capable of bringing bad luck to any man who crossed her path.

One of Fleetwood Mac’s key songs during their inspired first phase, when they were fronted by guitarist Peter Green, Black Magic Woman was a fiery Green original which owed a debt to Otis Rush’s All Your Love. A Top 40 hit in 1968, it survived into the band’s live set after Green departed, when it was sung by guitarist Danny Kirwan. Lyrically, the song’s protagonist again finds it impossible to resist the lure of a temptress (“Yes, you got your spell on me, baby/Turning my heart into stone/I need you so bad, magic woman, I can’t leave you alone”), giving in even though he knows it’s going to end badly. Later given an equally irresistible makeover by Santana, Black Magic Woman is one of the very best songs about bad luck, and it still puts a spell on listeners today.

They’ve topped our list of the best songs about bad luck, now find out our pick of the best Fleetwood Mac songs of all time. 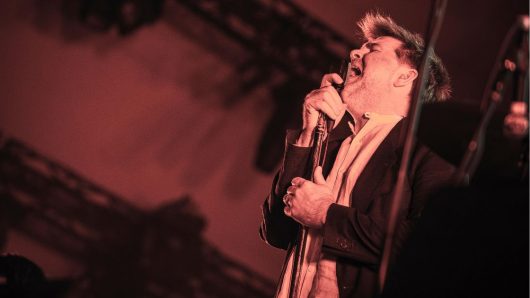