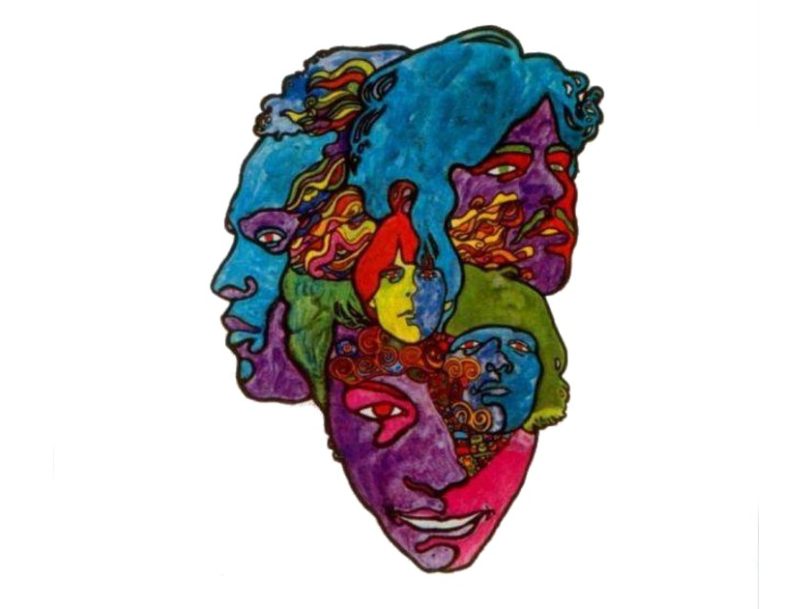 Love’s third album, ‘Forever Changes’ was written during a crisis for frontman Arthur Lee. It is one of rock’s greatest records.

The release of Love’s Forever Changes album must have seemed like perfect timing. The Los Angeles-based band, fronted by Arthur Lee, had been threatening to break big since unleashing the revved-up R&B of their self-titled debut album in April 1966. Their second album, Da Capo, followed in November that year and suggested a swift evolution, with an expanded line-up delving into psychedelic pop (She Comes In Colours), explosive proto-punk (7 And 7 Is) and hazy folk-rock (Orange Skies). However, when Forever Changes followed, in the autumn of 1967, following a period of personal crisis for Lee and professional anguish for the band, the album went entirely overlooked – until a devoted audience brought it back from obscurity, hailing it as a classic for all eternity.

“When I did that album, I thought I was going to die. Those were my last words”

Sessions for Love’s third album began in June 1967, and would continue until the end of September – a period dubbed the “Summer Of Love” by a mainstream media just catching up with the countercultural happenings of the previous few years. For Arthur Lee, though, love-ins and flower chains were the last thing on his mind while Forever Changes came together.

Love had been the hottest thing on LA’s Sunset Strip for the past few years, but they’d recently been overshadowed by the rise of The Doors, and Lee – just 22 at the time – was becoming increasingly insular. “By Forever Changes – when I did that album, I thought I was going to die at that particular time, so those were my last words,” the singer told ZigZag magazine in 1974. “I’d always had this thing about when I was going to die, man, or physically deteriorate, and I thought it would be about 26… something like that, I just had a funny feeling.”

Lee’s outlook may have jarred with the times, but it informed a set of brilliant songs that, along with the stellar songwriting contributions of guitarist Bryan MacClean, would make Forever Changes Love’s masterpiece. Aware of the strength of the material, Elektra Records’ founder, Jac Holzman, thought it best that Love stripped things back for the record. “I suggested to Arthur that I thought there was a quieter tonality which might be a winning context for the band,” Holzman recalled in his 1998 autobiography, Follow The Music. “What would happen if you advanced backwards? What would it sound like if [Love’s] rock’n’roll sensibility was applied to songs accompanied by acoustic instruments?”

Lee was already aware that Love couldn’t compete with the guitar histrionics of his old friend Jimi Hendrix, whose sound was revolutionising the rock world, and so he heeded Holzman’s advice.

Having recently defined a darker strain of 60s rock with The Doors’ self-titled debut album and it’s follow-up, Strange Days, producer Bruce Botnick was brought in to helm the Forever Changes sessions. As he explained to Andrew Sandoval in 1995, for the sleevenotes to the box set Love Story: 1966-1972, he initially had a well-known sidekick in tow.

“Forever Changes started out as a project that Neil Young and I were going to produce,” Botnick revealed. Young’s group The Buffalo Springfield were “a bit shaky”, Botnick added, explaining that he “thought Neil could use a new direction and perhaps play some guitar” on the Love album. But “Neil was unable to fulfil his role because of his obligation to the Springfield. He was going through some changes and he wasn’t physically well at the time. So he dropped out and it was me.”

Not only had Botnick lost his co-producer, but Love were also in a bad way. “There were lots of personal problems and the band hadn’t played live for a while,” Botnick recalled. “Arthur had all these songs, but the band was so untogether and playing so badly… I was prepared to record the album with Arthur singing and playing on his songs and Bryan singing and playing on his songs, with backing by studio musicians.” In just three hours, Botnick and Lee arranged and recorded two songs, The Daily Planet and Andmoreagain, as the group looked on. “I remember [them] physically crying at this session,” Botnick said. “The band was so shocked, so put out, so hurt that it caused them to forget about their problems and become a band again.”

Spurred into action, the group knuckled down, and when sessions recommenced, on 11 August, at Western Recorders, they were ready. Follow-up sessions were held at Sunset Sound and songwriter Leon Russell’s home studio, and, by 25 September, Forever Changes was complete.

“We tried everything on that album”

Despite its turbulent gestation, Forever Changes was a landmark album. The nine songs Arthur Lee contributed were unlike anyone else’s: disquieting thoughts on mortality, tensions in society and feelings of outsiderdom articulated with violent and surreal imagery, each one of them deserves notice among the best Arthur Lee and Love songs. A House Is Not A Motel, The Daily Planet and Bummer In The Summer find Lee returning to his R&B roots with tough vocal performances married with strident folk-rock. On Andmoreagain, The Red Telephone, The Good Humor Man He Sees Everything Like This and You Set The Scene, Lee’s songs were juxtaposed with lush and ornate string and horn arrangements.

Speaking to Goldmine magazine in 1991, Lee credited arranger David Angel with translating his musical ideas into notation. “David Angel’s great – he’s on the whole record!” Lee enthused. “I told him what to do – I helped orchestrate. There was part of the LA Philharmonic Orchestra on there, with those horns. We tried everything on that album.”

Bryan MacLean’s contributions were fewer but impactful. Alone Again Or was a breathtaking opening track, a sweeping, melancholic rush festooned with mariachi brass that remains Love’s best-known song, helped along by cover versions from acts as disparate as The Damned and UFO. MacClean’s other song, Old Man, was a reflection on the aging process set to a delicate string arrangement and yearning melody.

“It’s like death is in there, so it’s definitely forever changes”

Upon its original release, on 1 November 1967, Forever Changes struggled to make an impact, despite its obvious quality. Arthur Lee’s reluctance to tour the album didn’t help matters, and Forever Changes only reached No.154 in the US. It fared better in the UK, however, where it reached No.24 and found an appreciative audience of musicians, among them Robert Plant, Eric Clapton and Syd Barrett.

Throughout the following decades, Forever Changes’ reputation grew to the point where, in 1996, Mojo ranked it No.11 in its list of The 100 Greatest Albums Ever Made, and Uncut ranked it as the sixth best of all time in a similar 2015 list. All the while, it continued to win the hearts of musicians, influencing The Stone Roses, Teenage Fanclub and The Coral, among many more.

Bryan MacLean died of a heart attack on Christmas day 1998, aged 52, but lived to see his contributions to Love win the acclaim they deserved. Despite his prophecies, Arthur Lee died from complications of leukaemia in August 2006, aged 61. Talking to Goldmine years earlier, he had declared, “The album Forever Changes was to be my last words to this life. And it’s like death is in there, so it’s definitely forever changes.” In his later years, Lee toured Forever Changes to adoring audiences worldwide. The album still stands as an epitaph to his incomparable vision.

Find out where ‘Forever Changes’ ranks among our best 60s albums.