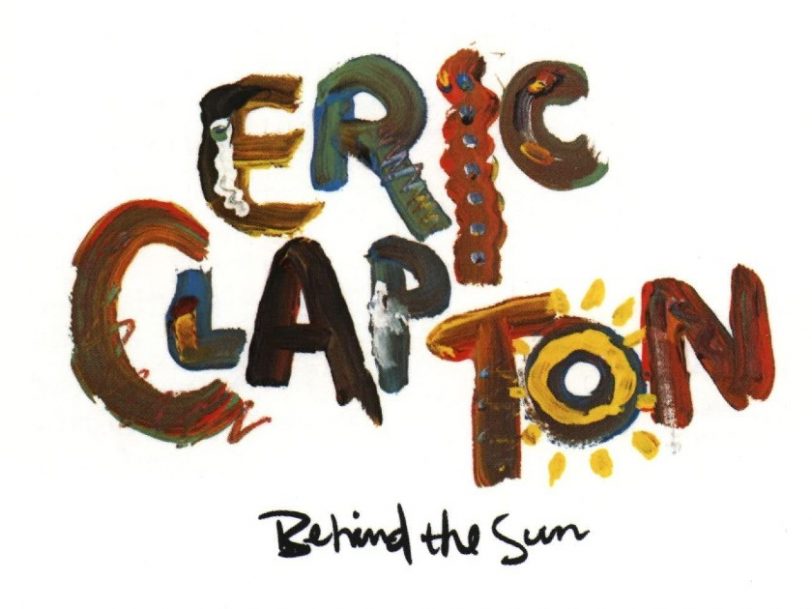 ‘Behind The Sun’: The Dawning Of A New Era For Eric Clapton

Recorded with Phil Collins, Eric Clapton’s ‘Behind The Sun’ album captured his anguish at the breakdown of his marriage to Pattie Boyd.

Using former Genesis drummer Phil Collins in the dual role of producer and co-instrumentalist on Behind The Sun was the idea of Eric Clapton’s manager Roger Forrester. The combination proved a huge success and the album, released on 11 March 1985, in a deal between Warner Bros and Clapton’s own Duck Records, was eventually certified platinum after selling more than a million copies.

Listen to ‘Behind The Sun’ here.

“It doesn’t feel like hard work. I hope it never stops”

Collins, who played snare drum, electronic drums, shaker and synthesiser, and sang backing vocals on the album, enjoyed the collaboration. “I met Eric in the late 70s when I was working with John Martyn, and we became firm friends. We were kind of country neighbours in Surrey,” Collins told Billboard. “I used to gravitate to his house pretty much every day. We used to go to football together, we played music, played pool and billiards into the night, did lots of naughty things… It was great fun.”

Clapton had fun, too. He kept a diary after recording began, in March 1984, at George Martin’s AIR Studios on the West Indies island of Montserrat, and noted that “we got five greats done quickly. Phil is so great to work with you get so much done but it doesn’t feel like hard work at all… I hope it never stops.”

Though the recording might have been fun, some of the material on the album reflected Clapton’s troubles at the time. He had rented a cottage in the Brecon Beacons, in Wales, to write songs for Behind The Sun – which took its title from a line in the Muddy Waters song Louisiana Blues – and was preoccupied with the rising difficulties in his marriage to Pattie Boyd. That relationship inspired the songs Same Old Blues, Just Like A Prisoner and She’s Waiting (co-written with Peter Robinson), all of which contained long guitar solos from Clapton. Clapton performed She’s Waiting when he appeared in the first Live Aid concert in 1985.

During the recording process, when his alcoholism flared up, Boyd left Clapton, and the couple decided on a trial separation. Clapton put all his anguish into writing Behind The Sun, the final song on the album, which featured only his guitar and vocals along with Collins’ synthesiser.

Clapton and Collins paid tribute to the 60s soul they both liked with a cover of Knock On Wood, a 1966 hit for Eddie Floyd, written by Floyd and Steve Cropper, and which had also been covered by Otis Redding, David Bowie and Wilson Pickett.

Clapton later admitted that there were concerns over the number of heartbreak songs on the album, and that Warners president Lenny Waronker urged him to record some upbeat compositions by songwriter Jerry Lynn Williams – tracks the label believed had the potential to be hit singles.

In the end, three Williams songs appeared on Behind The Sun: See What Love Can Do, Something’s Happening and Forever Man. The most engaging of these is Something’s Happening, which featured some interesting guest appearances: Fleetwood Mac’s Lindsey Buckingham played rhythm guitar on the track; the synthesisers were played by James Newton Howard, a noted film composer who has received nine Oscars nominations (after Behind The Sun, Howard went on to score Pretty Woman, The Fugitive, King Kong and The Dark Knight). Confirming Waronker’s prediction, Forever Man was released as a single and made it to No.1 on Billboard’s Top Rock Tracks chart.

Another track with star guests was Never Make You Cry. The only Clapton-Collins co-write on the album, it featured Donald “Duck” Dunn, from Stax house band Booker T And The MGs, and Nathan East from the jazz quartet Fourplay.

There is an amusing tale behind the artwork for the album, which was created by Larry Vigon, who had designed covers for Frank Sinatra, Fleetwood Mac (Rumours, Tusk, Mirage), Bonnie Raitt and Tom Petty And The Heartbreakers, among many others. “It was 1984 and I was in London. Warner Bros asked me to do the sleeve for the next Eric Clapton album and so I met with Eric’s manager at the time, Roger Forrester. Roger said this new album was much more upbeat than the previous few albums, so I got to work on Behind The Sun,” Vigon later told Album Cover Hall Of Fame.

“About a week later, I met with him again, this time to show him my idea for Eric’s new cover. He took one look at it and said it was the worst cover design he had ever seen. As he talked to me about this ‘terrible cover’, he kept glancing down at the painting and eventually said, ‘This isn’t SO terrible,’ and continued on with the conversation. Within half an hour, he thought the painting was ‘perfect’ and a wonderful, upbeat solution for the cover. Eric liked it immediately.”