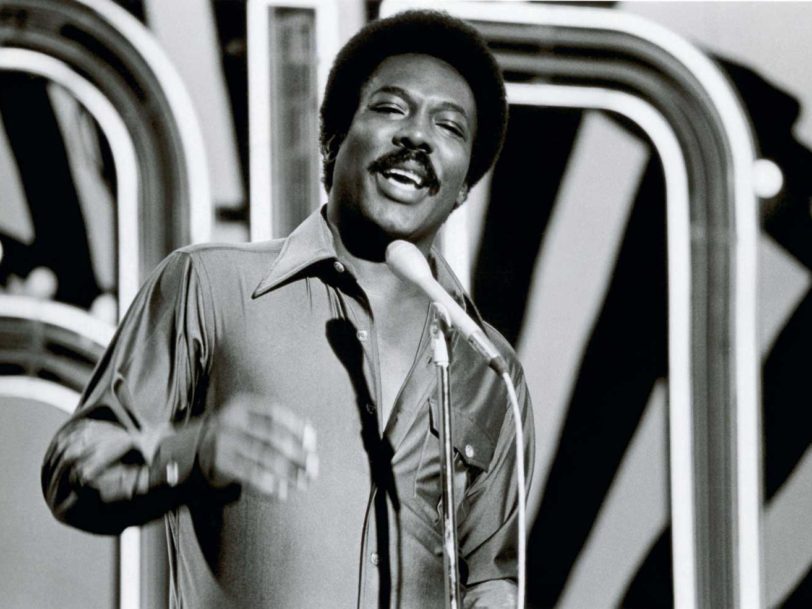 The Wicked Pickett: the nickname says it all. Born on 18 March 1941, Wilson Pickett was the baddest of the soul singers who shot to fame in the 60s. He could sing solemnly or scream like a toddler in a tantrum. He had presence, charisma, and did whatever he liked – be that good or baaad. And, decades after his hitmaking prime, he still mattered enough to be the protagonists’ idol in the 1991 musical comedy-drama The Commitments. He was a major star everywhere from Memphis to Ghana to London, despite a reputation for mercurial behaviour. And let’s not forget his artistry. That scream was in tune, not just a random roar. Pickett wrote numerous classics, yet was able to pick other artists’ songs with remarkable acumen, cutting everything from ballads to heavyweight rock’n’roll tunes, making them all his own. He died, on 19 January 2006, having helped put Southern soul on the map. These 10 best Wilson Pickett songs are his wickedest records of all.

Wilson Pickett was born in Alabama in 1941, and moved to Detroit in the mid-50s, singing gospel before joining The Falcons, a group packed with talent such as future Stax stalwart Eddie Floyd and tunesmith Sir Mack Rice. Pickett signed with Atlantic in 1964 and, after a brief false start, was sent to Stax in Memphis, where he cut a slew of hits across 1965 – all of which could jostle for space among the best Wilson Pickett songs. One was this demand for a wallflower to dance, penned with Booker T And The MGs’ guitar-slinger Steve Cropper. “Don’t fight it, you got to feel it,” could have been Pickett’s motto: he did what he felt, and that was fine with him.

Another thriller from 1965. Pickett demands nothing less than 100 per cent from his lover while Stax’s rhythm section slides like a snake, low and menacing. Note Steve Cropper’s interjections before the verses, all different and as ballsy as a pawnbroker’s sign. The introduction was surely the inspiration for many rock riffs, including one all apprentice guitarists learn: Smoke On The Water.

Talking of rock guitarists, one of the greats provides the searing licks in this 1968 smash. Duane Allman was not only playing on the session in Muscle Shoals, Alabama, he suggested Pickett should cover the song, then a current hit for The Beatles. Get outta here! But the incredulous Pickett agreed to try it. The record helped make Allman a star, and he was soon recruited by Eric Clapton to join the sessions that produced Derek And The Dominos’ Layla And Other Assorted Love Songs album. While those points are often made, let’s not overlook Pickett’s astonishingly sanctified performance, which completely refreshes The Beatles’ original and comfortably lands a spot among the best Wilson Pickett songs.

One of Pickett’s most rewarding relationships was with Bobby Womack. Womack was a rising star before his marriage to Sam Cooke’s widow, Barbara, was unfairly vilified as disreputably quick. Bizarrely, DJs then refused to play his records, so Womack carried his guitar to American Sound Studio in Memphis and quietly wrote songs. One was Midnight Mover, a slippery groover from 1968 which appealed to Pickett as the lyric recalled his previous smash In The Midnight Hour, and its feel resembled another Wicked keystone, Mustang Sally.

Written by Steve Cropper and former Falcon Eddie Floyd, this strolling gem from 1966 held echoes of the blues, a touch of Motown (the lyric is apparently an answer to The Marvelettes’ Beechwood 4-5789) and Pickett’s Big Man About Town confidence. It appeared on the singer’s third album, The Exciting Wilson Pickett. Merely exciting?

As might be expected for a singer so badass, Pickett was at home on funk grooves. In the early 70s, alongside producers Brad Shapiro and Dave Crawford, he delivered this percussive thriller that combined a prototype disco vibe with an African percussive feel, plus a touch of the rock music Shapiro was producing for The James Gang. If his love isn’t appreciated, the singer warns, he will take it elsewhere, baby. No kiddin’.

A rock-solid US No.8 hit in 1967, Funky Broadway was written by Arlester Christian, a highly underrated talent who fronted funk pioneers Dyke And The Blazers. He was shot dead, aged just 27, in 1971, but Pickett helped make his name resonate forever in soul. The groove doesn’t vary much, the lyrics are laboured, but Pickett sells the song like nobody else could.

Penned by Sir Mack Rice of The Falcons, Mustang Sally has become overfamiliar through numerous covers, including in the The Commitments, so it’s easy to forget why it ranks so highly among the best Wilson Pickett songs. Raw as roadkill, tough as a steel steak and confident as the double-glazing salesman of the year, stand aside competitors: Pickett made Mustang Sally all his own.

The Lorraine Motel in Memphis is principally remembered as the site for an act of tragic, historic infamy: Dr Martin Luther King was assassinated there in 1968. Long before the killing, Stax used it as a base for visiting artists, including Wilson Pickett, who co-wrote In The Midnight Hour there with Steve Cropper. Cropper heard the title phrase on The Falcons’ record I Found A Love, and believed Pickett could expand the ad lib to create a new song. Atlantic Records’ Jerry Wexler was at these breakthrough sessions in 1965, and suggested In The Midnight Hour could adopt a beat that suited the year’s dance craze, The Jerk. Airplay was limited, with radio DJs worrying over what was producing a twinkle in Pickett’s lover’s eye at midnight, but it remains a soul classic.

Wilson Pickett wasn’t the first artist to cover Land Of 1,000 Dances. It had been recorded by its composer, Chris Kenner, dance combo Cannibal And The Headhunters, silky Chicago star Major Lance and Latin rockers Thee Midnighters. But none counted for much once Wilson Pickett tore into the song in 1966, during his first sessions at Muscle Shoals’ FAME Studios. If one record defines sock-it-to-’em soul, it’s this one. Topping out list of the best Wilson Pickett songs, it sounds like it’s being delivered in front of you, right now. And that is soul.

Wilson Pickett was called “Stagger Lee incarnate” after covering the controversial song. Check out the full story behind his version of Stagger Lee