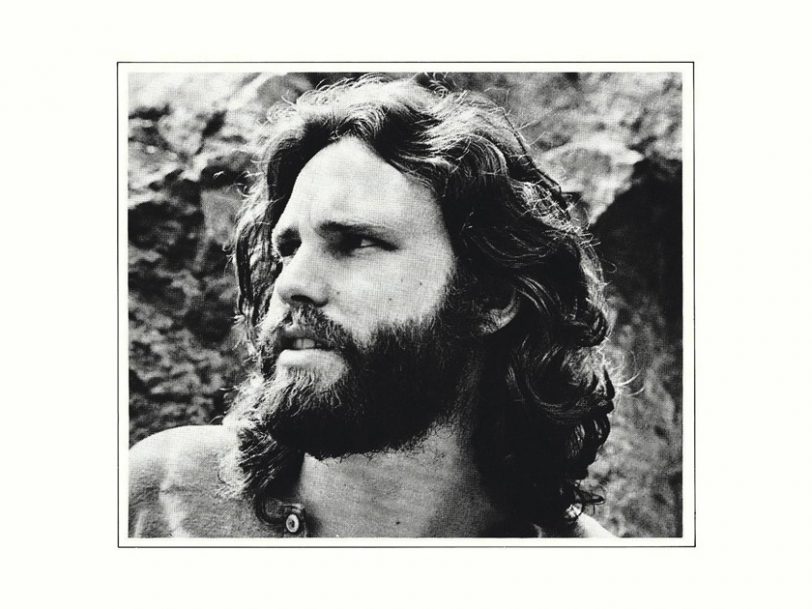 An American Prayer: How The Doors Invoked Jim Morrison’s Genius

Painstakingly compiled, The Doors’ final album, ‘An American Prayer’, makes for a potent celebration of Jim Morrison the poet.

Released seven years after Jim Morrison’s death, An American Prayer stands as the final album by The Doors – who themselves had broken up after releasing two records without their talismanic frontman, 1971’s Other Voices and 1973’s Full Circle. Credited to Jim Morrison with “Music by The Doors”, it primarily comprises freshly composed backing tracks over which the group laid recordings of Morrison reading some of his most potent penned poems. Yet, like almost everything The Doors did, the album caused some controversy when it hit the shelves towards the end of 1978.

Listen to ‘An American Prayer’ here.

“An American Prayer has attracted much comment, including some significant controversy. I want people to understand that this album was made by those people who were closest to Jim, both personally and artistically,” Elektra Records engineer and the album’s primary producer, John Haeny, wrote on his website in 2013.

“There was much push and pull during the making of this album and I shared in that struggle,” Haeny continued. “But to give credit where credit is due, The Doors love and admired Jim, and An American Prayer was their final gift to their departed band member.”

Haeny’s not wrong in suggesting that the finished album had a long birth. He was originally tasked to help produce an album of Morrison’s poetry by Elektra boss Jac Holzman around the start of 1969, but due to circumstances beyond everyone’s control, a whole decade elapsed before he could bring the project to fruition.

As to why Morrison wanted to record his poetry in the first place, we have to remember that while The Doors became one of the world’s biggest acts, their charismatic frontman had grown tired of the adulation around the time of their third album, 1968’s Waiting For The Sun. Morrison made it known that he wished to pursue artistic goals outside of rock music, and while he also made the experimental film HWY: An American Pastoral, with his friends Frank Lisciandro, Paul Ferrara and Babe Hill, he was equally keen to get his poetry down on tape in 1969.

With Holzman’s blessing, John Haeny helmed two very different recording sessions with Morrison. The first, at Elektra’s West Coast studio, in February 1969, he recalled as “a sedate affair… Jim had his poetry well organised and seemed to know exactly what he wanted to do, including the order he wanted to do it in.” A second session, held on 8 December 1970, Morrison’s 27th birthday, was fuelled by Irish whiskey and the presence of several of the singer’s friends in the studio, yet Haeny still succeeded in getting Morrison to read his poetry, and remembered it as “an exhausting and memorable evening”.

Haeny kept these recordings while awaiting further instruction, but Morrison died the following July, before any concrete decisions were made about how or when to release them. With various parties involved now needing to give their agreement to future releases of the singer’s work, it took several years for Haeny to get the green light to pursue an official project with them.

“Who better than the team that, along with Jim, made rock history”

The remaining members of The Doors – keyboardist Ray Manzarek, guitarist Robby Krieger and drummer John Densmore – had been impressed by the recordings when they heard them in 1976, but they were initially reluctant to contribute anything new themselves until Haeny helped to talk them round.

“Jim had never finished formulating how he was going to read his poetry – that’s what his ill-fated trip to Paris was all about,” the producer acknowledged in 2013. But Haeny also put it to the group: “If anyone was going to polish the pacing of Jim’s poetry, who better than the team that, along with Jim, made rock and roll history.”

Unable to fault this reasoning, Manzarek, Krieger and Densmore acquiesced, and entered the studio early in 1978 to begin working up some fresh music to accompany Morrison’s vocals. After cutting initial demos in a small studio in West Hollywood, they continued to refine their new work before recording it more formally.

“After so many years, the band were again playing with Jim in the studio – quite moving”

“I produced and recorded the new music at Hollywood Sound Recorders,” Haeny wrote. “The Doors performed live to Jim’s carefully conformed poetry. As they themselves have said, it was all really quite ‘spooky’. After so many years, the band were again playing live with Jim in the studio – quite moving for everyone.”

The band’s new music accompanied several of the album’s best tracks, such as Black Polished Chrome and the supple, conga-enhanced Latino Chrome, and several of the enticing grooves they worked up – especially those for Curses, Invocations and the brilliant, cinematic Ghost Song – sounded like logical successors to the best tracks on LA Woman, the final album the group had recorded together when Morrison was alive. Elsewhere, poems such as The Hitchhiker and Stoned Immaculate were set against snatches of previous Doors classics for good reason.

“During this process we also discovered that with the juxtaposition of Jim reading his poetry against existing Doors recordings, we could illustrate how Jim’s poetry evolved into Doors songs,” Haeny revealed. “The Hitchhiker/Riders On The Storm and our use of WASP (Texas Radio And The Big Beat) [for Stoned Immaculate] are excellent examples of some of this subtext in An American Prayer.”

“It still gives me the chills”

The album arguably saves its best for last, however. Aware of The Doors’ splendid but then unreleased recording of Adagio In G Minor, captured with the help of a string orchestra circa The Soft Parade, Haeny rightly felt it could be the ideal vehicle for An American Prayer’s denouement. The piece in question, A Feast Of Friends, included some of Morrison’s most vivid imagery (“Death makes angels of us all/And gives us wings/Where we had shoulders/Smooth as raven’s claws”), and The Doors’ newly recorded take of the classical piece proved to be its perfect foil.

“I had heard it when they first recorded it and thought it was wonderful,” Haeny wrote. “We all knew Jim was inordinately fond of the work, but The Doors had never found a place for the orchestral-only recording on an album, so it was never released. For An American Prayer, the remaining Doors arranged and performed… Adagio as a setting for Jim’s reading of [A Feast Of Friends], which ends the album. To this day, it still gives me the chills.”

Haeny and The Doors’ lengthy labour of love ensured An American Prayer received official release on 17 November 1978. Their efforts yielded a platinum disc, and the album remains a mandatory title for all dedicated Doors heads – including superfan Patti Smith, who wrote a glowing review of it in Creem magazine, declaring that the record “has been pieced together delicately with obsessive devotion”.

“An American Prayer is one of a very select group of spoken-word albums to sell in excess of one million copies,” John Haeny noted. “I believe Jim would be pleased. Jim would have understood our motivation and appreciated our dedication and heartfelt handling of his work.”

Life On Mars?: How David Bowie Created An Out-Of-This-World Classic

David Bowie’s timeless Life On Mars? song is a ‘soaring, cinematic ballad’ – and it was inspired by Frank Sinatra.