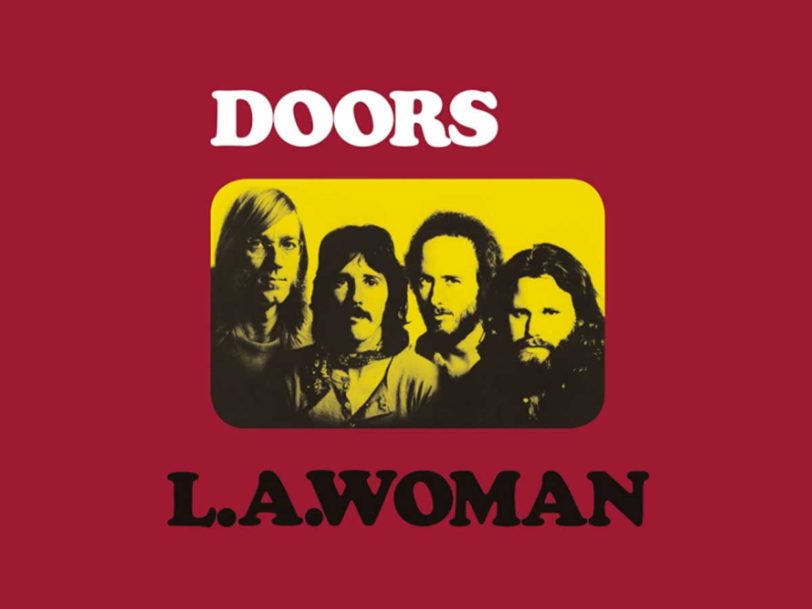 A creative rebirth rather than an epitaph, ‘LA Woman’ was followed by Jim Morrison’s tragic death, but is arguably the band’s greatest album.

Disputes still rage as to whether The Doors intended LA Woman to be their final album. Its release fulfilled their contract with Elektra Records and allowed frontman Jim Morrison to depart on his fatal Parisian sojourn in March 1971 – yet despite persistent rumours to the contrary, his bandmates always believed he’d return home once he’d taken a much-needed sabbatical.

“He was going to find the poet again”

“The important thing was, he was going to Paris to ‘regain’ himself – to find the poet [inside him] again,” keyboardist Ray Manzarek told Uncut in 2013. “In Paris, he could walk down the street unmolested. He was going to continue the line of American writers in Paris – Hemingway, Fitzgerald, Henry Miller… and I thought it was a terrific idea.”

Fate, however, had other plans. Whether he intended to return to the band or not, what we know for certain is that Morrison spent the next few months living in a rented apartment in the French capital with his long-term girlfriend Pamela Courson, before passing away from a heart attack on 3 July 1971, aged just 27. Conspiracy theories pertaining to what may or may not have contributed to this tragic outcome continue to circulate, but the fact remains that a highly gifted young writer and performer died far too young, and, despite releasing two more albums without their frontman, LA Woman effectively became the band’s swansong.

“A landmark worthy of dancing in the streets”

Aside from the human tragedy involved, this is especially devastating, for LA Woman, which had been released on 19 April, stands as a creative rebirth, rather than an epitaph. With the possible exception of their sparkling, self-titled debut album, it remains The Doors’ most essential listen, hailed at the time by Rolling Stone as the band’s “greatest album and (including their first) the best album so far this year. A landmark worthy of dancing in the streets.”

Bearing in mind that LA Woman includes classic tracks such as Riders On The Storm, Love Her Madly and its driving title track, such praise hardly seems excessive. Yet while we now herald the record as a high-water mark, even its realisation was by no means a done deal. The Doors’ previous album, Morrison Hotel, went gold, but morale was low in the band’s camp during the latter half of 1970. By this stage, Jim Morrison’s alcohol intake had led to several situations which threatened his liberty, and a dispiriting concert in New Orleans, in December 1970, proved to be The Doors’ very last live show.

Even more ominously, the band’s long-term producer, Paul A Rothchild, was singularly unimpressed by their new songs. Having attended a shaky rehearsal with the group, Rothchild left feeling jaded and disillusioned, and passed on helming the LA Woman sessions. In retrospect, this proved to be a blessing in disguise, leading The Doors to make several decisions which impacted significantly on how the album turned out.

“There were no drugs, no women, no sycophants”

Firstly, the band promoted engineer Bruce Botnick (who did like the new songs) to co-producer. Botnick brought some much-needed enthusiasm to the session, and he also helped soup-up LA Woman’s overall sound by suggesting The Doors enlist rhythm guitarist Marc Benno and Elvis Presley bassist Jerry Scheff for the sessions. In addition, to help everyone relax, Botnick and the band’s manager, Bill Siddons, also suggested the group record the album in the rehearsal room of their Los Angeles office building, The Doors Workshop, on the corner of La Cienega and Santa Monica Boulevards.

Accordingly, a clubhouse atmosphere prevailed, with Siddons noting that “it was a place where they could come and go with zero pressure”. Not only that, but the informal setting brought out the best in everyone involved, including Morrison, who defied his mercurial reputation and became a model of professionalism during the sessions.

“There were no drugs, no women, no sycophants,” Bruce Botnick told Uncut in 2013. “Jim still liked to drink, and there was plenty of beer around, but he wasn’t drunk. He was extremely creative and he really led the sessions. And since he was staying at the Alta Cienega Motel right across the street, he was usually at The Workshop before we were.”

“He really rose to the occasion”

In several contemporary interviews, Morrison enthused about LA Woman’s blues-based content, yet while the album does include earthy blues workouts such as Been Down So Long and the deceptively chilling Cars Hiss By My Window, the tracklist featured an eclectic spread of material, from the sinewy, attention-grabbing rock’n’roll of The Changeling to the dreamy Hyacinth House and guitarist Robby Krieger’s infectiously poppy Love Her Madly.

By comparison, the shimmering, jazz-inflected Riders On The Storm was loosely based on the arrangement for Stan Jones’ cowboy country song (Ghost) Riders In The Sky, but The Doors turned it into a thing of elusive, haunting beauty, with Morrison’s brooding lyric (“There’s a killer on the road/His brain is squirming like a toad”) reputedly inspired by 50s mass murderer Billy Cook.

Drummer John Densmore recalled that Morrison “sang most of his vocals in one or two takes, he really rose to the occasion”, and the LA Woman sessions simply cooked. With the whole thing done and dusted in little over a week, the band were confident they’d made a record built to last. They were even more thrilled when Elektra label boss Jac Holzman added his stamp of approval.

“Jac gave the ultimate analysis of the record,” Bill Siddons told Uncut. “He said Riders On The Storm will be one of the biggest progressive radio tracks of the year, and LA Woman will become a standard, but the hit is Love Her Madly. El Supremo predicted everything that would happen with the record.”

Holzman was, indeed, spot on. Released in March 1971, the glorious Love Her Madly charted at No.11 on the Billboard Hot 100 and racked up airplay from coast to coast, giving The Doors their biggest hit since 1969’s Touch Me. The album then followed in April, selling half a million US copies in under six months, even without a tour to support it. Where The Doors might have gone had Jim Morrison returned safely from his Paris sojourn remains an eternal “what if?”, but with hindsight, topping a record as potent as LA Woman would have taken some doing.

“LA Woman is still my favourite of all our releases,” Ray Manzarek revealed in a 1997 Mojo interview. “To me, it represents a drive across the great American South West. Driving on the freeways and highways through the desert – Arizona or New Mexico – or driving up the coast of California on Highway 1, from LA to San Francisco. It’s alive, it’s free, it’s young and it’s wild.”

Find out where The Doors’ first record ranks in our run-down of the best debut albums of all time.