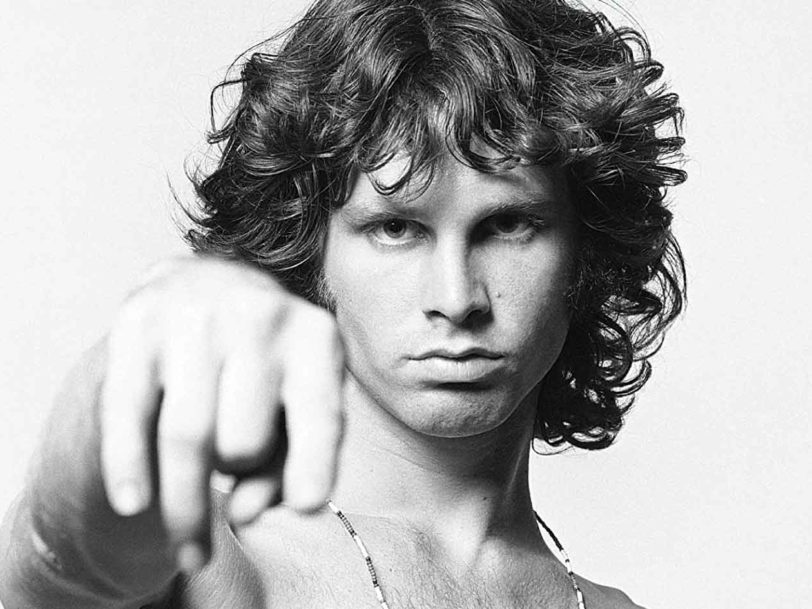 Jim Morrison: A Celebration Of The Lizard King

It’s easy to fall back on clichés when discussing Jim Morrison’s enduring appeal. Arguably the poster boy of the late-60s counterculture, his dark, flowing mane of hair and leather-clad image exuded rock’n’roll cool, while his mysterious demise at the age of 27 ensured his immortality. Yet, while there’s no doubt The Doors’ frontman lived fast and died young, his rich artistic legacy continues to sustain his iconic reputation over half a century after his tragically premature death in Paris on 3 July 1971.

Listen to the best of The Doors here.

“It was poetry, with our version of rock’n’roll”: forming The Doors

In retrospect, there’s a certain irony that the self-styled Lizard King has attained such an exalted position in rock’s pantheon, as he wasn’t always an obvious fit for the role of superstar frontman. Born on 8 December 1943, Morrison gradually developed into a world-class performer, but he was (at least onstage) relatively quiet and shy when The Doors formed in 1965. Morrison’s boyhood love of Frank Sinatra informed his husky croon, but he wasn’t a musician and he never viewed himself as the band’s leader, even when fame and fortune came calling.

Unusually for a major rock outfit, The Doors were democratic to a fault, and all four band members realised they needed each other to make their music work. Like his bandmates, Morrison was a young music fan harbouring catholic tastes: his love of the blues is apparent in Doors songs such as Maggie M’Gill, Roadhouse Blues and their cover of John Lee Hooker’s Crawling King Snake, but he also considered The Beach Boys’ Brian Wilson a genius, and his affection for contemporary acts such as Arthur Lee’s Love was entirely mutual.

“We basically insisted that Elektra also signed The Doors,” Love guitarist Johnny Echols revealed in a 2016 Record Collector interview. “We were never, ever in any kind of competition with them – we loved them, they were our friends, and we were happy for their success, because they earned it.”

“It all works in rock’n’roll”

Like Love, The Doors played numerous buzz-building shows in Los Angeles clubs such as Bido Lito’s and Whisky A Go Go before they signed with Jac Holzman’s Elektra Records. By the summer of 1966, it was apparent that Morrison’s team were stars-in-waiting, with the singer’s atypically poetic approach to his craft being one of the key elements which ensured his band stood apart from the pack.

“I knew Jim was a great poet, there’s no doubt about that,” keyboardist Ray Manzarek later told Best Classic Bands. “See, that’s why we put the band together in the first place. It was going to be poetry, together with our version of rock’n’roll. Jim brought his Southern gothic poetry, his Arthur Rimbaud poetry – it all works in rock’n’roll.”

“He was a really great poet”: lyrics and literary influences

Morrison’s inherent love of poetry and prose was one of the most crucial aspects of his art, and its influence on The Doors’ catalogue cannot be overstated. A voracious reader as a teenager, he began writing in earnest while living a beatnik-style existence as a student of theatre, film and cinematography at California’s UCLA prior to The Doors’ formation, and his favourite writers often shaped his best work.

Morrison’s literary influences were as diverse as his musical heroes. French philosopher Louis-Ferdinand Céline’s Journey To The End Of The Night clearly inspired the eerie End Of The Night, from The Doors’ self-titled debut album; existentialist writer Albert Camus is easily detectable in the DNA of Strange Days highlight People Are Strange; English novelist Aldous Huxley’s psychedelic odyssey The Doors Of Perception not only inspired Morrison’s lyrics for Break On Through (To The Other Side) (“The gate is straight, deep and wide”) but even supplied the group’s name.

However, the young writer quickly distilled his influences down into his own highly distinctive style. Indeed, Morrison-penned classics such as Soul Kitchen (“Your fingers weave quick minarets/Speak in secret alphabets”) and The Crystal Ship (“Before you slip into unconsciousness/I’d like to have another kiss/Another flashing chance at bliss”) feature wordplays which still rank among the most evocative in rock history.

Ray Manzarek later told Best Classic Bands that Morrison’s “words were well edited – Jim put his words into a musical context, a hit single in a three-minute context”, and his dextrous lyrical abilities hit a nerve with performers who would rise to prominence in future generations. Attending a Doors gig in 1967 proved a life-changing event for future “Queen Of Punk” Patti Smith, who decided to dedicate her life to both music and poetry as a result. She also told Rolling Stone, “Jim Morrison probably got the closest to being an artist within rock and roll, I think. His death made me sadder than anyone’s. He was a really great poet.”

“The biggest thing to grab the mass libido”: defining the rock-god image

Meanwhile, in pre-punk Manchester, Morrison’s words also cast a spell on the teenage Ian Curtis. “Poetry and music became his focus,” Anton Corbijn, director of Joy Division biopic Control told The Guardian in 2007. “I think he was caught up in this obsession with becoming someone. He was drawn to legendary rock stars such as Jim Morrison.”

With hindsight, the combination of Morrison’s lyrical expertise and The Doors’ dark, jazz-tinged psychedelia was so potent it’s hard to imagine it failing – though the singer’s developing Adonis-like stage presence hardly hurt their cause, either. Crucially, Morrison was dedicated to carefully cultivating his band’s image. In Jerry Hopkins and Danny Sugerman’s biography of the singer, No One Here Gets Out Alive, Elektra’s staff photographer Joel Brodsky recalled Morrison’s professional approach and how he never wanted to smile in group photographs.

“Most kids, when you take their pictures in a studio, they kid each other, make jokes and try to break each other up [laughing],” he said. “The Doors never did that. They were serious about what they were doing at all times. And Jim was the most serious of the four.”

Writing on the same subject, The Village Voice’s Howard Smith observed: “There really hasn’t been a major sex symbol since James Dean died and Marlon Brando got a paunch. [Bob] Dylan is more of a cerebral heartthrob and The Beatles have always been too cute to be deeply sexy. Now along comes Jim Morrison of The Doors. If my antenna are right, he could be the biggest thing to grab the mass libido in a long time.”

Smith was proved entirely correct, but while Morrison was keen to cultivate The Doors’ visual image, he also played a pioneering role when it came to the way his band were portrayed in print. Blazing a trail for sublime future interviewees such as Morrissey and INXS’s Michael Hutchence, Morrison was articulate, cerebral and always eminently quotable.

“Jim made good copy,” Elektra PR man Danny Fields said in No One Here Gets Out Alive. “He was so smart. He gave such great interviews and such fabulous quotes. He just threw them out and the writers got off in writing about him. That was the true secret. He made the writers enjoy writing about him. So they didn’t laugh at him. They took him perfectly seriously.”

“His body of work will always endure”: Jim Morrison’s legacy

The sad thing about re-evaluating Jim Morrison’s contribution to rock’n’roll – and art in general – is the realisation that he could have done so much more had he returned to LA from his fateful sojourn in Paris. His poetry collection The Lords And The New Creatures and short film HWY: An American Pastoral, co-directed in the Mojave Desert in 1969, both suggest he could easily have made waves in different mediums, and that an audience would have awaited him whether he continued with The Doors or not. In the meantime, his band’s resonant catalogue continues to enchant new generations of fans, and the Grammy Award won by Tom DeCillo’s 2009 documentary, When You’re Strange, shows that Jim Morrison’s shamanic presence connects just as deeply with 21st-century music fans.

“Seeing The Doors live was a life-affirming experience for me and many others,” Patti Smith said in a 2011 Rolling Stone interview. “Jim Morrison was one of our great poets and a unique performer. His body of work will always endure.”

Check out our best Doors songs to see which tracks made the cut.