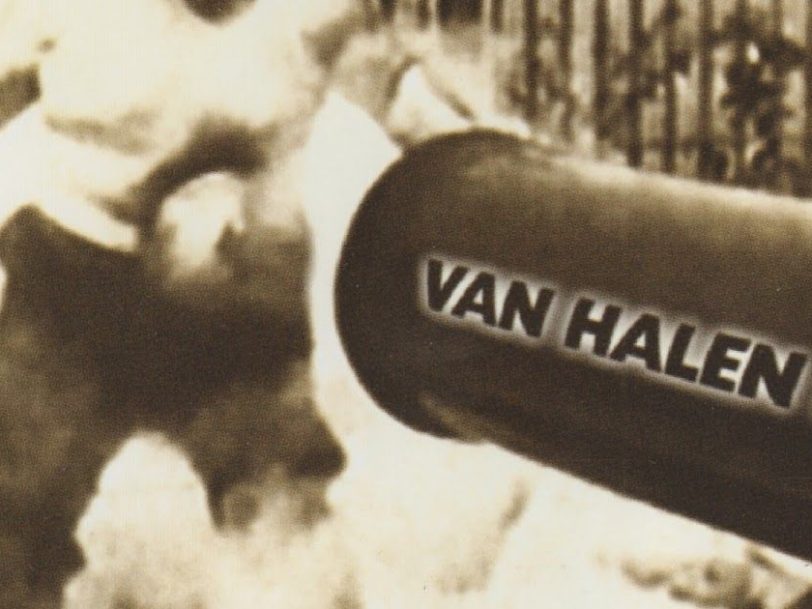 The band’s lone album with vocalist Gary Cherone, ‘Van Halen III’ marked a point where ‘Eddie found a new freedom in his writing’.

Despite its title, Van Halen III was actually the band’s 11th studio album, but it marked the sole project by the group’s short-lived third incarnation. The record went gold upon its release, in the spring of 1998, but, coming after a string of multi-platinum titles (Fair Warning, Diver Down and 1984 among them), it often gets overlooked in a post-grunge music landscape which had seen seismic changes in the hard-rock world Van Halen helped define in the 70s and 80s.

“Our manager said, ‘Do you want to audition?’ I thought he was joking”

Put together during a turbulent time for the band, Van Halen III does stand apart from their wider catalogue. Their larger-than-life second frontman, Sammy Hagar, left the group following 1995’s Balance, and long-serving bassist Michael Anthony departed during sessions for its follow-up. Former Extreme frontman Gary Cherone stepped in to replace Hagar, but while events later decreed that Van Halen III would remain Cherone’s only full-length outing with the band, the Massachusetts-born singer could barely comprehend that he’d been recruited in the first place.

Extreme had “always considered the best [to be] Aerosmith, Van Halen and Queen”, Cherone told Rock And Roll Garage in 2021. “For Nuno [Bettencourt, guitar] and Pat [Badger, bass], as players, Van Halen was the top. When I had the opportunity to join the band, Pat and Nuno couldn’t believe I was joining their favourite band.

“I remember there were rumours that Dave [Lee Roth, Van Halen’s original singer] was coming back,” he added. “Our manager managed Van Halen and Extreme at the same time, and he called me up and said, ‘Do you want to audition?’ I thought he was joking.”

“We ended up being kindred spirits”

Eddie Van Halen was, however, entirely serious in offering Cherone the job. From the outset, the legendary guitarist and his new frontman hit it off in a way Cherone couldn’t have imagined. “He made me feel comfortable, and he went out of his way to make me feel comfortable,” the singer said. “I remember on my first day how he extended himself to me, and how he was just a regular guy. We ended up being kindred spirits.”

“We come from different camps, and he had another way of writing with different guys in the band, whether it was Sammy or Dave,” the singer told Rolling Stone following Eddie Van Halen’s death. “One of the things that I did with Extreme, that Eddie never did with Van Halen, is I’d have a lyric written. So when I handed Eddie a lyric, that was the first time he wrote to the lyric. With the other guys, he’d generally write the music [first]. I didn’t give the lyrics to him, but he’d go, ‘What’s that?’ And take it from me and sit at the piano and work on it.”

“There were some great ideas and little gems”

Though Cherone was excited by his new post, trouble was brewing within the band as they wrote and recorded Van Halen III. Michael Anthony only played on three tracks before he quit, alleging that Eddie Van Halen had dictated what he should play, before taking over bass duties himself. Despite his successful induction into the band, Cherone also found the working methods challenging. “I would have preferred to tour with them and then put out a record,” he told California-based radio station KNAC in 2009. “It would have been better to establish myself and then hit the studio with the band.”

With hindsight, though, it’s clear the Van Halen III sessions were extremely productive. Indeed, while the record didn’t yield anything akin to a chart-straddling Jump or a Panama, it still included plenty for the discerning hard-rock head to appreciate. As Cherone observed: “There were some great ideas and there were some little gems.”

Lead single Without You was a quintessential energised rocker that took its cue from the best Van Halen songs, while the shape-throwing Fire In The Hole (later included in the Lethal Weapon 4 soundtrack) suggested Cherone was more than capable of following in the footsteps of either of Van Halen’s previous vocal icons.

Several other key tracks also showed Van Halen had the courage to flirt with new sounds and styles. One I Want deftly switched from edgy atmospherics redolent of The Police to full-blown anthemic choruses, while the entire band excelled on the proggy Dirty Water Dog, which flaunted complex time signatures and Rush-esque dynamics. Arguably better still, the epic, seven-minute Once provided the album’s centrepiece, and its rich, layered keyboards again revealed that there was far more to Eddie Van Halen than lightning-fast fretboard pyrotechnics.

Released on 17 March 1998, Van Halen III came up trumps, creatively. In the same way that British rockers Def Leppard threw some alt-rock vim into the mix with their contemporaneous Slang album, Van Halen proved they were prepared to move with the times and challenge both themselves and their audience – even with over 20 years of history under their belt. In an amusing entry among Van Halen’s album covers, Van Halen III even came complete with an image that showed they were willing to take whatever critics threw at them.

In the event, The Los Angeles Times praised the group’s commitment to staying the course, noting, “Van Halen’s first effort in its third incarnation might be its most adventurous… Gary Cherone works his way through vigorous rockers and pensive ballads that soar with the group’s signature blend of musical muscle and pop élan.” It remains an astute point of reference for those coming to Van Halen III for the first time.

“Eddie found a new freedom in his writing”

Van Halen toured the record extensively, with their itinerary taking them to Australia and New Zealand, and they even began work on a second Gary Cherone-fronted album, with former Neil Young and Linda Ronstadt producer Danny Kortchmar manning the console.

That project is believed to have yielded around 20 new tracks but, after Van Halen briefly reunited with original vocalist Dave Lee Roth, in 2000, the group embarked on the lengthy process of making their final studio album, 2012’s A Different Kind Of Truth. For his part, though, Cherone is sanguine about what he achieved during his brief tenure with the band.

“Maybe to a fault there was a freedom we had on Van Halen III that was perhaps too eclectic for the Van Halen fans,” he reflected following Eddie Van Halen’s death. “When [Eddie] sat down at the piano and played, I would sit there in awe. I encouraged that… I think Eddie found a new freedom in his writing.”