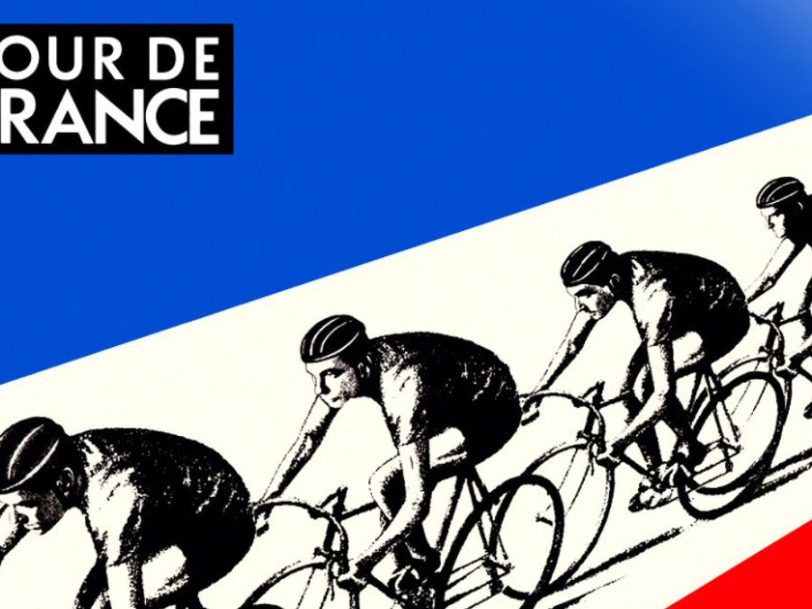 Finally inspired to record an album of all-new material for the first time in 17 years, Kraftwerk’s 11th studio outing, Tour De France Soundtracks, found the group in an entirely different musical landscape from when they released their previous album, 1986’s Electric Café. By this point, electronic dance music had swept the world to become a cultural phenomenon, largely thanks to the pioneering synthesiser work Kraftwerk had originally set in motion in the 70s.

Keen to keep the wheels moving despite the departures of long-term members Karl Bartos and Wolfgang Flür, group founders Ralf Hütter and Florian Schneider invited Fritz Hilpert and Henning Schmitz into the fold and set to work on a new album that coincided with the 100th anniversary of the Tour De France. Spinning out ideas from his fondness for cycling, Hütter was keen to explore the feats of human endurance achieved by the likes of tournament winners Fausto Coppi and Louison Bobet, and headed to Kraftwerk’s Kling Klang studio to engineer the group’s much-anticipated comeback.

“Forward – that’s what you do with your bicycle. You move forward”

Remarkably, the genesis of Tour De France Soundtracks stretched back 20 years earlier, when Kraftwerk released an EP celebrating Hütter’s love of cycling. “In 1983 we were working on a concept for a feature film on Tour De France,” Hütter said, “so I wrote some lyrics and conceptual ideas for our album Tour De France.” No strangers to exploring modes of transportation on records such as the motorway-centric Autobahn and the train-inspired Trans-Europe Express, the original 1983 Tour De France song hinted at a new Lycra-clad reinvention for the one-time robots, and reached No.22 in the UK in August that year. Following a bike accident which landed Hütter in hospital, however, the album idea was put on hold and Kraftwerk moved on to record Electric Café instead.

Then, in 2003, in a bid to mark the 100th anniversary of the Tour De France tournament, Kraftwerk decided to revisit the cycling concept. Updated for the 21st century, the group’s cycling song was just as innovative as anything they had done before, with Hütter’s breathless vocals being recorded after running up and down the stairs in Kling Klang. Propelled by a winding electro beat and the sound of spinning spokes, this new version of Tour De France peaked at No.20 in the UK in July 2003 and saw Hütter recite French lyrics evoking the arduous journey of cyclists traversing the Alps.

After the group successfully fleshed out the concept into a full album, Tour De France Soundtracks finally saw light of day on 4 August 2003 and proved Kraftwerk’s momentum had only accelerated in line with the new era of electronic dance music they had helped usher in. With pristine ambient soundscapes and the throb of trance-enamoured synths, the wheels are set in motion on Prologue before leading into the glorious Tour De France (Étape 1-3), a 15-minute trio of tracks acting as an odyssey of perpetual motion. “We are very interested in the dynamics and the energy and the movement,” Hütter said. “The German word is ‘vorwärts’, forward – that’s what you do with your bicycle. You move forward.”

“It’s percussive and dynamic. We never feel there’s nowhere left for us to go”

By aiming “to glorify the muscles of the human being” with a freewheeling sonic tone poem aided by Kraftwerk’s machine-like rhythms, Tour De France Soundtracks captured the trials of any hardened cyclist with their eyes on the prize. “The noise of the bicycle chain and pedal and gear mechanism,” Hütter said, “the breathing of the cyclist, we have incorporated all this in the Kraftwerk sound.” As an ode to sports endurance, the group even found room to explore health supplements, on the song Vitamin, as well as the metal that comprises the bicycle itself, on Titanium.

Seeing the human body as a machine, the album’s second single, Elektro Kardiogramm, continued to look at health and fitness by building a beat around Ralf Hütter’s pulse. “We took medical tests I did over a couple of years, heartbeat recordings, pulse frequencies, lung volume tests, and used those tests on the album,” Hütter said. “It’s percussive and dynamic. We never feel there’s nowhere left for us to go.” Released in October 2003, the song brilliantly reflects a cyclist’s commitment to reaching the peak physical performance necessary to complete the Tour De France’s various stages.

Given Kraftwerk’s role as sonic innovators who paved the way for dance music – particularly the rise of genres such as house and trance – it’s perhaps unsurprising that Tour De France Soundtracks shares much in common with contemporary EDM. Unlike most nightclub DJs, however, Kraftwerk saw an artistic opportunity to use the mesmeric quality of those styles of music to mirror the flow state of cyclists on the move. “The Tour is like life: a form of trance,” Hütter said. “Trance always belongs to repetition, and everybody is looking for trance in life… in sex, in the emotional, in pleasure, in anything… so the machines produce an absolutely perfect trance.”

Tour De France Soundtracks’ third single, Aerodynamik, was released in March 2004. A shimmering five-minute minimal techno song about battling headwinds, it peaked at No.33 in the UK, its synth blips, pulsing rhythms and bubbling vocoder vocal offering a reminder of the divine synchronicity between man and machine, cyclist and bicycle. “Cycling is the man-machine,” Ralf Hütter once said, explaining elsewhere: “It’s me, the man machine on the bicycle.” With this in mind, it’s clear that Tour De France Soundtracks fits perfectly among Kraftwerk’s work, chiming with their commitment to opening our eyes to how humanity can be enhanced by technology.

Another of Tour De France Soundtracks’ notable moments, La Forme – later to be remixed by Hot Chip in 2007 – can also be seen through this prism. One of the best Kraftwerk songs, it praises physical fitness and celebrates the fusion of a cyclist’s muscle movement with the mechanics of cycling itself. “When we worked on this album,” Hütter explained, “we tried to incorporate the idea of very smooth, rolling, gliding.” As a whole, Tour De France Soundtracks is best seen as a breezy soundscape that perfectly captures the process of cycling through challenging terrains better than any TV sports commentator can express. “Watch a ride through the mountains, switch off the sound and play our CD: you will be amazed,” Hütter said.

To this day, Tour De France Soundtracks is the last album of new studio material released by Kraftwerk. Not only did it peak at No.1 in Germany – the group’s highest chart placement in their homeland – but it also made an impression in the UK, reaching No.21 and proving that Kraftwerk’s decades-long standing as the godfathers of electro-pop was beyond doubt. Finding the group as forward-thinking as ever, Tour De France Soundtracks released the breaks and gifted us with yet another tour de force.

“We are still here,” Ralf Hütter said a year later, when asked what he was most proud of. “And we are still moving forward.”