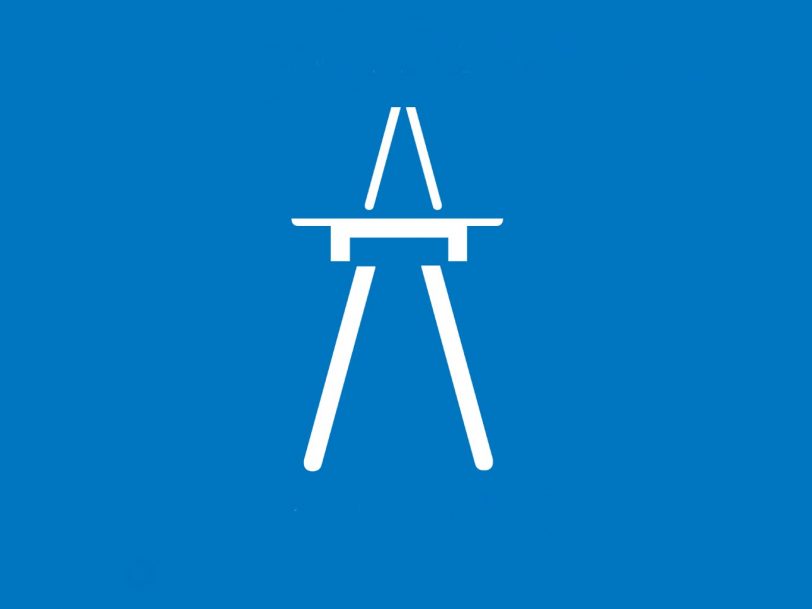 ‘Autobahn’: How Kraftwerk Created A Road Map To The Future

A milestone in the development of electronic music, Kraftwerk’s ‘Autobahn’ album is a full-throttle journey through modern Germany.

With the thrust of its fizzling electrified beats and the potent fumes of its layered synthesisers, there wasn’t anything else quite like Kraftwerk’s Autobahn album when it was released in the autumn of 1974. Unconventional and forward-thinking, the German pioneers behind it set their sights on completely retooling pop music, replacing traditional instrumentation with new member Wolfgang Flür’s customised electronic percussion pads and co-founders Ralf Hütter and Florian Schneider’s whole-hearted embrace of ARP Odyssey Mk I soundscapes.

A truly visionary work of art, Autobahn was a conceptual tone poem to Germany’s iconic motorway network, painting a vivid sonic picture of a road trip from Düsseldorf to Hamburg. Recorded in Kraftwerk’s Kling Klang studio and steered by sound engineer Konrad “Conny” Plank, the album mapped out a vision for a nation looking to move beyond its post-war past, and it charted the course for the rise of electronic music across the world.

“It’s not a Beach Boys record, it’s a Kraftwerk record”

For a country that prided itself on the creation of the Volkswagen and the BMW, Germany’s love of cars was deep-rooted. Hütter recalled that his VW Beetle was just as expensive as his Minimoog synth at the time. “I had to have that synthesiser, and I wanted that Volkswagen – both meant freedom to me,” he said. With both inspirations at the forefront of his mind, Autobahn began life as a synth experiment to conjure the feeling of driving through his homeland.

In music, this sentiment was nothing particularly new – ten years before, The Beach Boys had built their careers on celebrating road-tripping through the US in their T-Bird. In fact, the vocal hook on Autobahn’s opening title track was mistakenly thought to reference the Californian group’s 1964 surf hit Fun, Fun, Fun, but closer listening reveals it is in fact sung in German (“Wir fahren fahren fahren auf der Autobahn”). “It’s not a Beach Boys record,” Hütter later said, “it’s a Kraftwerk record.” What the song did do, however, is capture a uniquely European experience in a way no one had ever heard before.

From the slamming of a car door to the comical toot of its horn, Kraftwerk’s seminal song takes us on a scenic drive through the industrial Ruhr valley, with Hütter and Schneider using grinding synthesiser sounds to evoke the Rhineland mining industries. As we clock up more miles, Schneider’s wistful flute-playing takes in the sights of the Münsterland countryside, which is imbued with a melodic and pastoral ambience. By chiefly using electronic instruments to capture the geography of 70s Germany, the 22-minute song broke new ground and changed music forever.

From its vocoderised introduction to the bucolic amble through Morgenspraziergang, Kraftwerk’s musical vision took us on an electronic voyage in sound. The album’s original artwork, designed by Emil Schult, perfectly conveyed the idyllic concept behind Autobahn: against a light-blue sky illuminated with the sun’s rays, the vibrant painting depicts an unblemished concrete road stretching ahead, with a black Mercedes and a grey VW Beetle visible in the distance.

In the UK, however, the vinyl cover was different, featuring a large Bundesautobahn-inspired logo with a Mariner Blue background (this design became the album’s official artwork in 2009, when Kraftwerk remastered their back catalogue). The appropriation of a traffic symbol was an inspiration to Factory Records designer Peter Saville. “The Autobahn sign had a markedly profound and enlightening influence upon me,” Saville said. “The rapid transition through notions of Europe – that was what the sign evoked.” Most notably, Autobahn’s alternate cover says a great deal about Kraftwerk’s futurist philosophy and chimes musically with their desire to extol a progressive notion of Germany’s national identity.

“We feel that our music is a continuation of the early futurism,” Hütter explained. Schneider shared this view, saying, “It’s a whole philosophy of life which comes from electronics.” When paired with an idealised concept about driving along a motorway, the minimalist artwork helped visually distil the forward momentum of Kraftwerk’s electronic sound to its very essence. It’s every bit as iconic as the rainbow prism Pink Floyd used for The Dark Side Of The Moon, and, dare we say it, Autobahn’s experimentalism was just as ambitious as that album’s – as on the synth-laced jounce of Kometenmelodie 2.

“In our society, everything is in motion. Music is a flowing art form”

For such an experimental record, Autobahn’s commercial impact was surprisingly immediate. Released on 1 November 1974, the album entered the UK chart at No.4, and a shortened version of its title track was released as a single in the US, where it peaked at No.25. In the manner of a lengthy prog opus, Autobahn struck a chord with rock audiences despite being markedly different in style, inspiring awe among listeners for its exhaustive exploration of conceptual soundscapes and avant-garde synths.

With propulsive Moog basslines and Wolfgang Flür’s electronic beats as tight as coil springs, Autobahn’s rhythmic motion was drifting and fluid, expertly engineered to convey the band’s attitude to progress and modernity. “In our society, everything is in motion,” Hütter said. “Music is a flowing art form.” Without a doubt, Kraftwerk were pivotal in helping lay the foundations for a wholly new musical approach almost completely detached from the guitar-wielding antics of the rock’n’rollers that had come before.

As the first commercially successful pop album to harness the use of mostly electronic instrumentation, Autobahn influenced a wave of synth-pop and punk-inspired acolytes keen to push popular music into new sonic territory. It’s easy to see how Kometenmelodie 1 inspired David Bowie’s experiments with ambient music on the “Low“ and “Heroes” albums, while the industrial meandering of Mitternacht is nightmarish post-punk à la Joy Division, years ahead of its time.

Without Kraftwerk’s innovations, it’s highly unlikely that genres such as house music and techno would ever have evolved at the speed they did. To this day, the band’s use of motorik grooves on Autobahn remains revelatory, offering a tantalising glimpse into how synthesisers were destined to open up new musical horizons for artists to explore in the following decades. In being the first to recognise this, it goes without saying that Kraftwerk created a road map to the future. It’s one we’re still following today.