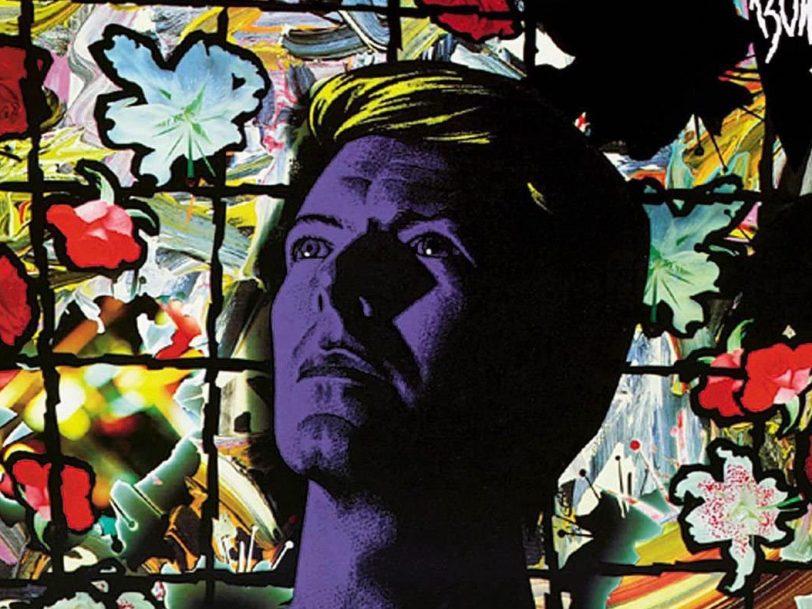 A classy collection of accomplished pop, David Bowie’s ‘Tonight’ album deserves to step out from the shadows.

At least in the commercial sense, the success of David Bowie’s 16th studio album, Tonight, was pretty much a fait accompli. Arriving in the autumn of 1984, just nine months after the completion of his enormous Serious Moonlight world tour, the record shot to No.1 and basked in Bowie’s reputation as a global superstar – and yet history often finds it sitting in the shadow of its illustrious predecessor, 1983’s Let’s Dance.

“They were quite raunchy songs”

In retrospect, it’s reasonable to think of Tonight as a victim of circumstance. The Nile Rodgers-produced Let’s Dance didn’t just conquer the charts globally; critics universally hailed it as the very epitome of cutting-edge pop in 1983. Accordingly, Bowie’s next release was going to come under intense scrutiny.

Consequently, Bowie was under pressure to deliver the goods – and fast. EMI were keen to capitalise on the Serious Moonlight tour, for which Bowie sold out all 96 performances in 15 countries, and they wanted him to head back into the studio straight away. It was hardly the ideal premise for creativity, not least because Bowie rarely wrote songs while on tour. As the sessions started, he had two highly promising new tunes in the works – Blue Jean and Loving The Alien – though several other tracks were only partially prepared.

“They were really just jams,” engineer Hugh Padgham recalled in an interview with Musician magazine in December 1984. “David had some riffs on a tape, in his head, and the band would jam on them, and we’d make a bit of a song out of it. But they were quite raunchy songs. I couldn’t tell you why he didn’t put them on the album, but I would have loved to have finished them.”

“It’s really got the band sound that I wanted”

Bowie decamped to Le Studio, in the mountains near Morin-Heights, Québec, to record Tonight. His band included longtime guitarist/bandleader Carlos Alomar along with several stalwarts from the Let’s Dance sessions, including bassist Carmine Rojas and drummer Omar Hakim. Surprisingly, however, Bowie decided not to recall Nile Rodgers to produce. Instead, Hugh Padgham (who had mixed The Police’s Synchronicity at the same recording facility) manned the console alongside a new face, former Heatwave bassist Derek Bramble, who had previously worked with ex-Linx soul singer David Grant.

Speaking to Soulinterviews.com in 2012, Bramble was still incredulous at receiving the call. “He’d just done Let’s Dance with Nile, but he was looking for a young, hip producer. My name came up and he came searching for me and asked if I wanted to produce his record. I said ‘Yes’ and that was it. I thought my manager was playing a trick on me, but Bowie really did want me to do it. I went and, as they say, the rest is history.”

At least partly out of practicality, Bowie encouraged a collaborative approach for Tonight. The rubbery funk of Tumble And Twirl and the agreeably bellicose Dancing With The Big Boys were both co-written with close friend Iggy Pop, while the tracklist also included an eclectic bunch of covers. Among these were several songs previously recorded by Iggy, including Neighbourhood Threat, Don’t Look Down and the album’s title track. Bowie and his team gave the latter a reggae-flavoured makeover, and he recorded it as a duet with Tina Turner. Bowie had recently instilled Turner’s career with renewed impetus, as he helped convince Capitol Records to re-sign her for her wildly successful Private Dancer album, and Turner willingly returned the favour, putting in an emotive performance for the song.

Tonight became one of the album’s three singles, along with the alluring Blue Jean and the bona fide classic Loving The Alien. Instilled with the otherworldly grace inherent in the best David Bowie songs, Loving The Alien exuded what the BBC’s Chris Jones described as “a strange, distant beauty… like watching a ballet through a telescope”, and Hugh Padgham recalled that the song brought out the very best in Bowie the vocalist.

“David had the most amazing voice and recording technique,” he told Bowie biographer Christopher Sandford. “I had never worked with anyone who was able to sing a perfect vocal in just one or two takes at the most. He was a true, true professional.”

“A dizzying variety of mood and technique”

Released on 24 September 1984, in a sleeve whose homage to British performance-artists Gilbert & George stands as one of David Bowie’s most striking album covers – Tonight presented an agreeably accomplished set of modern, sophisticated pop songs and, with hindsight, it earns its place as a worthy successor to Let’s Dance. In the short term, it also achieved what EMI required: topping the UK charts, hitting the Top 20 of the Billboard 200 and yielding two hit singles courtesy of Blue Jean and Loving The Alien. It’s also worth recalling that the promotional push for the former included Julien Temple’s short film Jazzin’ For Blue Jean – a Grammy Award-winner for Best Video, Short Form in 1985.

Critics, too, were kinder to the record than memory might suggest. Though Tonight had its detractors, the NME praised its “dizzying variety of mood and technique”, and Billboard suggested “the once and future [Bowie] takes yet another turn, saving more edgy, passionate dance-rock for the second side while throwing the spotlight on surprisingly restrained ballads and midtempo rockers”. Retrospective reviews have also improved Tonight’s standing, with The New Statesman’s 2006 reappraisal bullishly stating, “No album that begins with the seven-minute masterpiece Loving The Alien and contains the rocking Blue Jean should have received the drubbing it got.”

“I think this album gave me a chance, like Pin Ups did a few years ago, to do some covers I’ve always wanted to do,” Bowie told the NME at the time.

“What I suppose I really wanted to do was work with Iggy again, and that’s something I’ve not done for a long time,” he furthered. “I’ve got to a point on that I really wanted to get to, where it’s really an organic sound, and it’s mainly saxophones. I think there’s only two lead guitar solos on it. No synthesisers to speak of… It’s really got the band sound that I wanted.”