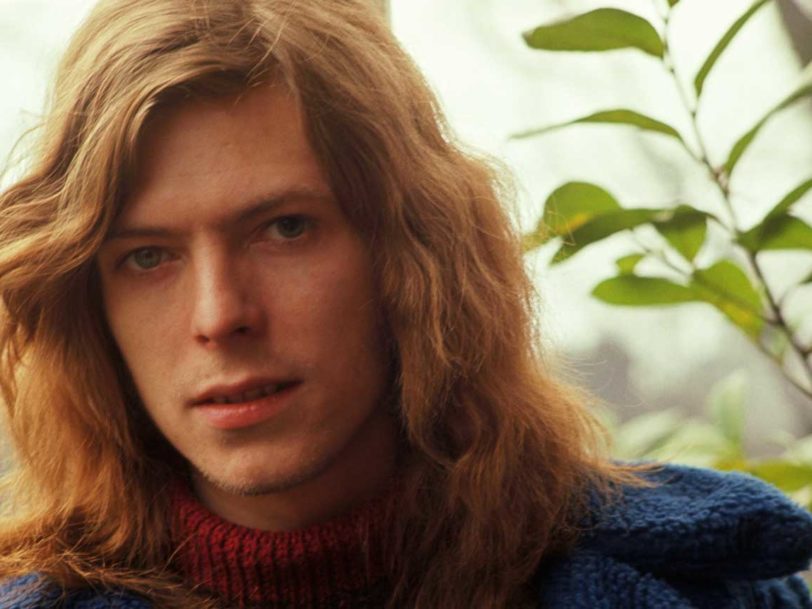 The Man Who Sold The World: Behind David Bowie’s Richly Rewarding Album

Laying “the blueprint” for the rest of David Bowie’s career, ‘The Man Who Sold The World’ is an often overlooked treasure.

Based purely on statistics, it’s all too easy to overlook David Bowie’s third album, The Man Who Sold The World. Issued in the US on 4 November 1970 and following in the UK on 10 April 1971, without the support of a hit single, it took until 1972 to make an impact, after Bowie broke through with the seismic The Rise And Fall Of Ziggy Stardust And The Spiders From Mars.

Yet The Man Who Sold The World is actually one of Bowie’s most pivotal releases. A dark, aggressive-sounding record, it effectively blueprinted the swaggering, messianic rock’n’roll with which he struck gold circa Ziggy Stardust. While its commercial performance was modest, the album’s contents showed that Bowie was definitely on the right track.

“The Man Who Sold The World is the better album”

“I think the most creative of the early stuff was probably The Man Who Sold The World,” Bowie reflected in a 2000 interview, posthumously published by Mojo in September 2020.

“I really like that album a lot. It’s got some interesting musical ideas apart from anything else. There’s an interesting use of synthesisers and odd instruments like recorders. I think the structures of the songs are interesting as well. Ziggy Stardust had a far more direct approach to it, but to satisfy me as a musician, The Man Who Sold The World is probably the better album.”

Bowie had enjoyed his first taste of mass success on the cusp of the 70s when his singular, Stanley Kubrick-inspired Space Oddity climbed to No.5 on the UK chart in the autumn of 1969 and won an Ivor Novello Award. However, after his second album, David Bowie (aka Space Oddity) and follow-up single, The Prettiest Star, both failed to make the charts, Bowie decided on a fresh approach, forming a new band – briefly called The Hype – with bassist/producer Tony Visconti and drummer John Cambridge, both of whom had been integral to David Bowie.

Cambridge, however, returned to his native Yorkshire a few months later, but not before he introduced Bowie to another Hull native, guitarist and arranger Mick Ronson. Soon to play a key role in developing Bowie’s career, Ronson also filled Cambridge’s vacant drum stool by recruiting Mick “Woody” Woodmansey, with whom he’d played in Hull rock outfit The Rats. Before relocating to London, the drummer had heard David Bowie’s name, not his music, but he was immediately struck by the rising star’s raw talent.

“This guys’ confident, he knows what he’s doing”

“You could hear he was really on the ball,” Woodmansey told The A.V. Club in 2016. “As a frontman, even sitting in his lounge when he was playing the songs, you went, ‘This guy’s confident, he knows what he’s doing, he knows how to put a song across,’ and you get it.”

The lounge Woodmansey referred to was Bowie’s living room in Haddon Hall, the large mansion house he moved into in Beckenham, just outside London, in late 1969. Bowie and his new wife, Angie, took possession of the ground floor of the premises and, during the early months of 1970, it became Bowie’s HQ. Ronson and Visconti built a makeshift studio under the grand staircase and the band worked up most of the songs for The Man Who Sold The World there before the album was recorded across April and May 1970 at two London studios, Advision and Trident.

In stark contrast to the folk-flavoured, singer-songwriter fare dominating David Bowie, The Man Who Sold The World was very much a rock record, albeit one with numerous quirks. With The Rats, Ronson and Woodmansey had played both covers and original music owing a debt to hard rock acts such as Jimi Hendrix and Cream, and they brought their firepower to bear on tracks such as the Led Zeppelin-esque She Shook Me Cold, the churning Black Country Rock and the eight-minute The Width Of A Circle, an epic song driven by Ronson’s slashing riffs and feedback-riven solos.

Elsewhere, Bowie and his new team’s desire to stretch sonically encouraged them to embroider tracks such as as All The Madmen and the quixotic, shape-shifting After All with Moog synthesisers, recorders and assorted electronica. Lyrically, too, Bowie repeatedly broke new ground, with the fascinating Saviour Machine exploring the (now highly prescient) idea of technology overtaking the human race. Elsewhere, the brooding album closer, The Supermen, delved into nihilism and the beliefs of lauded German philosopher Friedrich Nietzsche. Closer to home, the chilling All The Madmen was inspired by Bowie’s half-brother Terry Burns’ mental-health issues and reflected upon institutional madness.

“I’ve rarely played anything as ambitious”

Despite the quality of its material, The Man Who Sold The World didn’t contain a standalone hit, though its hauntingly evocative title track granted Scottish singer Lulu a UK Top 5 in 1974, with her version of the song produced by Bowie and Ronson. In 1993, Nirvana also famously performed The Man Who Sold The World for their much-acclaimed MTV Unplugged TV special, introducing the song to a whole new generation of fans in the process.

As a play on the title of Fritz Lang’s 1927 film, Metropolis, Bowie had intended to issue the album as Metrobolist (the title has been reinstated for the record’s 50th-anniversary reissue), but his US label, Mercury, changed it at the last minute. Artist Michael J Weller’s original illustrated sleeve has also been exhumed from the vaults, though most long-term fans associate the record with the UK artwork featuring Keith MacMillan’s shot of Bowie reclining in the infamous “man’s dress” designed by Michael Fish.

“The blueprint for David’s career”

Though initially a cult-level success, The Man Who Sold The World garnered plenty of positive press (Rolling Stone proclaimed it to be “uniformly excellent”) and has only grown in stature since. Indeed, it’s now widely regarded as David Bowie’s first consistently coherent album – the first in a consecutive run of epochal releases stretching to 1983’s Let’s Dance.

“The Man Who Sold The World became the blueprint for the rest of David’s career,” Tony Visconti told The Guardian in 2014. “Virtually everything he’s done since, you can trace back to something on that album. I’ve rarely played anything as ambitious and demanding as the music on that great batch of songs conceived by David Bowie.”

Metrobolist is out on 6 November and can be bought here