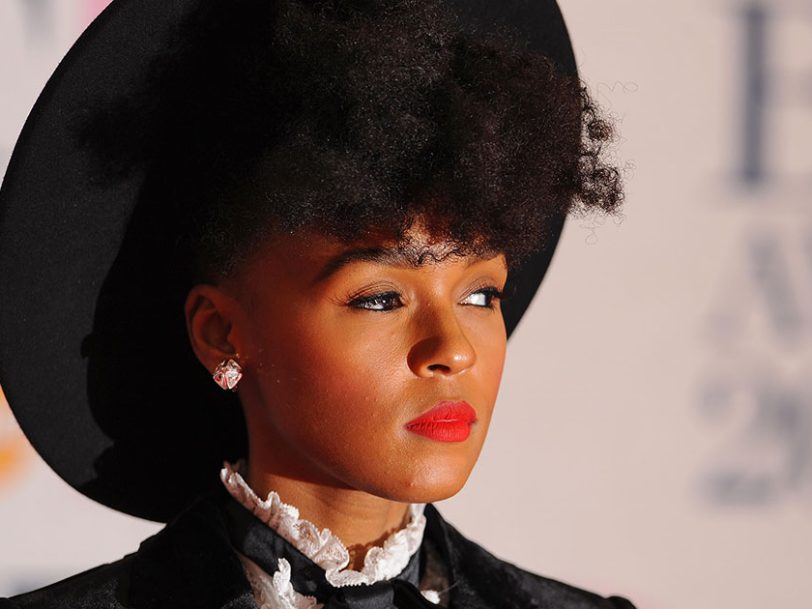 “I’m a Black queer woman from the middle of America,” Janelle Monáe said in 2020. “I bring that with me everywhere I go. I wear it proudly.” On 2013’s The Electric Lady, Monáe’s Blackness, queerness, gender and cultural upbringing came together to create one of the 21st century’s strongest artistic statements on modern identity. As she sings on ‘Q.U.E.E.N.’: “They call us dirty ’cause we break all your rules down.”

Listen to ‘The Electric Lady’ here.

A motherboard of ideas to luxuriate in

The Electric Lady is parts four and five of the “Metropolis Saga”, set in the dizzying, far-future mythical world of fictional android Cindi Mayweather. Mayweather’s story first came to the world’s notice in 2007, with Monáe’s debut EP, Metropolis: Suite I (The Chase); but two much earlier songs, Cindi and Metropolis, date from 2003 and Monáe’s self-released, self-distributed CD The Audition. On these very earliest tracks, Monáe traces out some of the ideas that she would build on across the Metropolis EP, her breakthrough 2010 album, The ArchAndroid, The Electric Lady and beyond – to 2018’s Dirty Computer and her 2022 fiction collection, The Memory Librarian.

At the beginning of the saga, Mayweather is an Alpha Platinum 9000 android living in Metropolis and forbidden to love a human – a code she breaks. When her transgression is unveiled, she is “scheduled for immediate disassembly”. From there on in, Mayweather’s stories are rarely linear – instead, throughout the multi-part suite, Monáe explores ideas of race, transgression, revolution, conformity and free will in a highly-structured world.

Released on 6 September 2013, The Electric Lady marks a stage of growth in the tale. It was at this point where Monáe decided to expand her original plans, from four to seven suites, and encompass Mayweather’s prehistory as well (Monáe has suggested that The Electric Lady is a prequel to her original Metropolis EP). Time travel makes some sense out of her character’s disorientating world, but there is little point looking for rigid narrative conformity. Instead, it’s easier to appreciate Monáe’s visions as a motherboard of ideas to luxuriate in.

The Electric Lady is not only split into two suites, but also into four sections, which are punctuated by radio broadcasts. These interludes often highlight society’s intolerance towards androids (“Robot love is QUEER!” one talk-radio caller asserts on the Our Favourite Fugitive interlude). “Cindi is an android and I love speaking about the android because they are the new ‘other’,” Monáe said in 2010. “People are afraid of the other.” Her ideas are partly influenced by Afrofuturism, a Black-created, multi-faceted genre that incorporates literature, art, film and the music of pioneers such as Herbie Hancock, Sun Ra and George Clinton – alongside other science fiction, such as Fritz Lang’s 1927 movie, Metropolis, which gives Mayweather’s chronicle its name. Yet, for all its techno-imaginings, Monáe’s music is organic, too – its metallic veneer is (intentionally) easily rubbed away.

Indicative of the patience and craft Monáe has always valued, The Electric Lady came three years after The ArchAndroid. “I had time to say no to things that didn’t work for me,” she has explained, reflecting on her gestation as an independent artist. “I had time to find myself, to prepare myself for some of the obstacles that would come my way.” She resisted the pressure to provide a “big single” and, in this, she has much in common with Kate Bush. Ideas as complex as Monáe’s originate from self-reflection and a greedy feasting on intellectual ideas, two processes which cannot be rushed. “I came up with the title in therapy, actually,” Monáe reportedly told friends about The Electric Lady, highlighting her own awareness of the link between headspace and product.

Conceptual yet personal all at once

What’s so very unusual about Monáe is that, despite the political and cerebral intent of her work, the infectiousness of the songs – never more so than on The Electric Lady – is uncompromised. Take the album’s unstoppable second single, Dance Apocalyptic. A riot of hip-hop and girl-group stomp, it’s about the freeing power of body rhythm, particularly the beauty of women together finding a place outside expectations within their dance moves. Wanting the medium to be the message, Monáe had to make sure that people would really “dance until the end” when they heard it: she tested the song in Atlanta’s strip clubs.

Because The Electric Lady is conceptual, that doesn’t mean it’s not personal. Ghetto Woman is almost Tracy Chapman-esque in tone, if not sound: it relates to Monáe’s working-class roots, and pays homage to those like her mother, whom Monáe worked alongside as a maid. “Carry on, ghetto woman/I see you working night to morning light yet no one cares,” Monáe sings. “Carry on, ghetto woman/Even when the news portrays you less than you could be.” It’s interesting that Monáe has referred to her own image – the tuxedo, the quiff, the stark contrasting colours – as a uniform, in solidarity with those “ghetto women” who put on their own uniforms day in, day out.

‘Q.U.E.E.N.’ (an acronym for Queer, Untouchables, Emigrants, Excommunicated and Negroid – and apparently recorded with a working title of ‘Q.U.E.E.R.’) features Erykah Badu, and is one of the best LGBTQ+ pride songs of recent years. Monáe’s pansexuality infuses its whole aura, with beautiful expressions of desire such as “Say, is it weird to like the way she wears her tights?” Female solidarity, transgender identity and lesbian gaze can all be read in its lyrics, and all at once.

As outré as modern mainstream music gets

Monáe’s polymorphous sexuality (as well as her electro-funk groove) has a clear forbear in Prince, who is a guest on the album. Givin’ Em What They Love, the first track after the opening overture, is a collaboration between equals rather than the Purple One blessing Monáe with his approval. In fact, Prince had been a fan of Monáe since the Metropolis EP – after her first show in Los Angeles, he waited for her outside the venue to ensure he could speak with her.

Janelle Monáe’s albums are about as outré as modern mainstream music gets in terms of ideas. She refuses to be pigeonholed as an R&B artist, as a pop star, or even as an avant-garde provocateur. Her groundbreaking music and intellectual gravitas encompass all of these, stretching across disciplines, eras and sounds – and she knows it. She was once asked how old she was.

Looking for more? Discover the pioneering LGBTQ musicians you need to know.