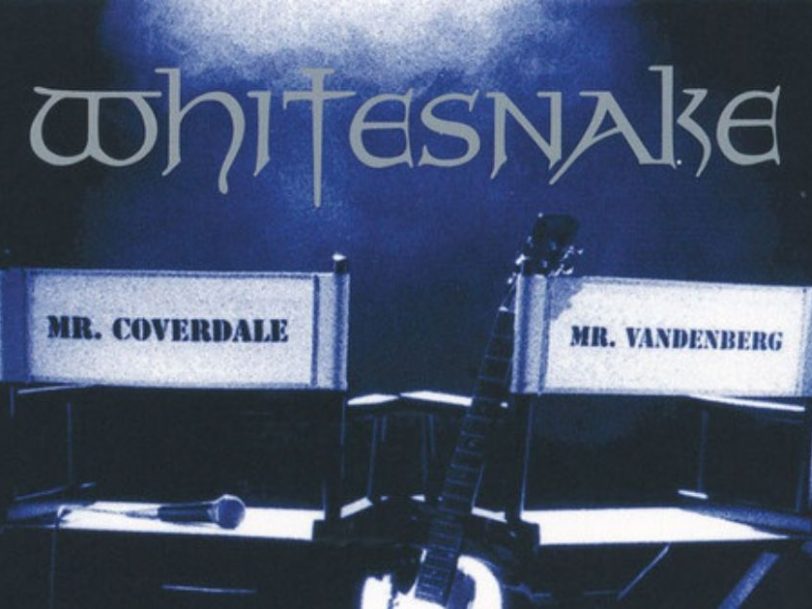 ‘Starkers In Tokyo’: How Whitesnake Bared All Live In The 90s

De-amplified, but not de-fanged, Whitesnake’s ‘Unplugged’-style ‘Starkers In Tokyo’ album still has plenty of bite.

By frontman David Coverdale’s own admission, Whitesnake are best known for their “drum-driven, electric guitar-fuelled, chest-beating Tarzan vocal approach” to stadium-sized rock music, so the idea of them releasing an intimate, all-acoustic set such as 1997’s Starkers In Tokyo might seem unlikely.

Listen to ‘Starkers In Tokyo’ on ‘Whitesnake Unzipped’, here.

With hindsight, though, it was probably inevitable the band would attempt a record like this at a time when acoustic albums were in vogue. After it first appeared in 1989, the self-explanatory MTV Unplugged series had encouraged musicians of all persuasions to de-amplify their sound and rearrange their catalogues for the TV cameras, often with impressive results. During the show’s 90s heyday, acts as disparate as Eric Clapton, Neil Young and Nirvana released acclaimed, platinum-selling spin-off albums of their performances, so was it really so outlandish to think Whitesnake could pull off a similar coup?

The band were certainly intrigued by the prospect, even though it meant (temporarily) shrinking to a duo of just Coverdale and guitarist Adrian Vandenberg – and for the two men to operate outside the boundaries of their usual comfort zones.

“As writers, both Adrian and I feel that if a song is any good, then you should be able to perform it in any style”, Coverdale reasoned prior to the album’s recording. “So we look upon this as a challenge because, while we write most of our music on acoustic guitars, it’s always with a vision of transferring it to big electric guitars and drums, so this is a way to pull the songs back to a very natural foundation.”

Recorded live on 5 July 1997, Starkers In Tokyo followed the MTV Unplugged format of a stripped-down performance in front of a small but highly enthusiastic audience of devotees at Japan’s EMI Studios. However, it wasn’t captured for MTV but for a home video release in Japan, in support of the band’s then recent studio album, Restless Heart.

With this in mind, the Starkers In Tokyo set took in measured versions of two of that album’s key tracks, Too Many Tears and Don’t Fade Away. However, it also presented a carefully-curated selection of the best Whitesnake songs, along with one very pleasant surprise – an emotional reading of Solider Of Fortune, dating back to Coverdale’s reputation-building spell with Deep Purple during the mid-70s.

Revisiting Starkers In Tokyo now, what seems especially striking is the fact that Whitesnake’s most anthemic songs, such as Give Me All Your Love and the indefatigable Here I Go Again, still stand up so well, despite their radical new arrangements. At the time of the album’s release, David Coverdale cited Adrian Vanderberg’s fluid playing as the key to record’s success (“I’m very lucky with Adrian being such a versatile musician”), yet while the Dutchman’s input was crucial, Coverdale’s vocal prowess was ultimately the decisive factor.

“This is me at my most unguarded”

“The Brit is rightfully seen as one of the great voices of hard rock, and on this – a solo showcase in all but name – he shows exactly why he deserves that epithet,” Sputnik Music wrote in a 2018 retrospective. “Without the encumbering of a full (loud) band behind him, the gentlemanly frontman gives a veritable tour de force performance, launching into each song with as much gusto as he would had he been backed up by a wall of amps.”

Initially a Japan-only collection, Starkers In Tokyo became a much-sought Whitesnake rarity following its release, on 9 September 1997. However, fans enjoyed easier access to it after it was released worldwide on CD in June 1998, and it was again reprised in 2018 when it was included as part of the group’s lavish Unzipped: Acoustic Adventures box set. Indeed, while it may have been rather more low-key than mainstream Whitesnake classics such as Saints & Sinners and Slip Of The Tongue, Starkers In Tokyo is held in high esteem – not least by David Coverdale himself..

“Though reluctant at first to go ‘unzipped’ in public, the shows I did with Adrian Vandenberg in 1997… were incredibly memorable. Primarily because it gave me the opportunity to be ‘at one’ with the crowd,” the singer reflected on Whitesnake.com in 2018.

“These songs are some of the most personal I’ve been involved with… as a professional musician, singer and composer… This is me at my most unguarded.”