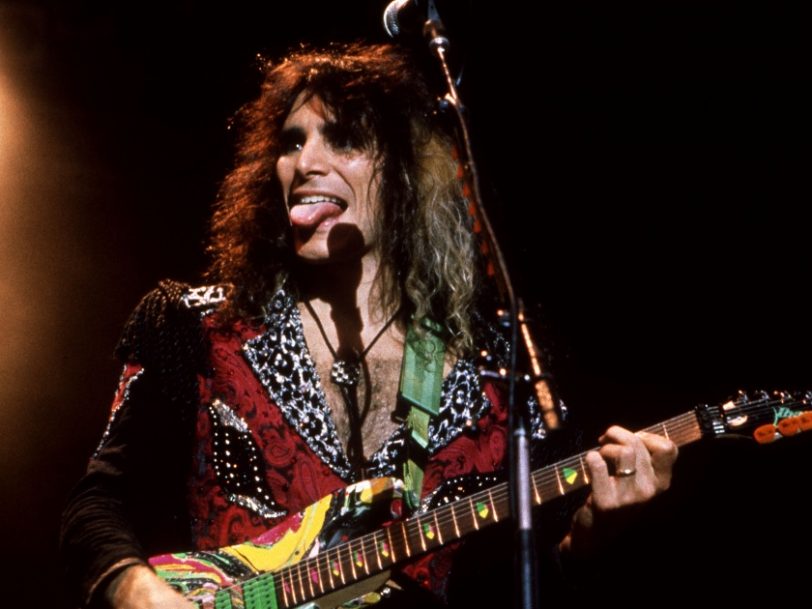 ‘Restless Heart’: Why This Whitesnake Album Still Gets Blood Pumping

Not only is Whitesnake’s ninth album, Restless Heart, arguably the most unsung release in their canon, but its inherent quality is all the more remarkable when you consider that it nearly didn’t get made at all.

Eight long years had elapsed between the enduring hard-rock outfit’s previous release, 1989’s Slip Of The Tongue, and Restless Heart’s arrival, in the spring of 1997, but then frontman David Coverdale was unsure about his band’s continued existence in the 90s.

“It got louder and louder, and so did I”

Even as the group embarked on the extensive Liquor & Poker World Tour in support of Slip Of The Tongue, their singer began to wonder if Whitesnake’s days were numbered. He was especially uncomfortable about his band being lumped in with the likes of Poison and Warrant – just two of many big-haired metal outfits who were so prevalent on the scene on the cusp of the 90s.

“It got louder and louder, and so did I,” Coverdale recalled in an MTV interview in 2006, “to the point where I had to get dressed up like a ‘girly man’ and tease one’s questionable bangs or hair and it’s all becoming a bit… boring.”

The state of Coverdale’s private life also fuelled his desire for change. Having plied his trade since the mid-60s, the singer was tired of the rigours of touring and troubled by his separation (and, later, divorce) from his first wife, Tawny Kitaen. He honoured all the dates on the Liquor & Poker tour but, desperate for time out to take stock of his life, he effectively disbanded Whitesnake in the autumn of 1990.

“After doing extravagant albums, I wanted it to be a bit more organic”

As it turned out, the break proved beneficial, though Coverdale took a circuitous route back to Whitesnake. He initially resurfaced in tandem with ex-Led Zeppelin mainstay Jimmy Page, in 1993, with the high-profile collaboration album Coverdale • Page, which went Top 5 on both sides of the Atlantic. However, while the album was widely hailed, the project proved short-lived and, in 1994, Coverdale was again back at the helm with Whitesnake, touring the band’s self-explanatory Greatest Hits.

This well-received jaunt reunited Coverdale with guitarist Adrian Vandenberg, and the pair began writing songs for what would become Restless Heart. Coverdale later recalled the six-month process with fondness.

“I called Adrian, who’s one of my dearest friends, and a fantastic collaborator,” he told eonmusic in 2021. Further praising Vandenberg as a “great cook”, “a raconteur”, “a lovely man” and a “superb guitarist”, Coverdale asserted that he “couldn’t ask for a better songwriting partner. So we were near the end of this thing, after doing the extravagant albums like Slip Of The Tongue and Coverdale • Page, where I wanted it to be a bit more organic, strip it down a little bit.”

However, while singer and guitarist enjoyed writing this new batch of songs, Coverdale was convinced they would be used for a solo record, rather than a full-blown Whitesnake album.

“It was supposed to be a David Coverdale solo album, after I’d worked with Coverdale • Page,” he told eonmusic. “And the guys at EMI promoted the idea of this working under my own name, which I’ve got to say, I wasn’t all that enthusiastic about. I like being in a band, I like being in Whitesnake!”

When Coverdale convened the album sessions in Reno, Nevada, along with Vandenberg, bassist Guy Pratt, keyboardist Brett Tuggle and drummer Denny Carmassi, he still believed he was making a solo record. However, by the time Restless Heart was completed, EMI had a change of heart and decided it should be issued as a Whitesnake album.

Whatever name it appeared under, Restless Heart captured Coverdale in enviably fine vocal form, while his team played to their strengths. Ranging from strutting rockers (Crying, the Led Zeppelin-esque Woman Trouble Blues) through to widescreen anthems (Don’t Fade Away, the introspective, Stax-esque soul of Too Many Tears) and imperious, blues-tinged workouts such as All In The Name Of Love and Your Precious Love, Restless Heart expertly covered all bases – and it remains a consistently impressive listen today.

“There’s a bunch of stuff on there,” Coverdale said in 2021, revealing that the songs Take Me Back Again and Woman Trouble Blues were originally earmarked for a follow-up to Coverdale • Page. “I never had the opportunity to play them to Jimmy,” the singer noted. “But Adrian [Vandenberg] does us proud, and he helped me finish those songs, and some of my favourite solos of Adrian’s are on this record, particularly on those two and Your Precious Love.

Still feeling that the songs “were really strong”, Coverdale admitted that, if Restless Heart had been planned as a Whitesnake album from the off, he wouldn’t have used female backing singers, nor would he have recorded songs such as the cover of Lorraine Ellison’s R&B hit Stay With Me Baby or the album’s opening cut, Don’t Fade Away.

Released on 26 March 1997, Restless Heart went Top 40 in the UK and Top 10 in Europe, and the supporting tour again found the band on blistering form. Though a commercial slow-burner, the album has always remained popular among Whitesnake’s ardent fan base, and an excellent 2021 remix kick-started a wider reappraisal of the record, with Classic Rock noting that it benefitted from the new mix.

“This is very much a hybrid album of early Whitesnake going into the more electric style that I wanted to pursue,” Coverdale said at the time of the remix’s release. Noting that some of the songs could easily have been on the group’s 1978’s debut album, Trouble, or their 1980 breakthrough, Ready An’ Willing, he added, “There’s a thread of all my songs that continues through, regardless of the personalities that I work with; the necessary Whitesnake elements are blues, rock, soul, hooks and melody catches. I don’t want to just do 12-bar blues, I want stuff that you can not only identify with from your life’s experiences, but you can also sing the choruses.”