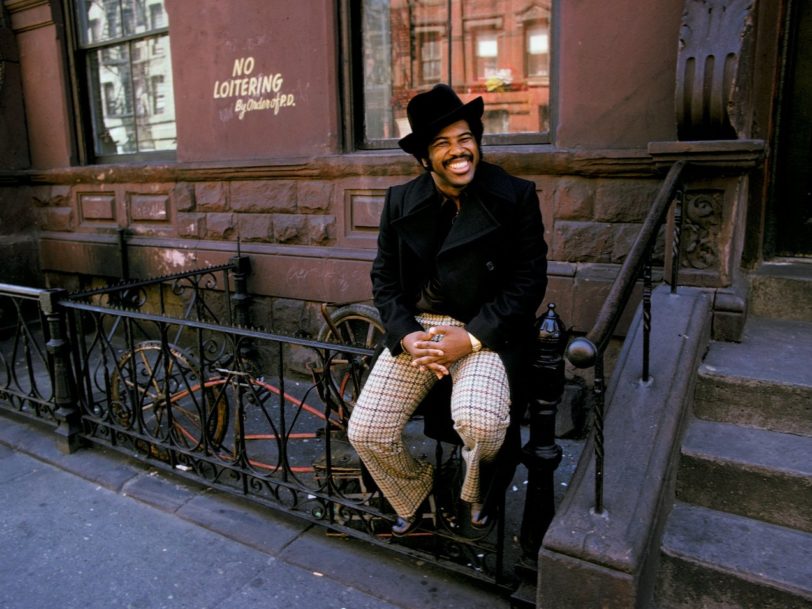 Described by Ben E King as ‘a love song, a friendship song’, Stand By Me has stood the test of time as one of the greatest R&B ballads.

One winter evening in 1960, singer Ben E King was at a crossroads in his life. He had quit his successful band, The Drifters, over a contractual dispute – he wasn’t receiving any royalties for their record sales – and was unable to decide between pursuing a solo career in music or working in his father’s Harlem restaurant. At home in his New York apartment and playing chords “with a cheap guitar”, King started fooling around with the melody to Charles Albert Tindley’s gospel hymn Stand By Me, updating the psalm-like song with new lyrics about his lover, Betty Nelson.

“I wasn’t trying to make a hit”

King, who was born Benjamin Earl Nelson in Henderson, North Carolina, in 1938, had married Davis in 1964, and both he and Betty stayed true to the words of his song. They were married for 51 years and stayed happily together until King’s death, on 30 April 2015, at the age of 76. “I wasn’t trying to make a hit,” King said in 2013; he simply wanted to pay homage to his wife’s steadfastness in a time of trouble.

King offered the song to his old band, but The Drifters’ manager proclaimed it “not a bad song, but we don’t need it”. King put the song to the back of his mind and concentrated on a new recording session with producers Jerry Leiber and Mike Stoller. After cutting a version of Spanish Harlem, Stoller said they had some studio time left over and asked if King had any more songs. King played Stand By Me on the piano for them. All three then worked on refining the words and melody for the recording. “Ben had a strong background in church music and that comes across. He’s a 50 per cent writer on the song, and Jerry and I are 25 per cent each,” said Stoller. “We used my bass pattern for a starting point and, later, we used it as the basis for the whole song.”

“We’d gone into overtime with an expensive orchestra”

Stand By Me opens with some bass, the faint ting of a triangle and the scrape of a guïro. Stoller’s memorable bassline, built around a 50s doo-wop chord progression, created a scintillating opening in which King’s heartfelt baritone singing brings out all the emotions of the words. The string arrangement, by Stanley Applebaum, is another key factor in the song’s appeal. According to King, however, producer Jerry Wexler was not a fan of the lush sound: “He hated it because we’d gone into overtime in the studio with an expensive orchestra,” King said.

The single was eventually released in America on 24 April 1961, on the ATKO label – a subsidiary of Atlantic Records – with a songwriting credit for “King-Glick”. In 2003, Stoller explained that mystery to The Wall Street Journal: “Jerry thought that three names would be too long on the label, so we created a joint pseudonym, Elmo Glick. Elmo was for blues slide-guitarist Elmore James and Glick was for Sammy Glick from Budd Schulberg’s novel What Makes Sammy Run? I helped Jerry make up the name. We thought it was funny.”

Stand By Me was a minor hit in the US and stayed in the UK charts for ten weeks in July and August 1961. Over the next 25 years, there were several notable cover versions of the song – including those by Otis Redding, for his debut album, Pain In My Heart, John Lennon, The Kingsmen and Ike And Tina Turner. Perhaps the strangest recording was by heavyweight boxing champion Muhammad Ali, who cut a passable version for his 1963 album, I Am The Greatest!

“I’m so proud it has stood the test of time”

The song gained a whole new audience of fans in 1986, when it was used as the centrepiece song of the Oscar-nominated coming-of-age film Stand By Me, based on Stephen King’s 1982 novella, The Body. “Director Rob Reiner was in his home relaxing, playing old records, and happened to put on Stand By Me, and stopped the record and called producer Norman Lear and said, ‘I think I’ve found the title for the movie,’” King later recalled. The popularity of the movie prompted the record company to reissue the single, and it was again a Top 10 hit in the US and around the globe – reaching No.1 in the UK.

Stand By Me has remained popular ever since. Tracy Chapman and Florence + The Machine subsequently released their own impressive 21st-century versions of the song. When Prince Harry and Meghan Markle wed in 2018, a stripped-back gospel version by The Kingdom Choir was performed at the ceremony.

The song has an undeniable appeal, and its powerful words – and King’s sweet tribute to Betty – are timeless and lyrical: “If the sky that we look upon/Should tumble and fall/Or the mountains should crumble to the sea/I won’t cry, I won’t cry/No, I won’t shed a tear/Just as long as you stand, stand by me.”

“It’s a love song, it’s a friendship song, it’s a song where you promise anybody in need to do anything you can to help,” King said a couple of years before his death. “I’m so proud it has stood the test of time.”