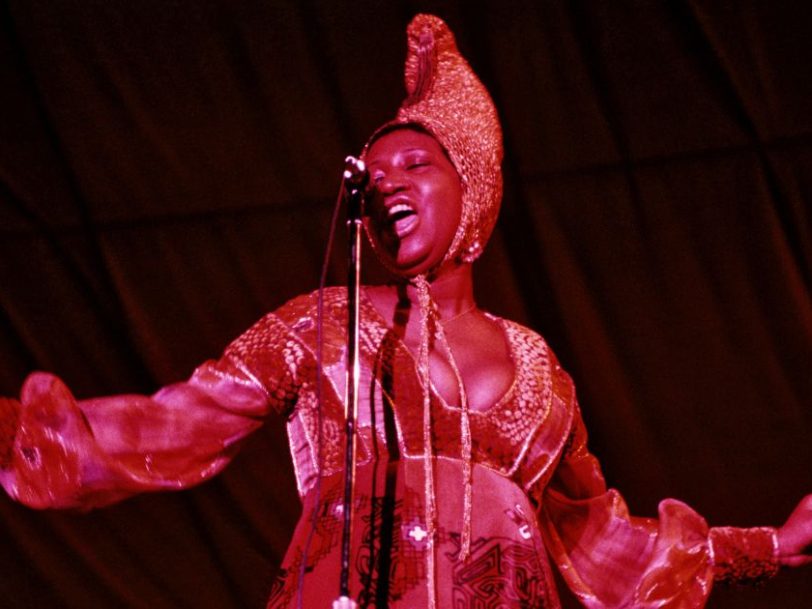 For the ‘Soul ’69’ album, Aretha Franklin recorded blues, jazz, pop and country songs, unifying them with the power of her own soulful vision.

In 1969, Aretha Franklin was the voice of soul music. Calling an album Soul ’69 seemed like the obvious thing to do, building on the phenomenal achievements of I Never Loved A Man The Way I Love You, Aretha Arrives (both released in 1967) and Lady Soul (1968). But the strange thing was, soul was not what Franklin and producer Jerry Wexler had in mind when they conceived the album…

The recording: “We decided to change the formula by putting me in front of a jazz band”

“Jerry Wexler and I decided to change up the formula by putting me in front of a jazz big band,” Franklin wrote in her 1999 autobiography, From These Roots. “That album became Soul ’69.” The singer and producer deliberately chose songs from an assortment of genres: blues, jazz, pop and country. It was perhaps for this reason that journalist Ritchie Yorke, who wrote Soul ’69’s original sleevenotes, claimed that the album moved Aretha Franklin “into new pastures, where fair comparisons can be made between today’s greatest female voice, and those that have gone before.”

The jazz band on Soul ’69 were serious-minded, revered and hardworking professionals. Wexler called upon heavyweights from the Count Basie Orchestra and the Miles Davis Quartet – big names included saxophonist King Curtis, guitarist Kenny Burrell and bassist Ron Carter. The ensemble was pulled together for eight-hour sessions and their sound is flawless. They gel effortlessly together, working seamlessly with Franklin. It’s years upon years of accumulated musical experience on one album.

The songs: “I’ve never been easy to categorise”

Those years of experience include Franklin’s own. Prior to her tenure at Atlantic Records she had released nine studio albums with Columbia Records, and while none were of the calibre of her Atlantic output, they were notably jazzier and bluesier. “I’ve never been easy to categorise, nor do I like being categorised,” Franklin has said of these Columbia years, “but I suppose you could say my early style was a combination of blues, gospel-based jazz, and rhythm and blues.” On Soul ’69 she immediately draws from this heritage: her first words on the album are “I have got the blues for the highway…”, on the song Ramblin’, which she sings in a gospel vocal style to the accompaniment of a strident yet sophisticated jazz sound.

Today I Sing The Blues, the second track on Soul ’69, had been cut by Franklin before. It was, in fact, the very first song she recorded with Columbia, in 1960. That Columbia version featured the pianist Ray Bryant, “a brilliant jazz pianist who had a church background” (in Franklin’s words), but, on the Soul ’69 version, Franklin accompanied herself on the piano. Franklin had grown in confidence and skill as pianist in the years between the two recordings, and Atlantic were far more open to utilising her piano skills than Columbia had been.

The biggest surprise: “I have always appreciated all kind of music, country included”

During Franklin’s time with Columbia, there was one label, Motown, that dominated the international soul market. Motown was famously based in Detroit, where Franklin grew up, and she kept her side-eye open to what they were doing. “Berry Gordy won my respect with his aggressive business acumen and nice-guy manner,” Franklin reflected in From These Roots. “I wished them well yet have never regretted going a different route. I’m not sure I would have adjusted or adapted to their style.” Franklin was wary of the production-line technique Gordy applied to his artists, and of his control over their lives, but she was nevertheless continually impressed by the material Motown released – much of which still ranks among the best soul songs ever recorded.

She was particularly taken by the writing of Smokey Robinson, and in 1964 she covered his composition My Guy (well-known in the version by Mary Wells), on her sixth Columbia album, Runnin’ Out Of Fools. Now Franklin returned to Robinson’s songbook, and on Soul ’69 she delivers a poignant take on his most famous work, The Tracks Of My Tears. It starts off in an almost folkish arrangement, before ramping up into a devastating crescendo.

But the song that surprised most people (including Jerry Wexler) was Gentle On My Mind, made famous by Glen Campbell. “I have always appreciated all kind of music, country included,” Franklin said of her decision to record the tune. “I love the uniqueness of the lyrics.” The song’s writer, John Hartford, claims to have been inspired by the love story in the movie Doctor Zhivago; Hartford’s wife also suspected that its lyrics, which painted marriage in a negative light compared to the promise of a roaming free love, was about her and Hartford’s own marital difficulties. Franklin’s chequered romantic history – teenage motherhood, marriage and divorce, plenty of liaisons – endeared Hartford’s words to her, and her spin on the track feels very personal.

The release: “Soul is here, and it’s never been so clear and convincing”

Soul ’69 was released at the very start of its namesake year, on 17 January. Sales-wise, it reached No.1 on Billboard’s R&B chart, but only managed No.15 on the general albums chart (her previous studio album, 1968’s Aretha Now, had climbed to No.3). But as time has gone on, the distinctiveness of Soul ’69 has shone.

“Soul has yet to be truthfully defined,” Ritchie Yorke wrote in those original Soul ’69 sleevenotes, “but I want you to know that it’s here, and it’s never been so clear and convincing.” Franklin herself thought the album was “a strong musical statement”. Its accomplishment, its eclecticism and its pure roaring emotion stand together, making Soul ’69 one of the Aretha Franklin albums that’s still the most difficult to define.

Find out the best Aretha Franklin songs of all time.