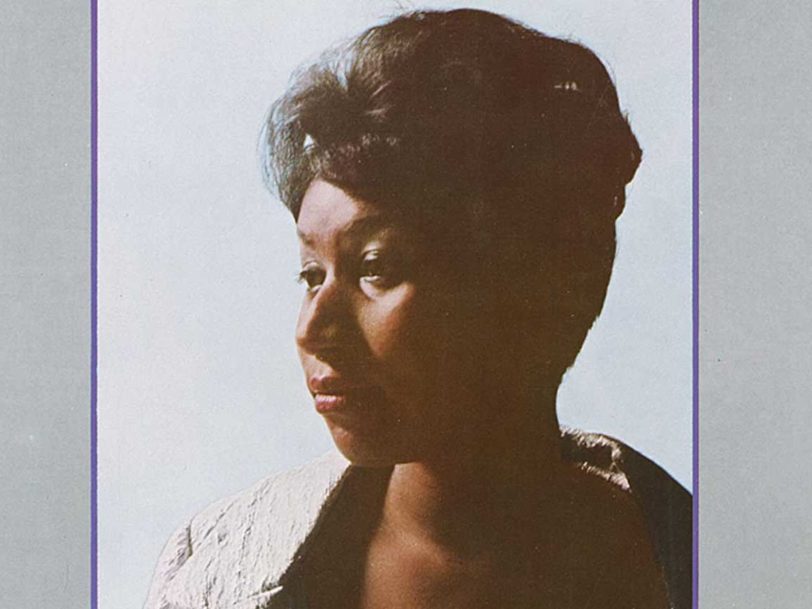 Aretha Arrives: How Aretha Franklin Proved She Could Go The Distance

‘Aretha Arrives’? She’d landed long before. But this album convinced fans they were in it for the long haul with her.

Aretha Arrives was a strange choice of title for Aretha Franklin’s third album of 1967. After all, it wasn’t even her first record the Atlantic label – that was its predecessor, I Never Loved A Man The Way I Love You, the album which truly suggested Franklin had “arrived”. Furthermore, it would be Aretha Arrives’ follow-up, Lady Soul, that really showed off her full capabilities. Sandwiched between two stone-cold classics, however, Aretha Arrives deserves revisiting. After all, Franklin could sing you an eviction notice, and you’d probably still have a tear in your eye.

The most impressive vocal tracks ever

Released on 4 August 1967, Aretha Arrives was Franklin’s 11th album to date – a formidable body of work which had been recorded in a mere seven years. It takes some people more time to get round to alphabetising their record collection than it took “The Queen Of Soul” to lay down some of the most impressive vocal tracks ever recorded. Mull that one over. And what’s more, follow-up albums are damn tricky to pull off. The “difficult second album” syndrome gets a lot of attention, but what about that difficult 11th album? Nowadays, if you can get to album four without resorting to either a) an overhaul by a big-name EDM producer; or b) simply making music in the hope it will feature in some new Netflix drama, then you are lavished with praise.

Recorded in a pre-streaming era, Franklin didn’t really make her mark until that tenth record,I Never Loved A Man The Way I Love You, which hit No.2 on the Billboard 200. Her 1965 and 1966 records, Runnin’ Out Of Fools, Yeah!!! and Soul Sister, made an impact in the R&B charts, and no doubt their limited reach was largely in part due to the systemic racism of the time, with Black artists afforded little in the way of – well, anything, but especially “mainstream” radio and TV coverage, proper tour opportunities and good money.

Luckily for us, however, there is one thing a number of artists were offered then that they aren’t always offered now: the opportunity to try and try again.

As a title, however, Aretha Arrives effectively suggests the haste with which the album was recorded. I Never Loved A Man The Way I Love You had made that all-important breakthrough, so it was time to capitalise on that success.

New material, of course, takes time to write, rewrite, approve, arrange and learn. Meanwhile, Franklin had shattered her elbow while on tour, and recording sessions had to be delayed until she was healthy. The combination of these factors probably explains why most of the songs on Aretha Arrives are covers.

The album kicks off with a groovy, horn-fuelled version of The Rolling Stones’ (I Can’t Get No) Satisfaction. Next up is the standard You Are My Sunshine, which Franklin takes to the church on its way to Muscle Shoals, while her backing vocalists – her insanely talented sisters Erma and Carolyn – join in a call-and-response as Aretha builds up to kicking the song off. It’s a virtually unrecognisable arrangement – to its absolute credit. Punchy and groovy, it is also – incredibly – quite sexy.

The romantic ballad Never Let Me Go is gorgeous and, in fact, signposts the sort of material Franklin would go on to record in the 80s, her voice here sounding much older than her 25 years. It’s a song of longing, regret and worldly wisdom – all of which Franklin captures spectacularly. Another singer with a golden voice would breathe life into the song in 1993: Luther Vandross.

Aretha Arrives takes a swift pit stop at an unlikely little number: 96 Tears, a garage-rock staple released a year earlier, in 1966, by ? And The Mysterians. Though worlds apart from the gritty original, Franklin belts it out brilliantly. And that’s the thing about her voice: it is a skeleton key. Whatever song she sings, she unlocks something beautiful in it. She’s just as confident with a raunchy R&B dancer or a bruised ballad as she is a powerful gospel classic. Even if the song didn’t look or sound like something that would suit her voice, she would still find a way to make it truly her own.

Other covers on Aretha Arrives include the 1944 number I Wonder, originally recorded by Cecil Grant, a brilliant brass-backed version of Going Down Slow by St Louis Jimmy Oden, and That’s Life, most famously recorded by Frank Sinatra.

Willie Nelson’s Night Life also appears on the album. The red-headed stranger originally wrote it for his 1965 album, Country Willie: His Own Songs (which also featured his standout hit, Hello Walls). Here, however, Franklin replaces the song’s country feel with a huge dose of soul – to brilliant effect. Of course, if you wanted to inject that soulful feel into your songs, there’s only really one backing group that could help: The Muscle Shoals Rhythm Section, of whom organist Spooner Oldham, drummer Roger Hawkins, guitarist Jimmy Johnson and bassist Tommy Cogbill all appear here. Those glorious Swampers (as they were also known) are on terrific form and make Night Life a real standout.

Of the three original songs on Aretha Arrives, perhaps the best is Ain’t Nobody (Gonna Turn Me Around), which has some of the perfect qualities for a great Aretha Franklin number: drums that make you want to get up and shuffle, and those incomparable Sweet Inspirations (most notably the phenomenal and much underrated Cissy Houston) on backing vocals, delivering the same kind of “ooh” sounds that make Respect one of the best Aretha Franklin songs.

The song was written by Aretha’s sister, the mega-watt talent that was Carolyn Franklin, whose sisterly intuition always meant she could write perfect numbers for Aretha. Here that perfection takes the shape of a song about holding one’s ground and refusing to be sucked into another bad relationship: “Ain’t nobody gonna talk sweet talk to me/… I’m gonna take my love and put it on the shelf/Ain’t gonna give it to nobody else,” Aretha sings. Given that, while recording I Never Loved A Man The Way I Love You earlier in the year, her then husband, Ted White, started an altercation that stopped the recording process, and that, by 1968, Aretha would be separated from him (the pair subsequently divorced, in 1969), the song feels ever more powerful.

The only single released from Aretha Arrives was Baby, I Love You. You’d be forgiven for assuming it would be a cover of The Ronettes’ 1964 hit of the same name, but this is another original, penned by Ronnie Shannon, who also wrote Franklin’s hit single I Never Loved A Man (The Way I Love You). It proved a smart move to work with Shannon again. Baby, I Love You is a driving little soul number lifted to great heights, with The Swampers working their musical magic. They are also joined by King Curtis on tenor saxophone and guitarist Joe South (familiar to Bob Dylan fans for his work on Blonde On Blonde).

South would also be the man to provide that unforgettable tremolo guitar intro on Franklin’s Chain Of Fools, on the following year’s Lady Soul album. Baby, I Love You went to No.4 on the Billboard Hot 100 and No.1 on the R&B charts, while Aretha Arrives would land at No.5 in the US, proving that people were ready to sit up and listen. It wasn’t Aretha that had arrived, it was her fans – and they were in it for the long haul.

Check out our best Aretha Franklin songs to find out just why she remains the “Queen Of Soul”.