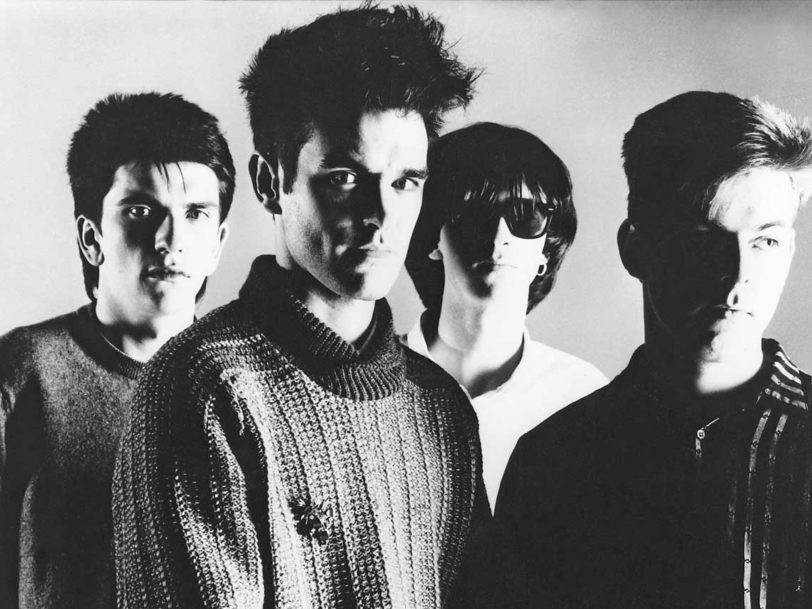 How Soon Is Now?: Behind The Smiths’ Immediate Classic

Innovative and instantly recognisable, The Smiths’ How Soon Is Now? refuses to age – despite initially baffling their label.

Innovative and otherworldly, How Soon Is Now? ranks as one of the best The Smiths songs of all time. Mystifyingly, it first appeared as a mere bonus track on the 12” version of William, It Was Really Nothing, but it later enjoyed chart success in its own right, and it’s recalled with particular fondness by its primary architect, guitarist Johnny Marr.

“One of the most identifiable things I’ve done”

“Singles-wise, my favourite is How Soon Is Now?,” Marr revealed in a 1990 interview with Guitar Player. “This sounds incredibly egotistical, but I wanted an intro that was almost as potent as [Derek & The Dominos’] Layla – when that song plays in a club or a pub, everyone knows what it is instantly. How Soon Is Now? is certainly one of the most identifiable things I’ve done, and it’s the track most people talk to me about.”

Marr conceived the basis of How Soon Is Now? during a marathon writing session in London’s Earl’s Court in June 1984. The same session also yielded the music for the band’s next single, William, It Was Really Nothing, and its flipside, Please, Please, Please Let Me Get What I Want – both of which The Smiths recorded with producer John Porter at London’s Jam Studios the following month.

The band’s three musicians enjoyed a night out on the town after successfully completing the two songs, but when they reconvened the following afternoon, they began work on what would shortly become How Soon Is Now? At this stage, the putative track had a working title of Swamp.

“I wanted it to be really tense and swampy”

“I arrived at the studio with a demo of the whole thing, apart from the tremolo effect,” Marr told The Guitar Magazine in 1997. “At the time, I was playing Bo Diddley stuff everywhere I went, so I wanted it to be really tense and swampy, all at the same time.”

A fan of James Brown, The Meters and American blues and funk in general, John Porter approved of The Smiths working up a new track with a distinctive groove. His encouragement led to the creation of something truly singular with the pulsing, heavily syncopated guitar figure which introduces the track. Achieving it a time when sample-based technology was only starting to establish itself, however, was a challenge in itself.

“It took an eternity”

“The tremolo effect came from laying down a regular rhythm part, with a capo at the second fret, on a Les Paul, then sending that out into the studio’s live room to four Fender Twin amps,” Johnny Marr said. “John was controlling the tremolo on two of them, and I was controlling the other two, and whenever they went out of sync, we had to stop the track and start all over again. It took an eternity. God bless the sampler, ’cause it would have been so much easier!”

Between them, Marr and Porter also layered the song’s distinctive slide part with help from an AMS Harmoniser, while Andy Rourke and Mike Joyce’s fluid rhythm track added further depth to the song’s dark, funky groove. Up to this stage, Morrissey hadn’t been involved in the process, but the new song went up another gear when he added his inimitable, ennui-stricken lyric.

“He sang one or two takes and it was done”

“I posted it, or somebody posted it, through Morrissey’s letterbox that night,” Porter told Q in 1994, “and then he came in the next day with his book and sang possibly one or two takes and it was done!”

Morrissey had been well aware his bandmates were working on the tentatively-titled Swamp, and had worked on prospective lyrics well before he received Porter’s cassette. When he visited the studio the next day, The Smiths’ frontman duly delivered one of his most emotive vocal performances.

Aside from its initial gambit – “I am the son and the heir/Of a shyness that is criminally vulgar” (adapted from a line in George Eliot’s Middlemarch) – Morrissey’s wordplay took on the song’s club-friendly groove in the most literal sense, in that his lyric referenced a nightclub where “if you’d like to go, you could meet someone who really loves you”. As the story played out, the exact opposite happened, with the song’s protagonist leaving alone, feeling forlorn and suicidal (“You go home and you cry and you want to die”). However, the stark contrast between the relative euphoria of the music and the personal catharsis of Morrissey’s performance only accentuated the fact that the newly-christened How Soon Is Now? was unique.

“A breakthrough for The Smiths”

John Porter subsequently mixed the song twice, with his superior second mix accepted as the one for widespread release. However, while the band and Porter (who felt sure the song sounded like “a breakthrough for The Smiths”) were buzzing about well it had turned out, Rough Trade initially had their doubts about How Soon Is Now?’s potential.

“I remember really liking it, but I think it took us a few weeks to realise how good it was,” label boss Geoff Travis told Q in 1994. “Obviously it came out as a single in its own right later. Maybe you could say we made a mistake not releasing that as the A-side.”

“It became this stand-out thing”

How Soon Is Now? debuted in August 1984 as the additional track on the 12” of William, It Was Really Nothing. However, the song’s reputation was rapidly boosted when it received sustained airplay on BBC Radio 1 shows hosted by John Peel, Janice Long and Annie Nightingale. In November 1984, How Soon Is Now? was included in The Smiths’ highly-acclaimed compilation Hatful Of Hollow and, after topping John Peel’s annual Festive 50 listeners’ poll, it finally received release as a single in its own right on 28 January 1985; it peaked at No.24, but a subsequent reissue, in 1992, climbed even higher, to No.16.

By this time, How Soon Is Now? was widely regarded as one of The Smiths’ most groundbreaking songs (Melody Maker’s rave review said, “Catharsis has rarely been tinged with so much regret, and shared with so much crystalline purity”), and it’s barely aged a day since.

“I thought they’d wasted it,” John Porter said in a 2020 Guitar World interview, reflecting on Rough Trade’s initial treatment of the song. “Subsequently, it came out again, and then it came out again as a single, and gradually over the years it became stand-out thing, you know? But it still sounds good to me. I’m quite surprised at how good it does sound.”