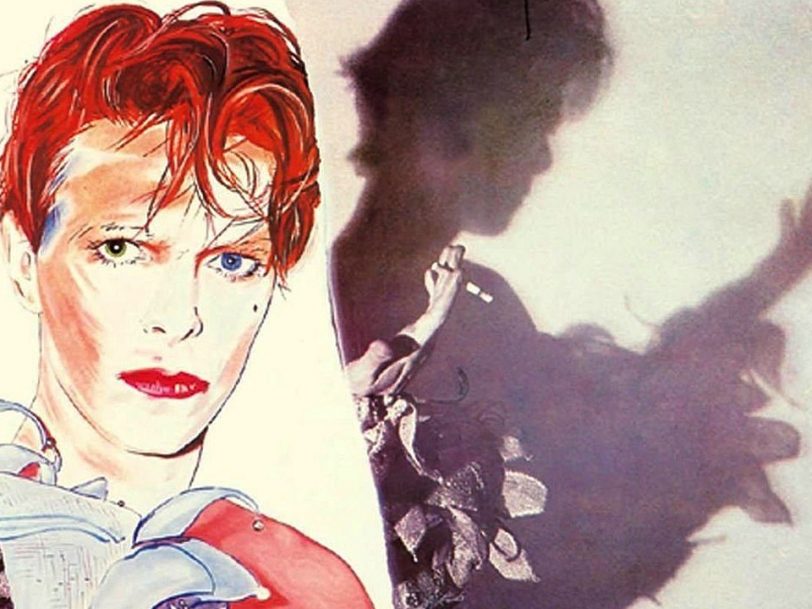 The ‘Scary Monsters (And Super Creeps)’ album saw David Bowie making peace with his past while setting himself up for a new decade.

Released in September 1980, David Bowie’s Scary Monsters (And Super Creeps) album saw the ever-evolving musician take stock of his dizzying 70s output and embrace the emerging sound of the 80s, resulting in his most direct collection of songs for some years. Arriving after the so-called “Berlin Trilogy”, Low, “Heroes” (both 1977) and Lodger (1979) – a series of groundbreaking albums largely recorded in the West German capital in close collaboration with producers Brian Eno and Tony Visconti – Scary Monsters (And Super Creeps) straddled his art-rock impulses with his natural flair for writing hit songs.

“We were pushing the boundaries further than ever”

After spending several years recording in Europe, Bowie looked to change things up for Scary Monsters, working in New York City and, in contrast to the in-the-studio experimentation of the preceding trio of albums, spending time developing songs before embarking on recording sessions. What’s more, the spiky, inventive sound he was pursuing saw him look to the emerging new-wave bands who themselves were obviously indebted to Bowie’s back catalogue. It paid off. Full of hook-crammed songs with an edge, Scary Monsters positioned Bowie at the forefront of pop music for a new decade.

Still, it took time for that vision to come into focus. Initial sessions took place in The Power Station in Manhattan, in February 1980, with Visconti on production duties for his eighth Bowie album in a row, along with trusty session players Carlos Alomar (guitar), George Murray (bass) and Dennis Davis (drums) forming the core of the band. After two-and-a-half weeks, however, only one song, It’s No Game, was complete, with the remainder of the tunes stalling at the backing-track stage, in need of their final melodies and lyrics.

After taking a two-month break to hone the material, Bowie resumed the sessions at Visconti’s own Good Earth Studios, on Dean Street in Soho, London. The brief hiatus paid off, as Visconti recounted in the liner notes for the 2017 box set A New Career In A New Town (1977-1982): “We were pushing the boundaries further than we ever had with this album… David had written the ‘Berlin Trilogy’ in the studio, sometimes while singing the lead vocal on microphone. This was a departure from procedure…”

As well as Bowie’s vocal tracks, guitar overdubs were laid down by King Crimson’s Robert Fripp on It’s No Game (No.1), Up The Hill Backwards, Scary Monsters (And Super Creeps), Fashion, Teenage Wildlife and Kingdom Come, with The Who’s Pete Townshend being drafted in to contribute to Because You’re Young.

The first taste the public had of Bowie’s new sound came with the August release of Scary Monsters’ lead single, Ashes To Ashes. Immediately establishing itself as one of the best David Bowie songs, it revisited the Major Tom character from Space Oddity, with lyrics set to a musical tour de force that traversed minimal space-funk en route to an elegiac chorus. While experimental, it was also undeniably infectious – and a huge hit, making No.1 in the UK and entering the Top 10 worldwide, and going on to become one of Bowie’s most well-loved singles. Meanwhile, the song’s award-winning video, directed by Bowie and David Mallet, proved Bowie remained ahead of the curve. At a cost of £250,000 it was the most expensive music video ever made at the time, but it was money well spent, as the clip became a staple of music-video TV over the following years.

Not going anywhere yet

Elsewhere, the epic Teenage Wildlife featured guitar lines that recalled those on “Heroes”’s title track. For a song that looked to his musical past, Bowie delivered lyrics from the vantage point of an elder statesman – offering some harsh words of wisdom to the new-wave upstarts while also making it apparent he wasn’t going anywhere yet.

And the hits kept coming. The clipped funk of Fashion recalled mid-70s gems such as Golden Years and Fame, yet was harder, more brittle, and evidence of Bowie’s taste for off-the-wall sound effects. Similarly, had he written Up The Hill Backwards earlier in his career, it may have been given the “plastic soul” treatment that defined his Young Americans album. Here, however, the song’s irresistible melody was festooned with metallic shards of distorted guitar, adding a sense of genuine unease.

Released on 12 September 1980, Scary Monsters (And Super Creeps) was a huge hit, reaching No.1 in the UK and No.12 in the US. Proving he could make a commercial success out of even his most experimental material, the album set Bowie up for a full-blown assault on the pop charts with his next record, 1983’s Let’s Dance.