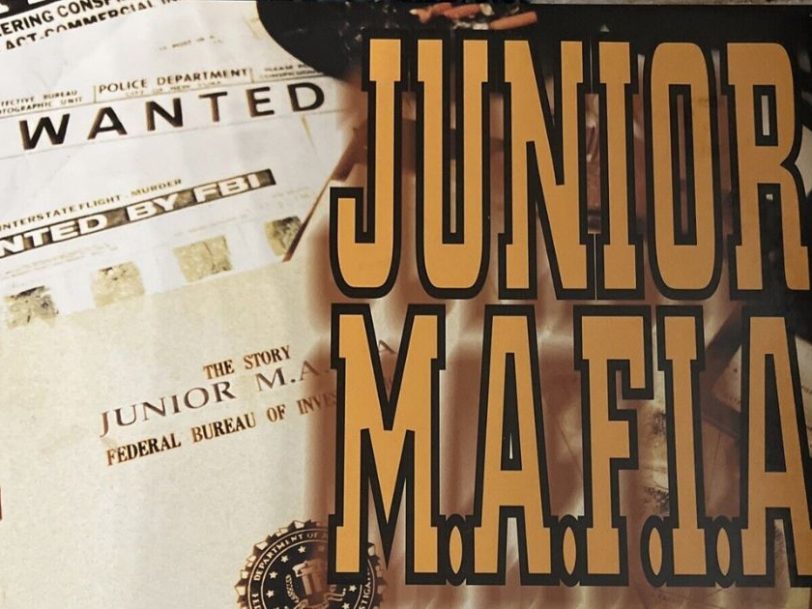 Under guidance from The Notorious B.I.G., Junior M.A.F.I.A. made their mark with Player’s Anthem, a classic slice of 90s hardcore hip-hop.

The New York City hip-hop icon The Notorious B.I.G. (aka Christopher Wallace) was still some time away from his tragically early death when he started a profitable side hustle issuing tracks with his own group of Brooklyn mentees, Junior Masters At Finding Intelligent Attitudes (better known as Junior M.A.F.I.A.). Emerging in 1995, the year after the release of Biggie’s impactful first album, Ready To Die, the group chiefly comprised of Biggie’s spunky, raunchy girlfriend Lil’ Kim Jones, plus the diminutive Lil’ Cease (aka Little Caesar, Biggie’s cousin), Cease’s companions Cheek Del Vec and Nino Brown, and friends Larceny, Trife and Klepto. The ensemble also played host to an array of starry guests, including the late R&B star Aaliyah (on the single I Need You Tonight), Biggie’s labelmate Jadakiss, Mobb Deep’s Prodigy, Wu-Tang Clan’s Method Man and the 80s veteran Special Ed. But they made their greatest impact with Biggie himself, on the tremendous, nihilistic hardcore song Player’s Anthem.

Released on 30 May 1995, as Junior M.A.F.I.A.’s debut single, Player’s Anthem was produced by one of Biggie’s key studio architects, Clark Kent. Also acting as the first taste of their debut album, Conspiracy – where it sat alongside other tough tracks such as the Del Vec-featuring, ESG-sampling Realms Of Junior M.A.F.I.A. – it clarified the group’s intent by sticking to contributions from Biggie, Cease and Kim.

Opening with Biggie’s unforgettably fruity chorus, Player’s Anthem then gives way to Cease, who takes the world-class bragging epic’s quality first verse: “Got mad guns up in the cabin/’Cause Cease ain’t the one for the dibbin’ and dabbin’/I make it happen.” Stepping in with “I’m surrounded by criminals/Heavy rollers, even the sheisty individuals,” Biggie’s verse follows; quotable end to end, it’s a mass of internal rhymes and evocative imagery which peaks on a particularly bleak line about robbing a preacher in church and leaving him wounded, “his pockets like rabbit ears”. And yet, Biggie proclaims, “My mind’s my nine, my pen’s my MAC-10,” as he professes to be most interested in “Caviar for breakfast, champagne bubble baths”. Kim rounds things out by showing herself to be as tough as her male counterparts: “Proteins and minerals, exclude subliminals/Big Momma shoots the game to all you Willies and criminals.”

A solid demo of Player’s Anthem was also recorded, with Biggie rapping Cease’s verse. The creeping bass and tinkling percussion that characterises the woozy finished cut came from The New Birth’s soulfully staggered 1972 jazz-funk cut You Are What I’m All About. Alongside some disorientating reversed female vocals, the song also scratched in a sliver of Slick Rick, lifted from the 1985 classic La-Di-Da-Di (a different part of the Golden Age tune ended up being re-sung on the chorus of Biggie’s 1997 smash Hypnotize – a clear indication of one of Biggie’s primary inspirations). Other crate-diggers have even heard a smidgen of Jamaican icon Yellowman in Biggie’s flow on the mafioso meisterwerk.

Clark Kent remixed Player’s Anthem for one of the single’s B-sides, going for a brighter, more dramatic take and sampling from 70s soul legend Minnie Riperton. However, the song’s promo video stuck to the album mix for a clip in which Junior M.A.F.I.A. are under surveillance, Biggie turning up decked out in a playfully absurd red leather coat, and Kim making her appearance in ostentatious furs.

Player’s Anthem had an unexpected second act. Biggie’s sometime friend, then rival, Tupac Shakur soon pinched and rearmed a lyric from the tune for his own Hit ’Em Up, sparking grumblings about possible lyrical reprisals, and making the song an indelible part of the legendary East Coast-West Coast feud, which came to a tragic end a couple of years after its release.

Repping the rap world as hard as anyone

Cease and Kim both featured on Biggie’s landmark second album, 1997’s Life After Death, released just weeks after Biggie’s murder – a shocking event witnessed by Cease. Without their figurehead, Junior M.A.F.I.A. went on hiatus, though recordings they’d made before Biggie’s death appeared on the posthumously released Born Again album. The group also featured on Kim’s solo records, as she became a force to be reckoned with, before a three-man Mafia eventually released a follow-up to Conspiracy, 2005’s under-promoted Riot Musik.

Kim and Cease remain active up to the present day, and further tracks featuring Biggie and Kim – raw, violent demos recorded with Stetsasonic’s Daddy-O (presumably at the time of Conspiracy) and released by the hip British rarities label Chopped Herring – have emerged in recent years. However, Junior M.A.F.I.A. will always be best remembered for their first flush of youth, when the likes of Player’s Anthem, and other standout cuts such as Kim and Biggie’s creamy, hiccuping Get Money, were repping the rap world as hard as the best Notorious B.I.G. solo songs.